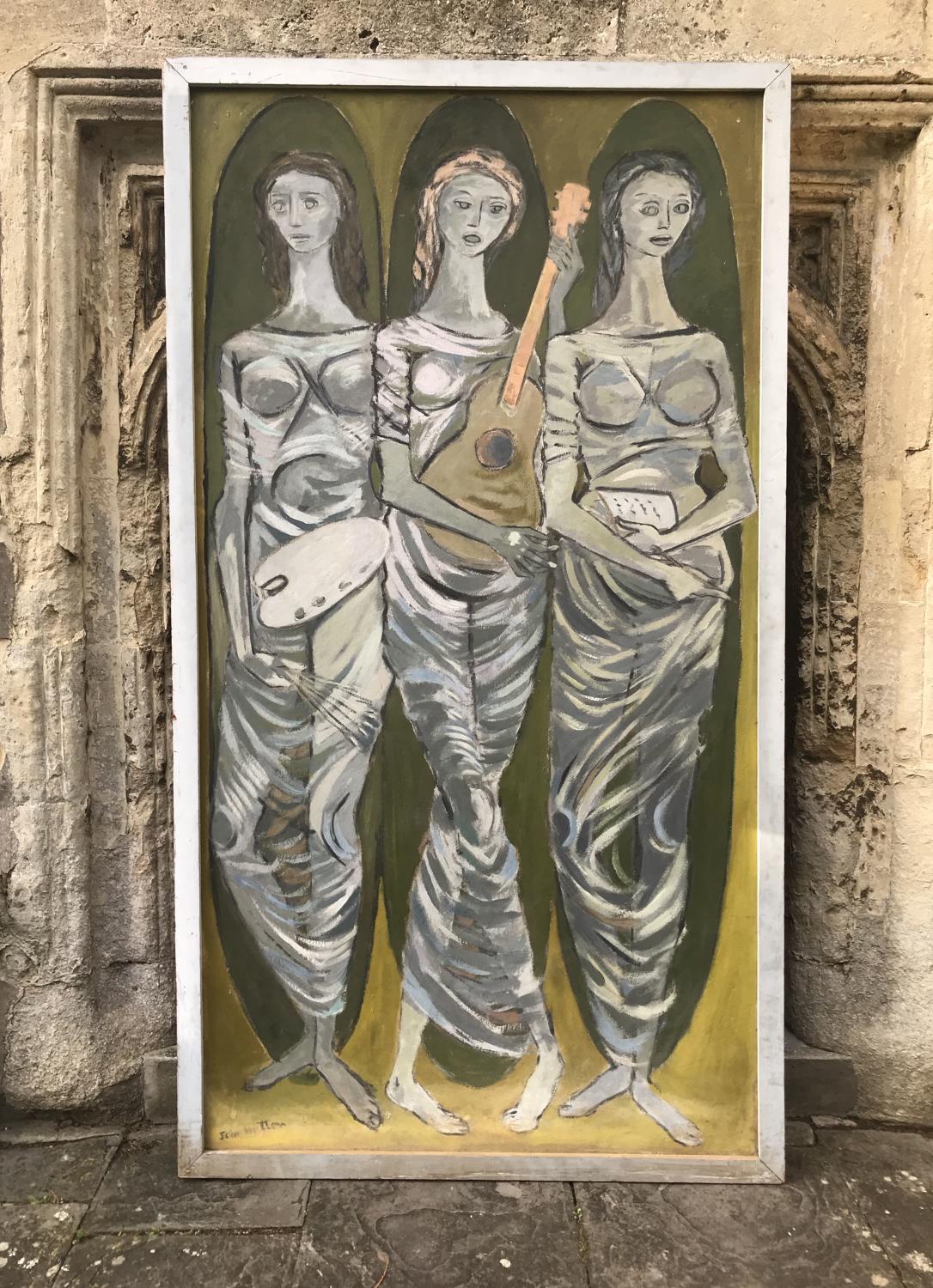 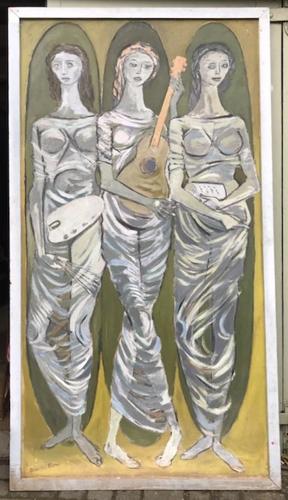 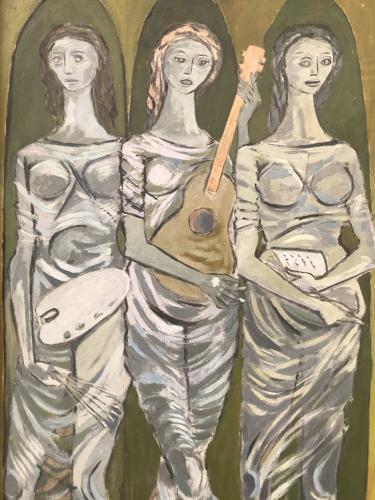 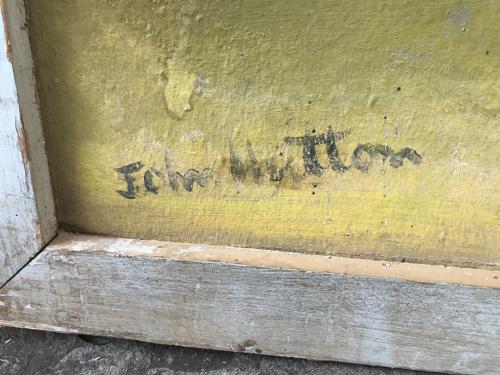 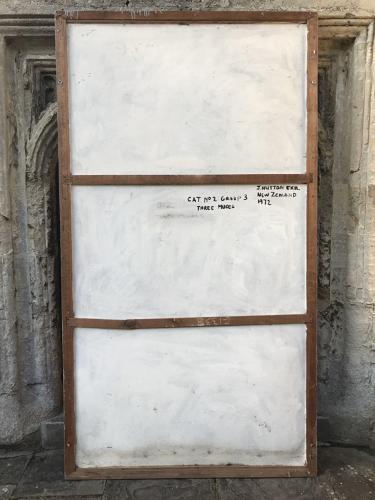 This large scale work was included in a 1972 solo exhibition of the artist in New Zealand. Supported and promoted by the Queen Elizabeth II Arts Council it was arranged as an acknowledgement of John Hutton's standing in the art world and as one of the country's most distinguished expatriate artists.

John Hutton was born in Clyde, New Zealand in 1906. He moved to the UK in 1935 and developed an interest in mural painting, working for the Paris Exhibition 1937 and various mural commissions including a series of four panels depicting the seasons for the restaurant area on the Cunard ship Caronia. During the Second World War he was a camouflage officer. After the war he continued with large-scale paintings for the 'Britain Can Make It' Exhibition in 1947 and the Festival of Britain in 1951.
In 1947 he designed his first large scale glass engravings for which he is now primarily known and by 1953 he had developed a unique method of engraving using a grinding wheel attached to a flexible drive.

John Hutton is most famous for his glass engravings on the Great West Screen of Coventry Cathedral, UK, known as the "Screen of Saints and Angels", 66 larger-than-life figures that took ten years of creation for which he received instant acclaim in 1962. Other notable commissions include panels for Guildford Cathedral, The Shakespeare Centre, The Dunkirk Memorial, The Civic Centre Newcastle, Plymouth Civic Centre, National Library of Ottowa, Canada and many others.