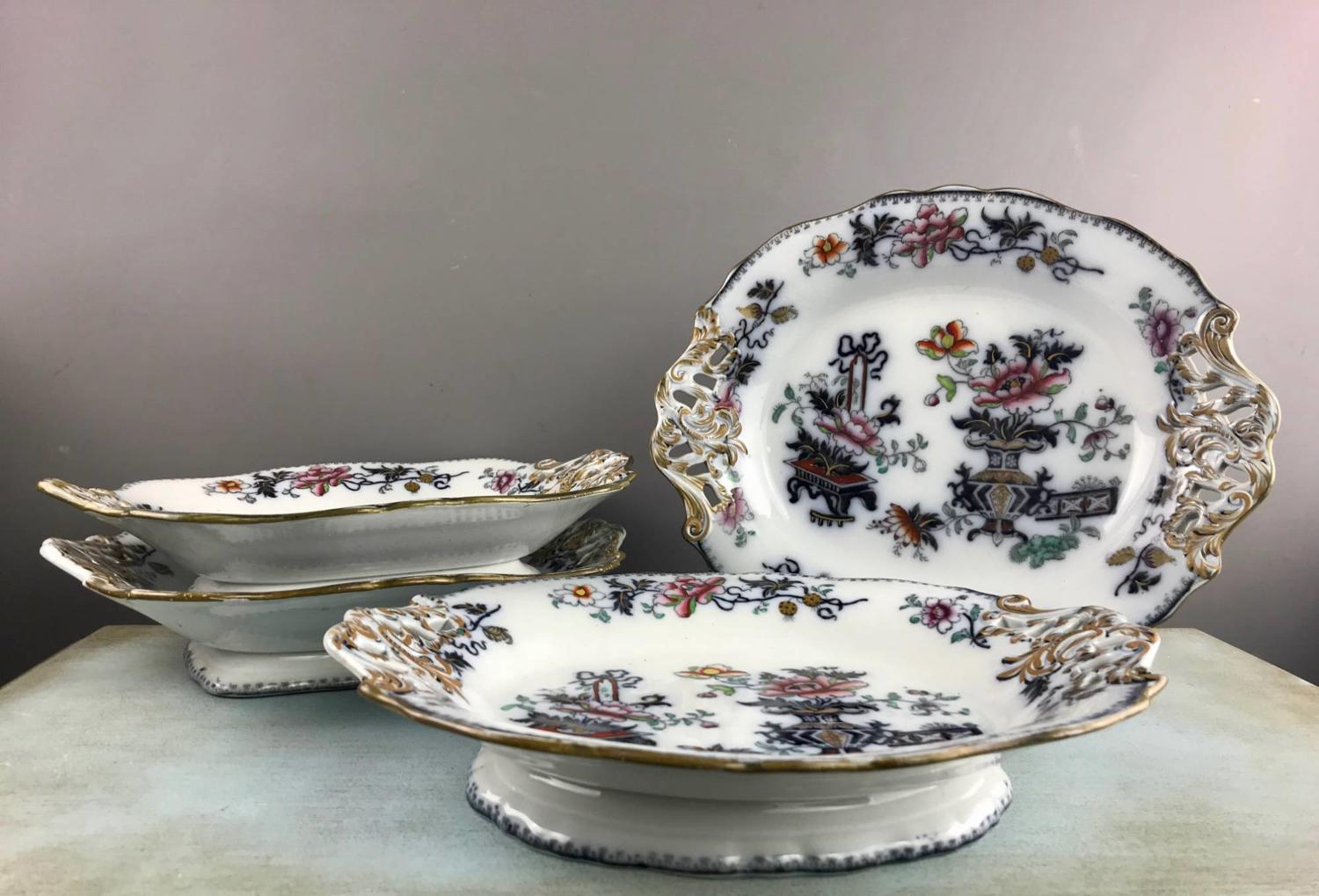 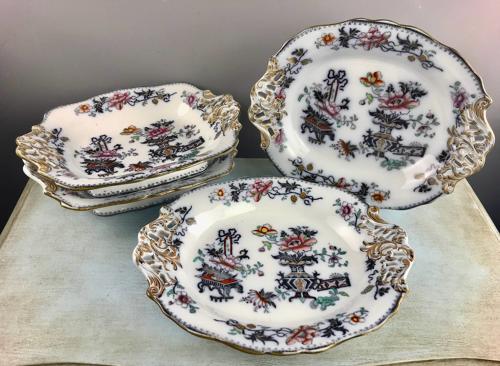 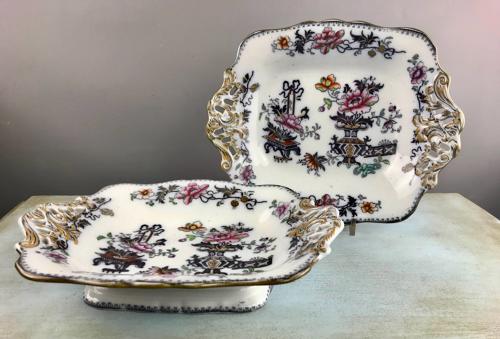 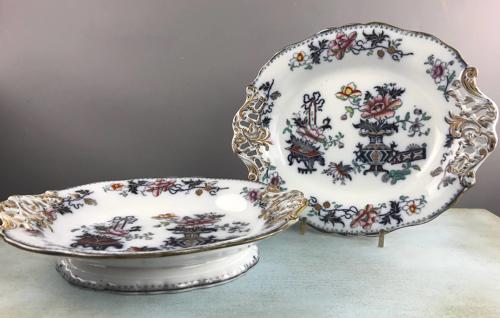 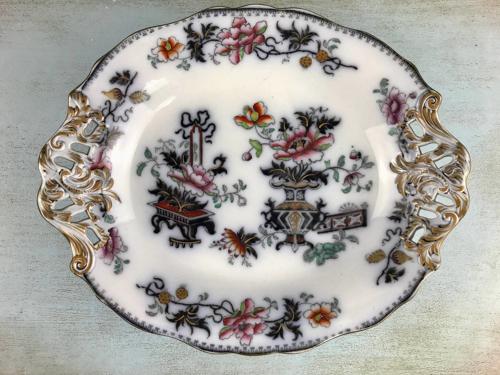 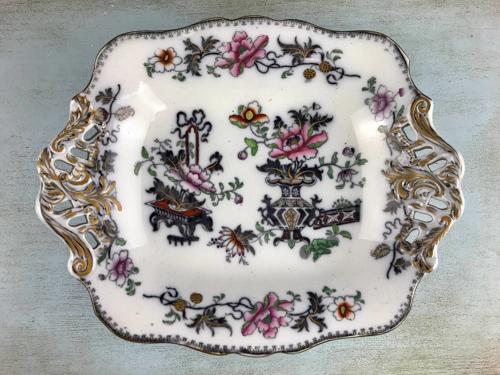 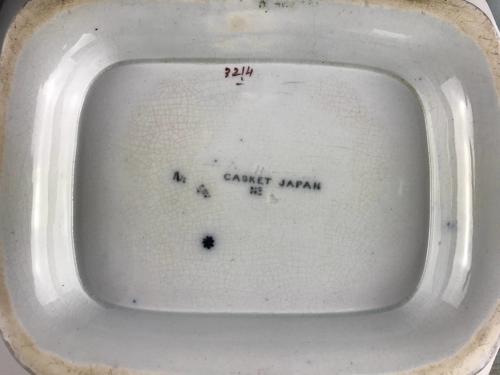 SOLD
Two pairs of Francis Morley 'Casket Japan' pattern serving dishes / tazzas, circa 1850.  One pair being oval in shape and the other pair rectangular, of two handled form with pierced handles and raised on a shaped foot.  Printed in underglaze blue and overpainted in colours and gilt.  All dishes printed with the pattern name 'Casket Japan', numbered 3214 to the base and also various impressed marks.
Although the dishes do not bear any makers mark the 'Casket Japan' pattern is attributed to Francis Morley.  Morley purchased Mason's pattern back catalogue in 1848 and the pattern is very reminiscent of Masons Japan Basket. Morley operated from 1845 to 1858 after which he went into partnership with Ashworth.
The patterns of the firm of Masons were passed on after the death of Miles Mason by Auction. The auction was held in 1848, offering for sale the engraved rollers and stock of copper plate engravings of the Mason patterns. The majority of these designs and copper plates were purchased by Francis Morley, a potter who was originally in partnership with Ridgway, Morley, Wear & Co. Morley then traded under his own name from 1845-58 later to become partners with G. L. Ashworth, 1858-60. Francis Morley then retired, passing on to Ashworth the archive including valuable copper plates and trade marks from the Mason firm.
All the dishes are in excellent condition, the colours remain bright with no crazing to the glass.
28cm long x 23cm wide x 5.5cm high.
I would be happy to split the pairs if preferred.