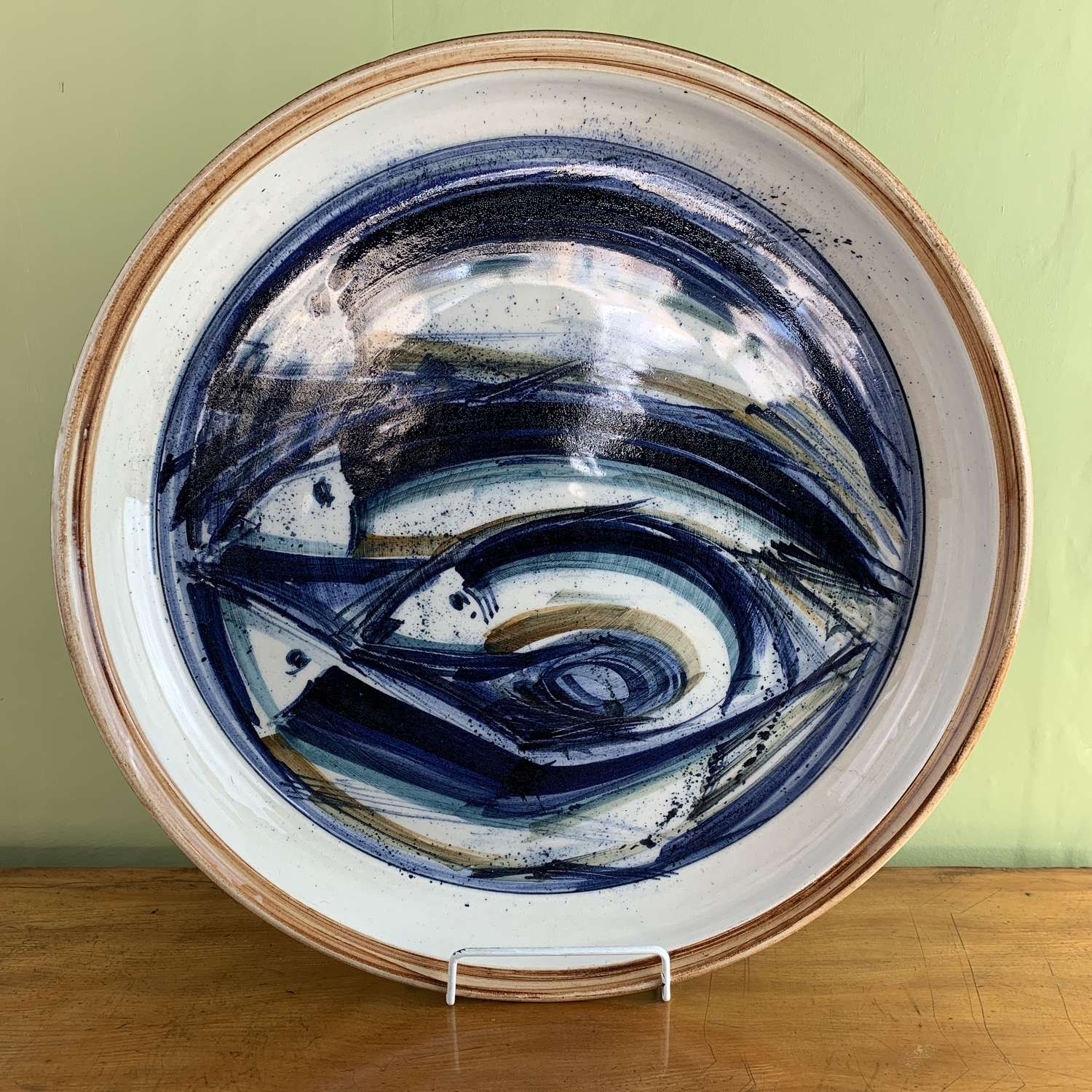 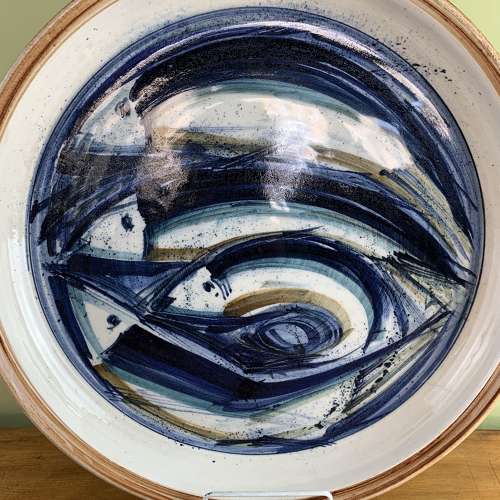 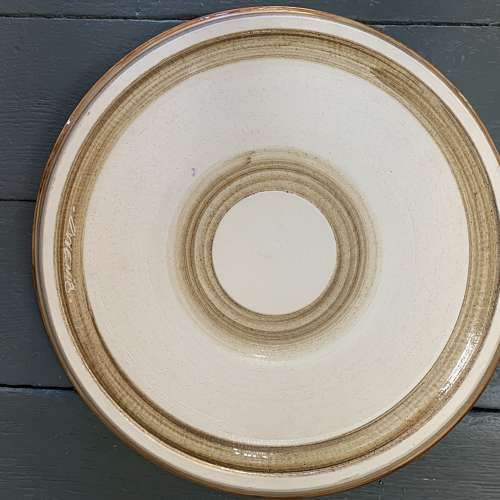 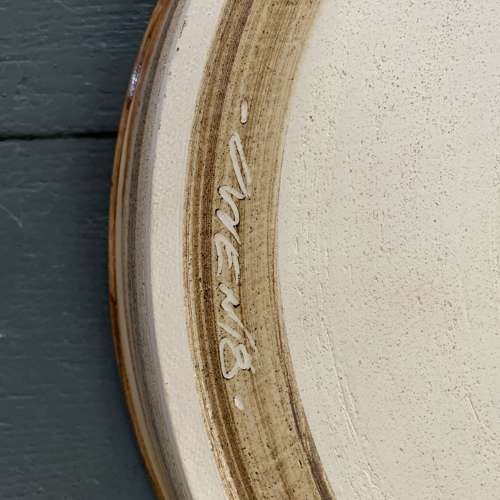 A large pottery platter by Roger Owen, hand painted with bold brushwork in blue oxides with a shoal fish, within ochre banded borders, signed 'Owen 18' to the reverse.

Originally from North Pembrokeshire, Roger Owen has lived and worked in Bristol since the late 1970's. His creative work has developed through a multi-disciplinary approach centred on drawing and print, often realised through ceramic media. He has a particular interest in expressive mark-making, in Eastern Art and calligraphic brushwork the influence of which is evident in his series of platters.

He currently has a workshop in Maze Studios, Barton Hill, Bristol and teaches drawing and 3D practice in schools, further and higher education in the South West of England. He is a tutor at the Folk House, Park Street, Bristol.