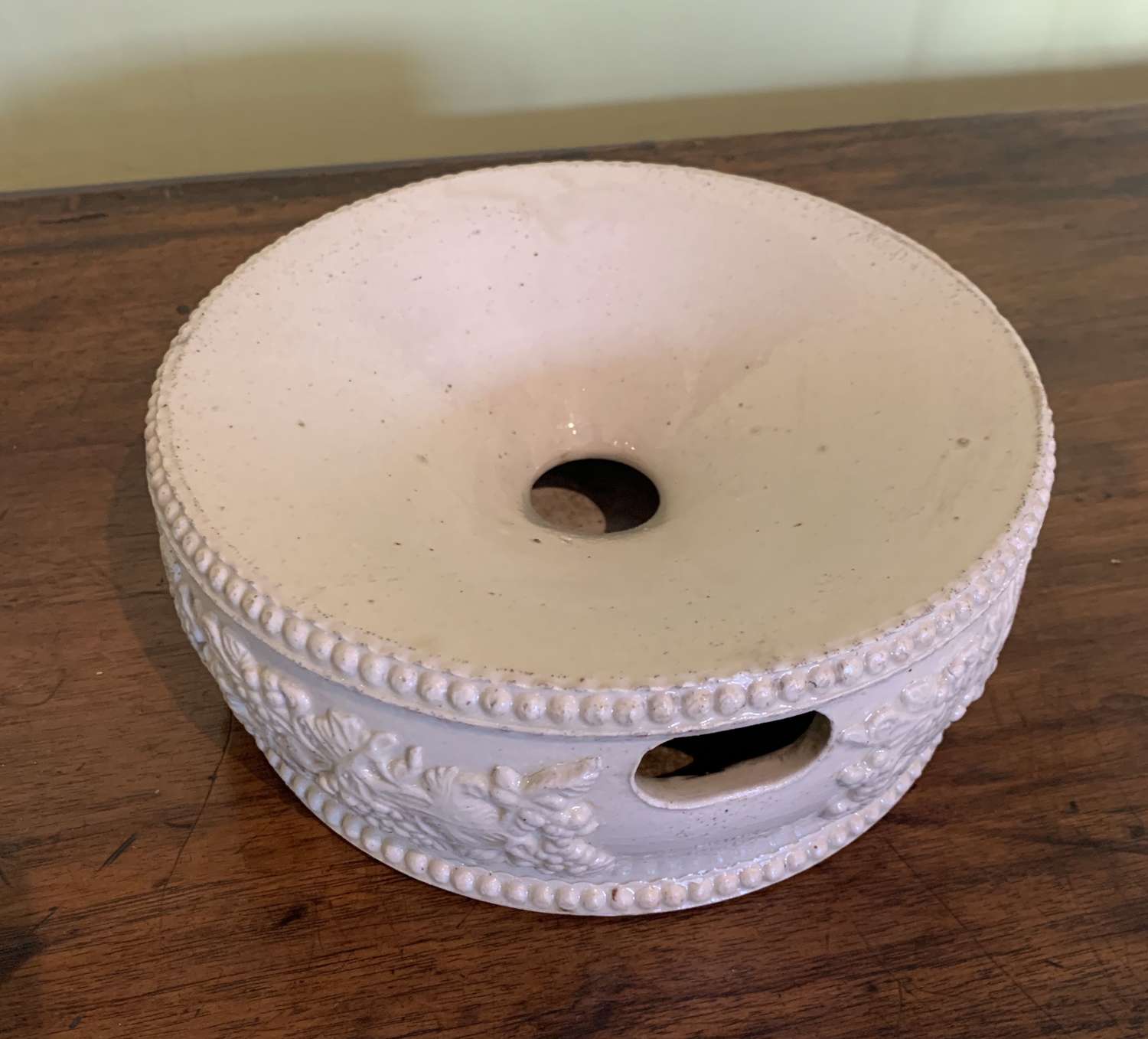 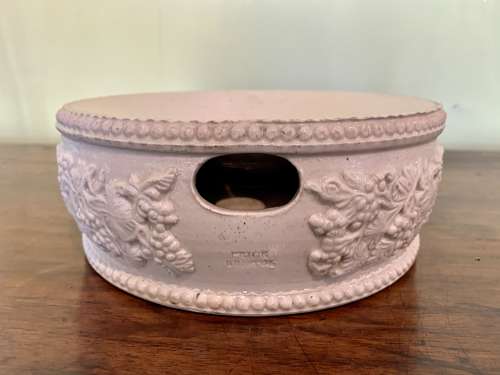 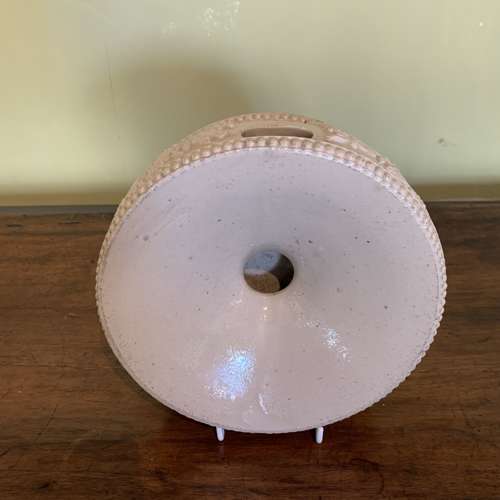 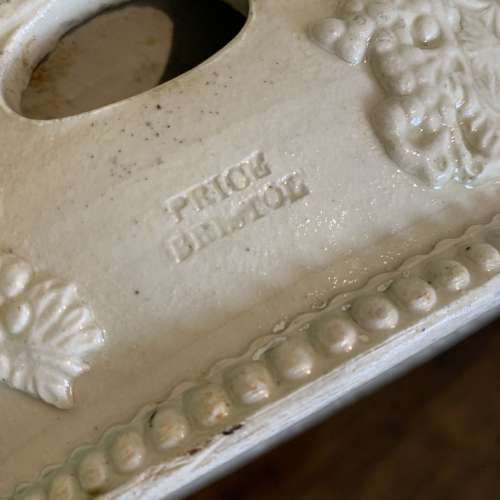 A rare saltglaze stoneware spittoon by Price of Bristol, mid 19th century, of circular dished form with a central aperture, the sides with applied sprigging of grape vines within beaded borders and with an oval aperture for emptying the contents. Stamped with makers mark 'PRICE BRISTOL'.

These spittoons were commonly found in pubs during the 19th century,

Charles Price established himself as a potter of brown stonewares 'next to The Bunch of Grapes, Thomas Street', Bristol in 1809.  By 1812 the company was exporting stoneware to Waterford, Dublin, Cork, Youghall, Limerick, Belfast, Dundalk, Newry, Guernsey, Jersey, Jamaica, New Brunswick, Newfoundland and Calcutta.
The company exhibited widely at International exhibitions throughout the 19th century including the International Exhibition in Philadelphia 1876 and won a Prize Medal at the Paris Exhibition in 1867.