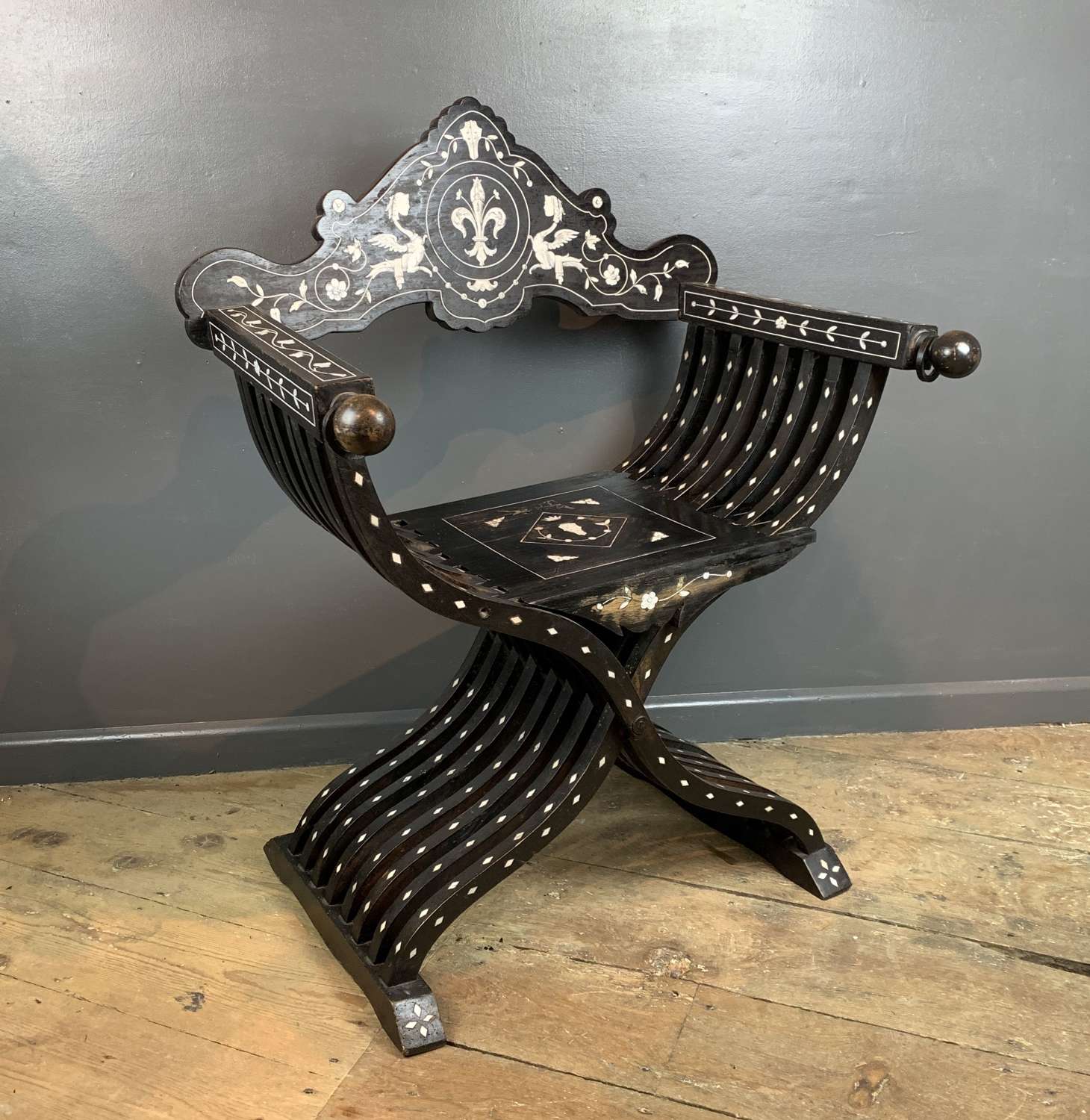 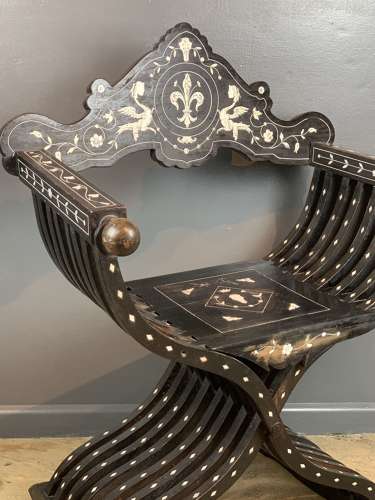 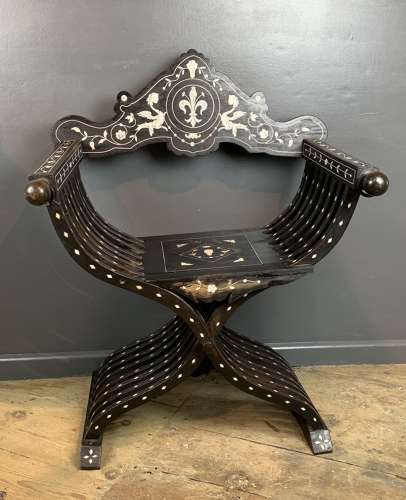 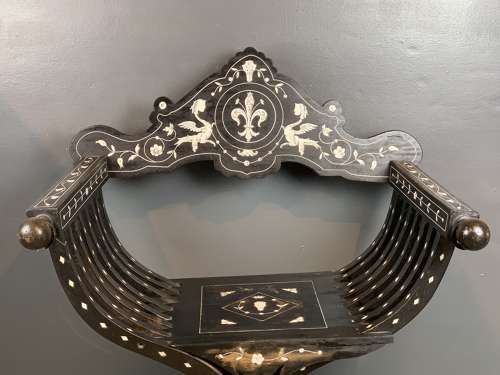 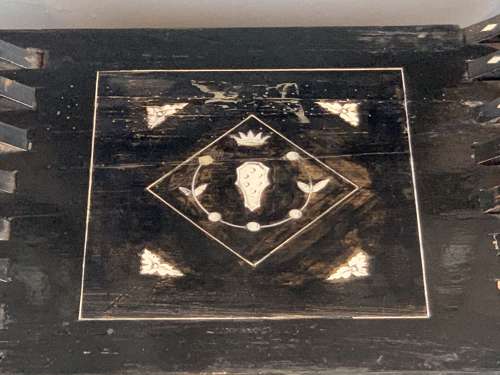 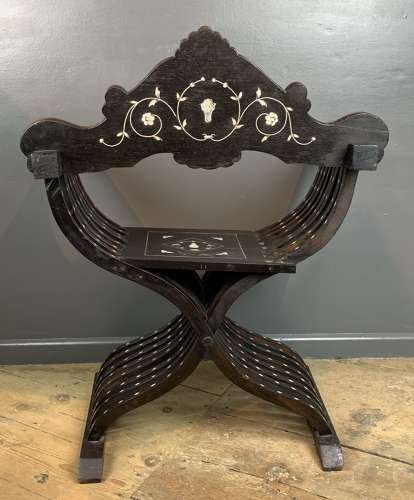 A 19th Century North Italian Renaissance revival ebonised and inlaid Savonarola chair in the manner of Ferdinando Pogliani, the shaped back inlaid with a central fleur de lys, grotesques and scrolling foliage, the X shaped frame with inlaid decoration throughout including the reverse of the back panel and seat with the Medici family arms.

The underside of the seat with 19th Century trade label fot Giovanni Bacci of Florence.