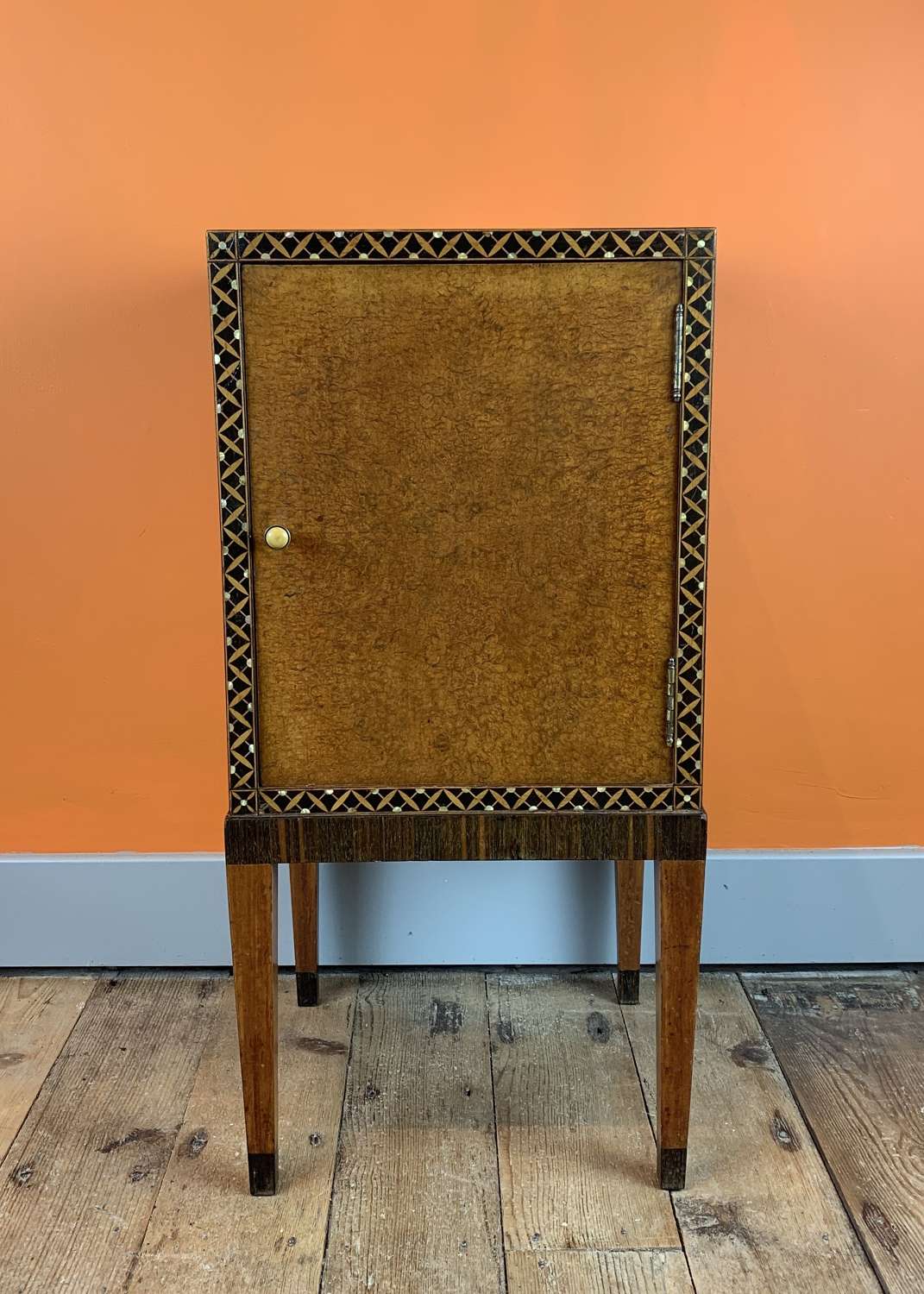 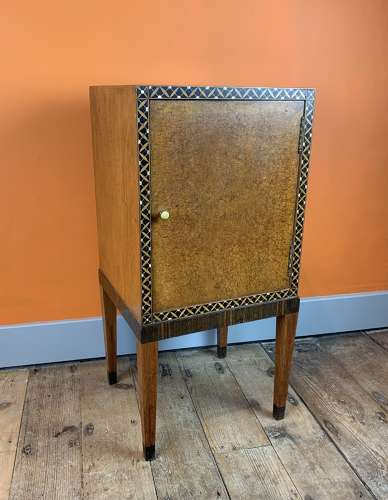 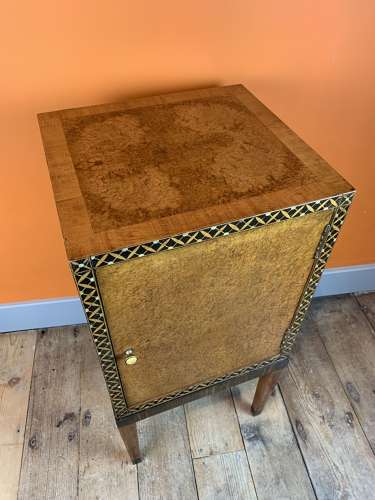 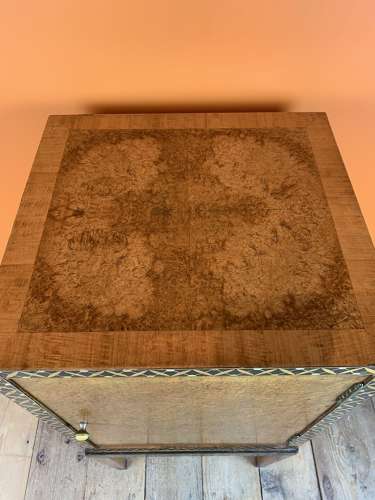 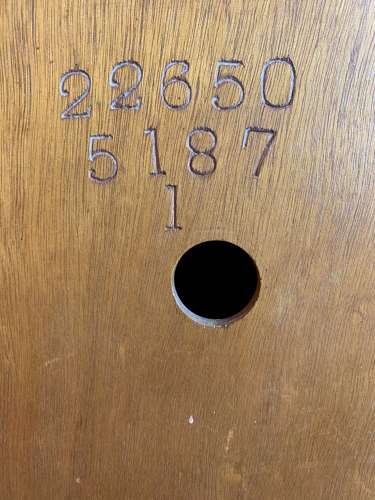 An Art Deco inlaid burl amboyna bedside cabinet / pot cupboard, circa 1930, designed by Charles A. Richter. The quarter veneered top with a satinwood cross-banded border, the front with a single door with a ivorine knob handle and an inlaid border of rosewood, satinwood and mother of pearl in a cross-hatched design, raised of square tapering satinwood and rosewood legs, the interior with a single shelf. The back stamped '22650 5187 1'

Bath Cabinet Makers Ltd. were working in Bath between 1892 - 1959 producing high quality furniture. Under the management of head designer Charles A Richter (1876–1945) until 1934. Its furniture was regularly illustrated in The Studio Magazine and sold at high end stores such as Maples and Harrods in London. They won many international prizes including at the British Empire Exhibition at Wembley of 1924 and the Paris Exhibition of 1925. A variety of styles were produced, from Parisian-inspired versions of 'Adam' to Art Nouveau, Art Deco, Arts and Crafts and streamlined Modern, often using a large range of exotic woods and veneers. They designed and supplied the furniture and fittings for Cunard's luxury liners, the Queen Mary and the Queen Elizabeth.