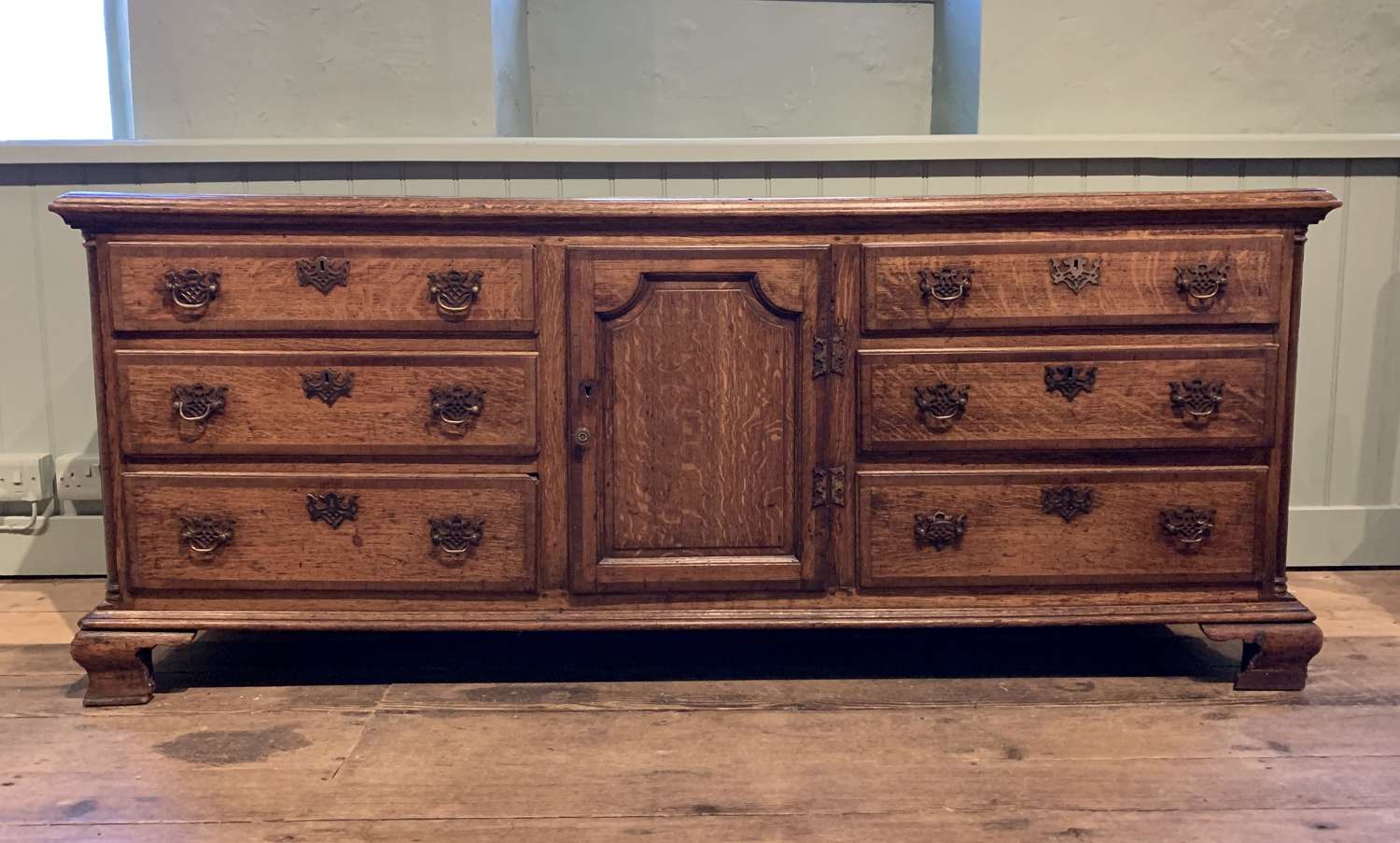 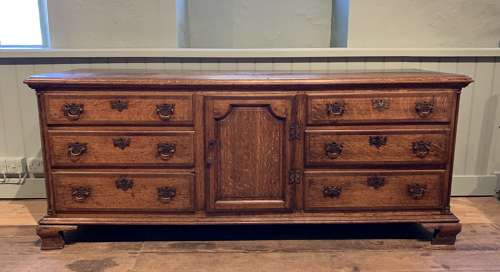 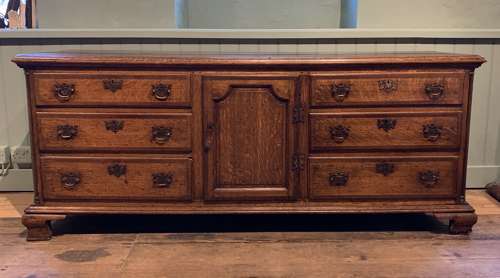 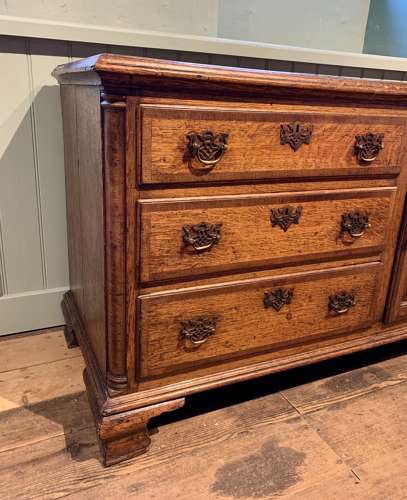 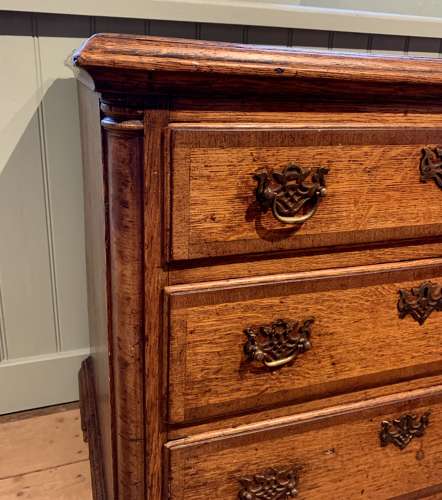 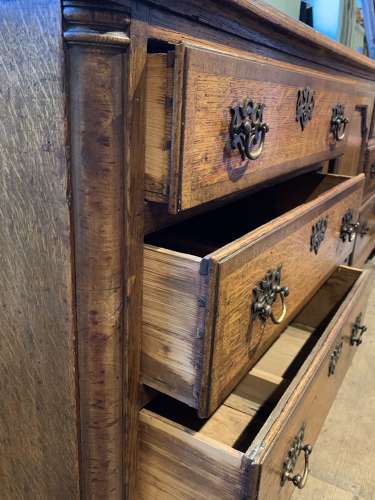 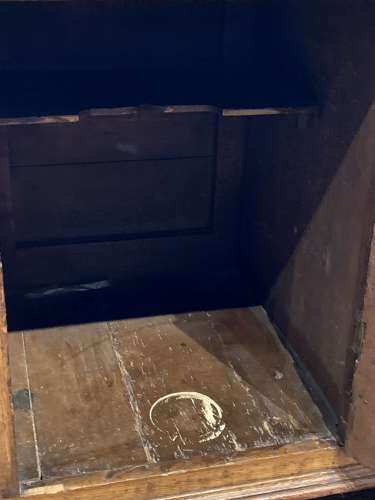 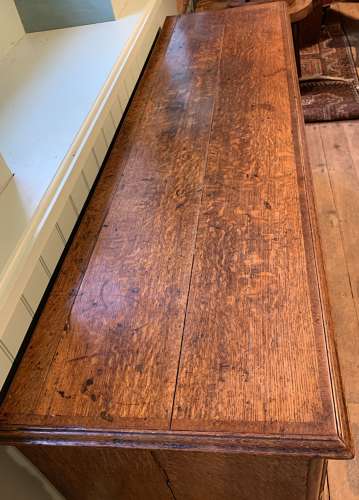 A good George III oak dresser base, circa 1760, the mahogany cross-banded rectangular top with moulded edge over a central cupboard door flanked by two banks of three mahogany cross-banded drawers, the brass swing handles with pierced back-plates and escutcheons, with quarter columns to the corners and raised on ogee bracket feet.

In good condition overall and of nice golden colour which is not too dark.