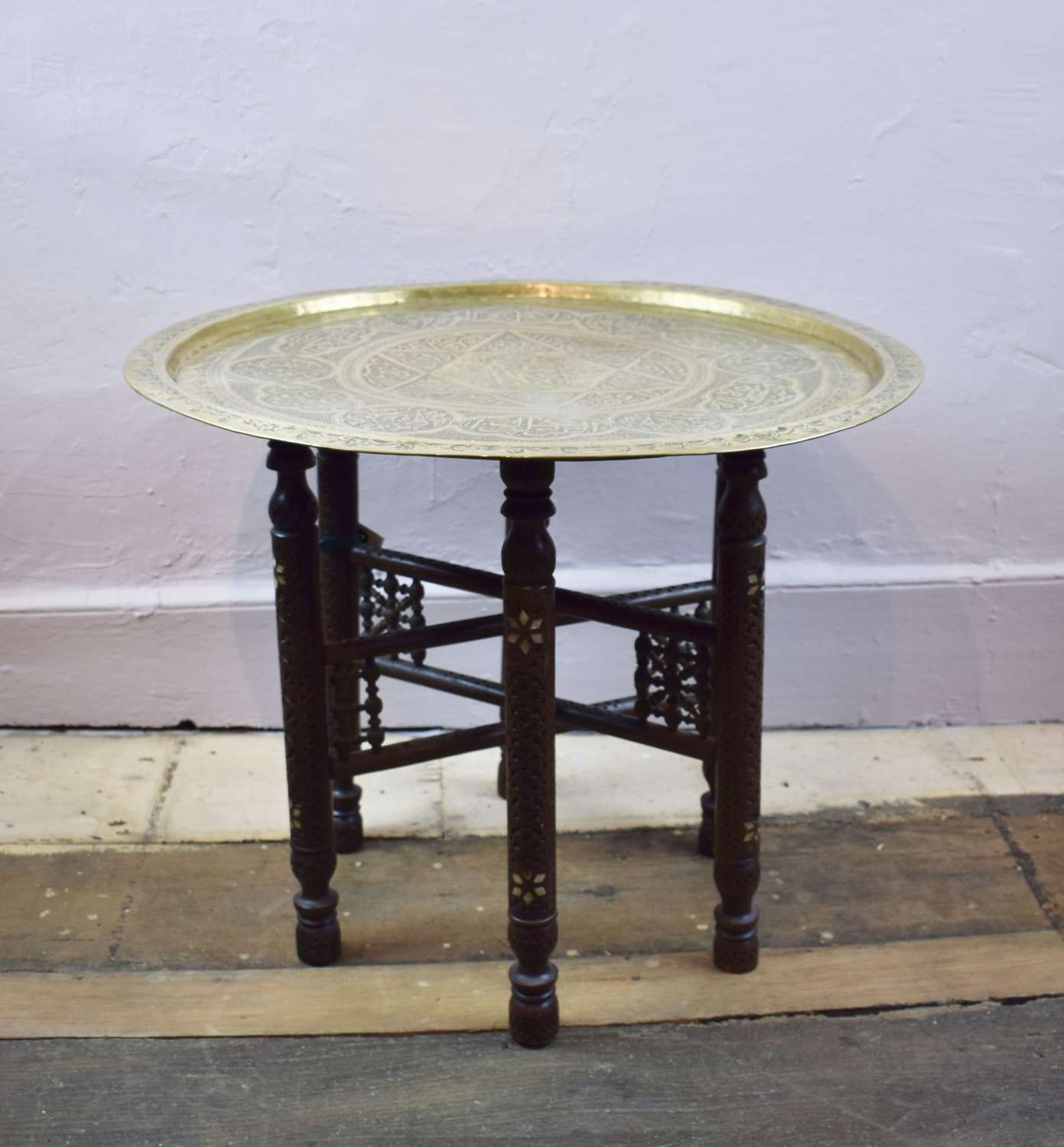 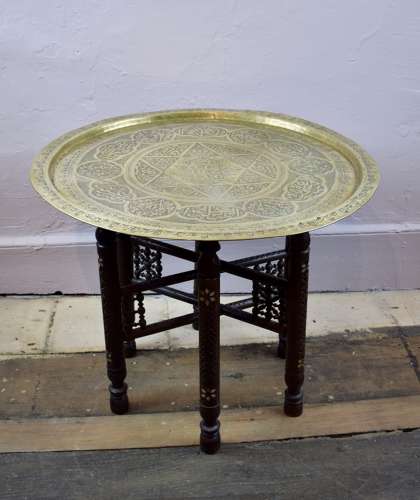 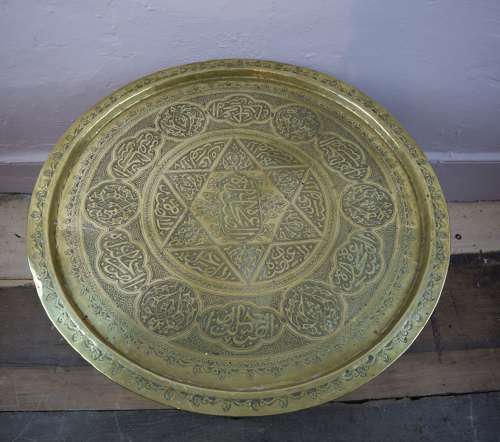 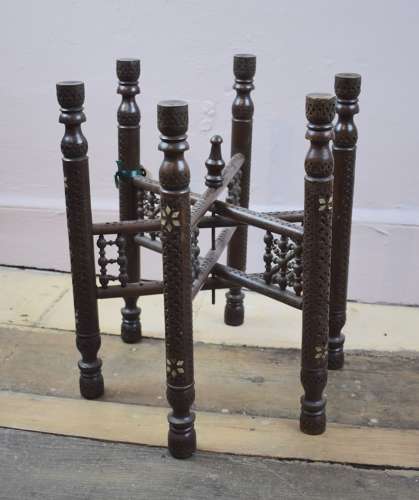 An Islamic brass tray top table, the circular brass top engraved with a central star of David surrounded by multiple cartouches and borders containing Arabic script, upon a bobbin turned and mother of pearl inlaid folding base.

This type of table of folding brass tray topped table can be found in many Middle Eastern and Berber countries and are often referred to as Benares tables.

This example dates from the early 20th century and is particularly nicely engraved.