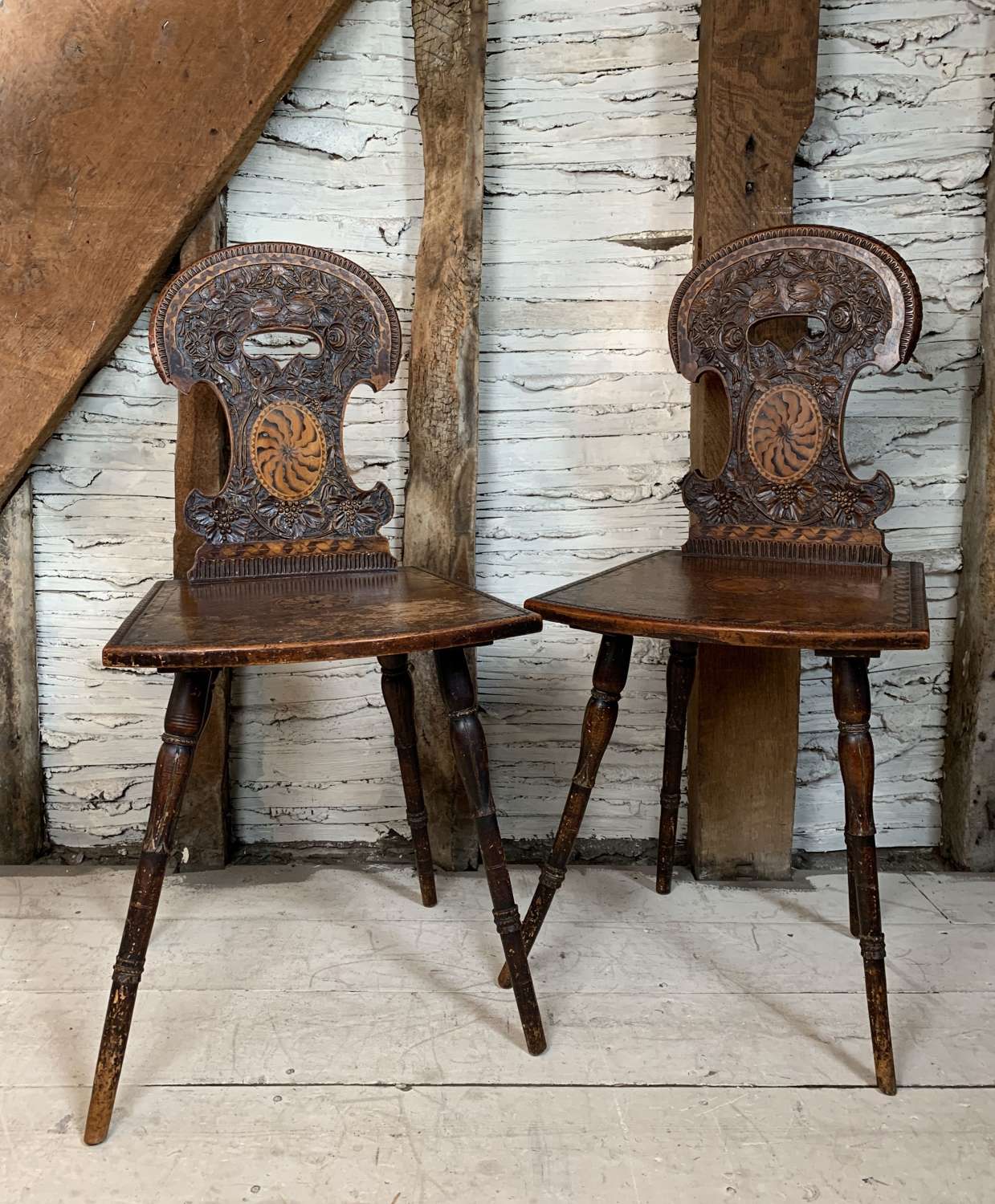 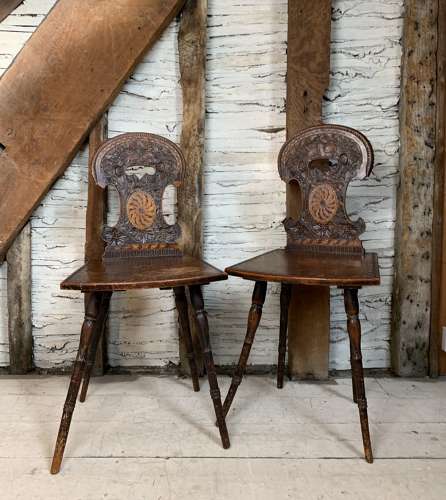 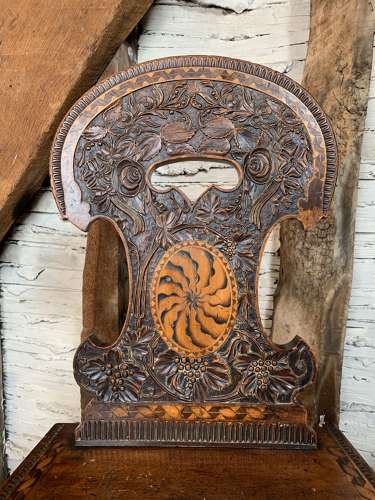 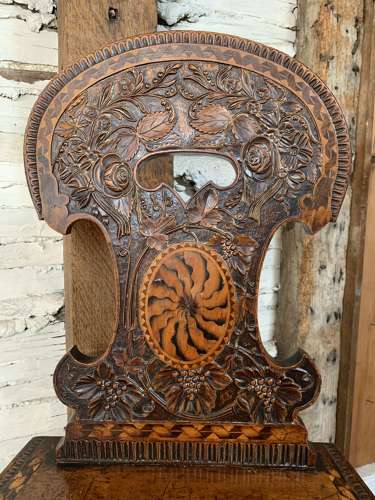 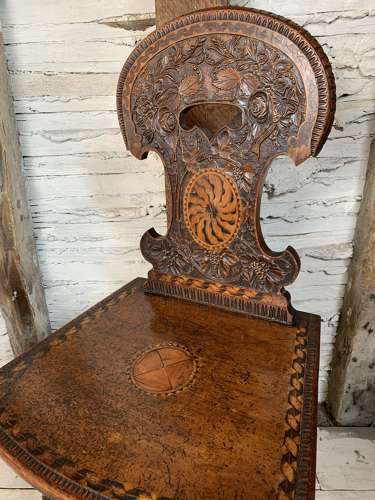 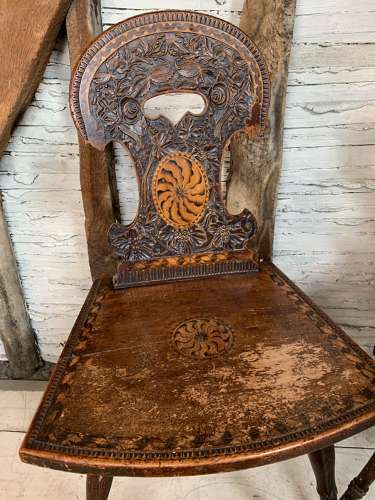 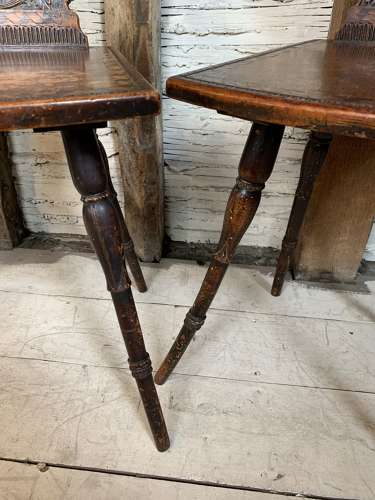 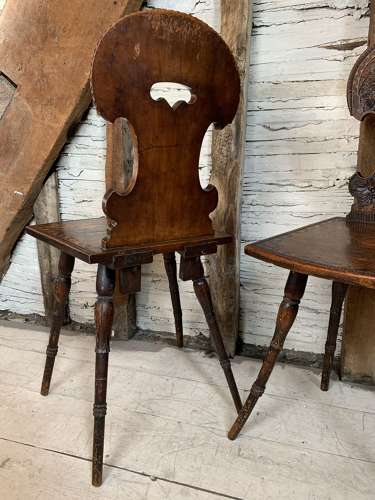 A pair of Swiss Alpine Staballen chairs in Renaissance Revival style, late 18th century / early 19th century. the shaped backs finely carved with roses and foliage with a central inlaid paterae and ribbon inlaid borders, the seats similarly inlaid and upon lappet carved and turned supports. The underside of one seat with the remains of a trade label for 'James A Butti, Queen Street, Edinburgh'.

A very finely made pair of traditional Swiss chairs. The backs of both are in excellent condition however both seats have issues. One has a crack where the timber has parted and wear to the polish, the other has had the central section of the inlaid panel replaced with quarter veneers and the front left leg of this chair is slightly warped.

NB: James Alexander Butti was a ‘Fine Art Collector and Dealer in Articles of Virtu’ as well as a carver and gilder. He operated from 7, Queen Street, Edinburgh in the late nineteenth and early twentieth centuries. His father, Louis Joseph Butti, had co-owned a similar carving and gilding business called ‘Zenone and Butti’ which dissolved in 1824. In 1861, James Butti was charged with ‘exhibiting indecent stereoscopic views for sale’, the case was subsequently dismissed. Amongst James’s most important clients was General Augustus Pitt Rivers who founded the Pitt Rivers Museum in Oxford in 1884.