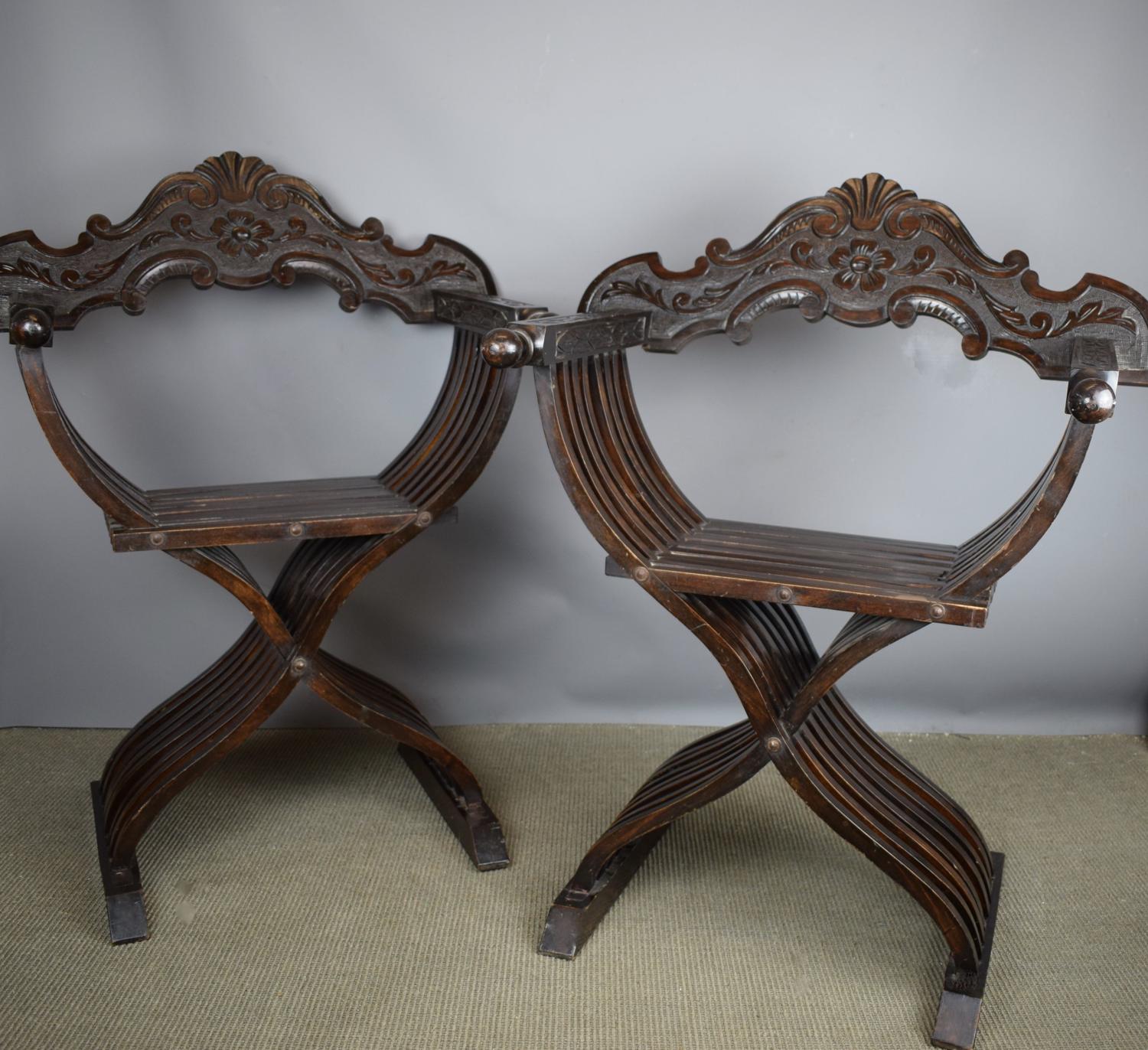 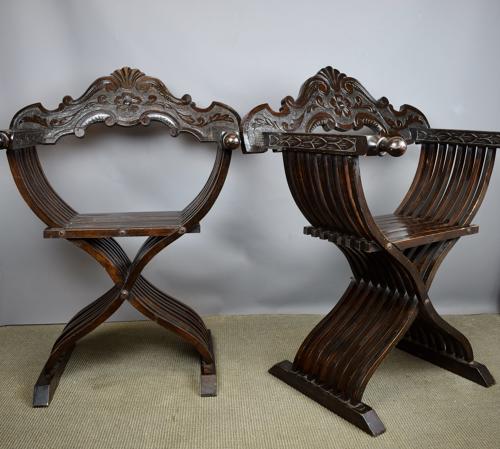 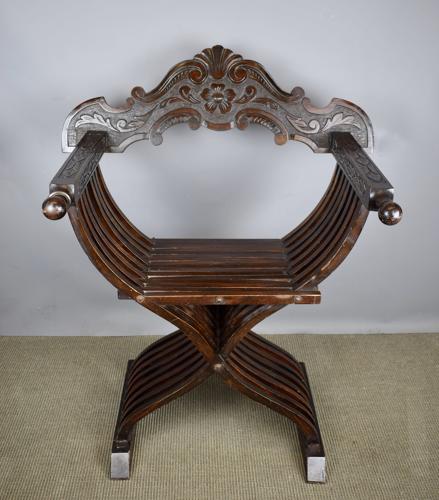 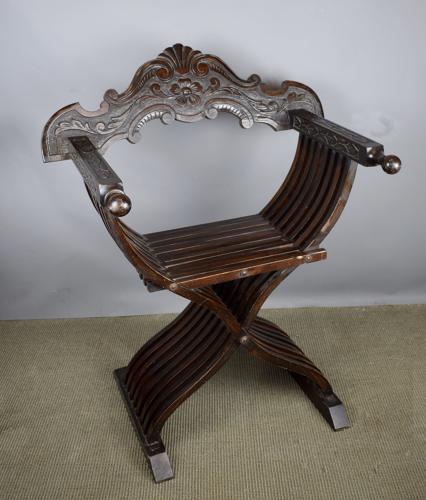 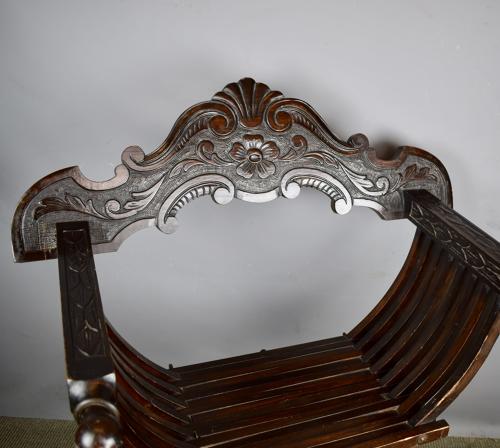 A pair of Italian X framed Savonarola chairs, with foliate carved removable back rails and chip carved arm rests with rings to the bulbous terminals.

These chairs are stained beech and date from the late 19th century. The condition overall is good, one of the back rails has a repair to the left hand side and one of the rings to the arm terminals is missing. They have screws inserted to the rear of the seats so they no longer fold.

The X framed folding chair dates back to antiquity and was originally a symbol of magisterial power. The name Savonarola comes from the religious zealot Girolamo Savonarola who led Florence during the Renaissance. He owned a chair of this style which became popular during the19th century.