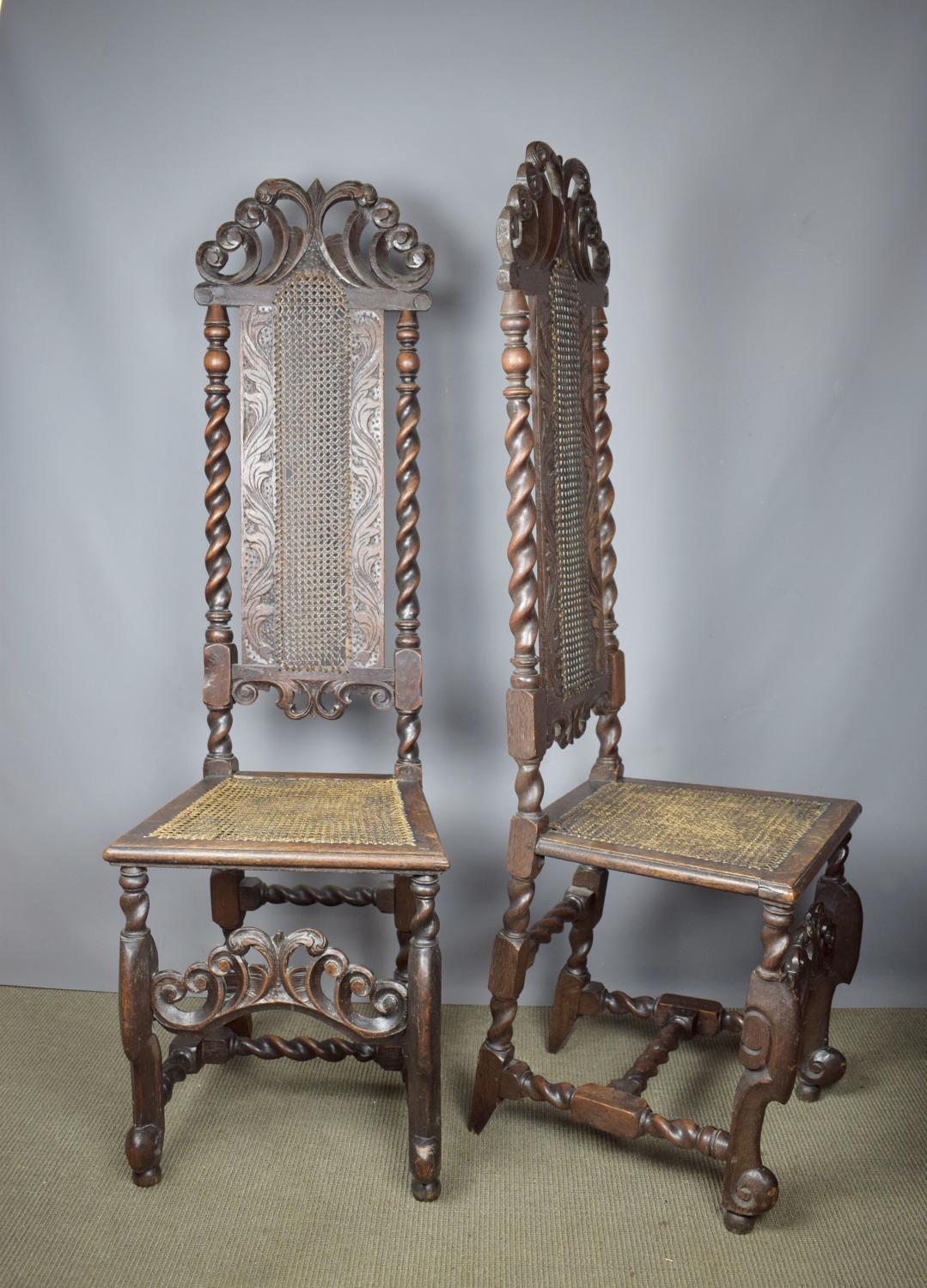 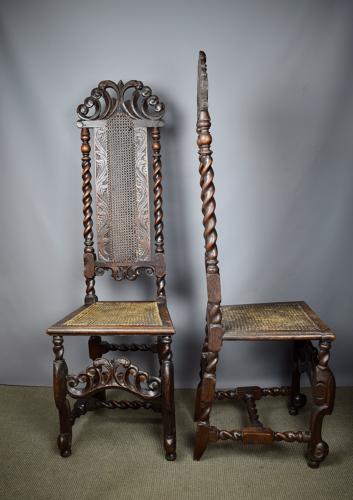 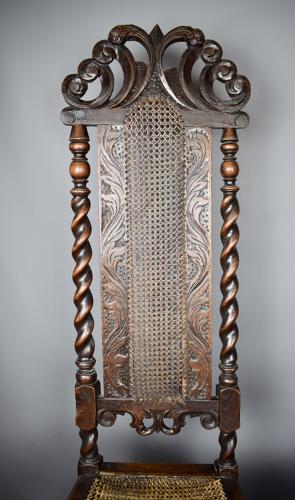 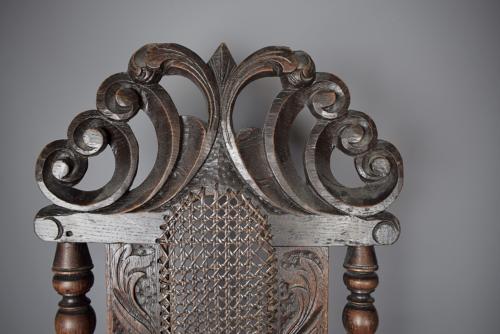 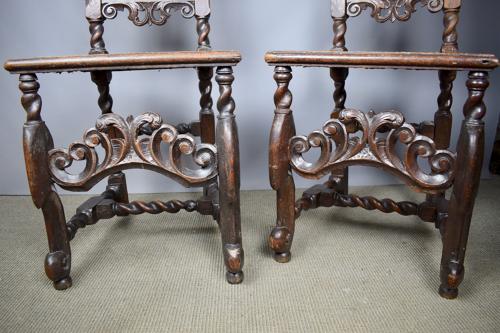 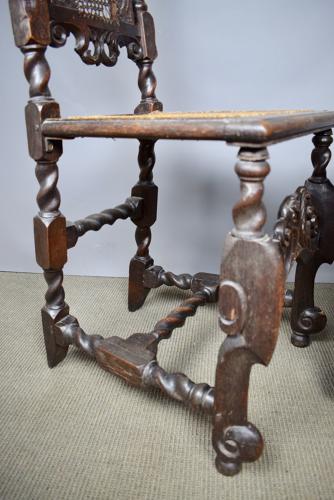 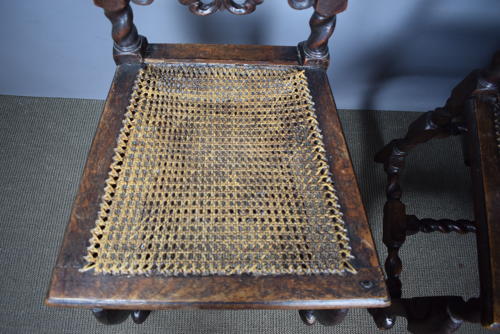 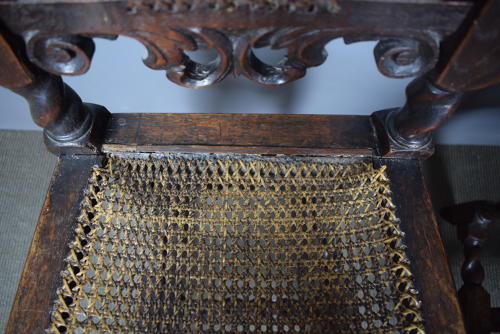 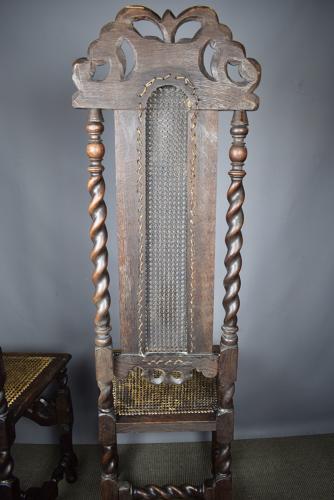 The chairs have been restored at some point (probabaly in the 19th century), and are in stable condition for chairs of this type, one of the chiars has been strengthened by conrer brackets to the underside of the seat and has had a small section wood cut into the back to the seat where the cane joins the seat rail. The caning to both seats has been replaced during the past restoration and also the cane to one of the back panels is an old replacement.