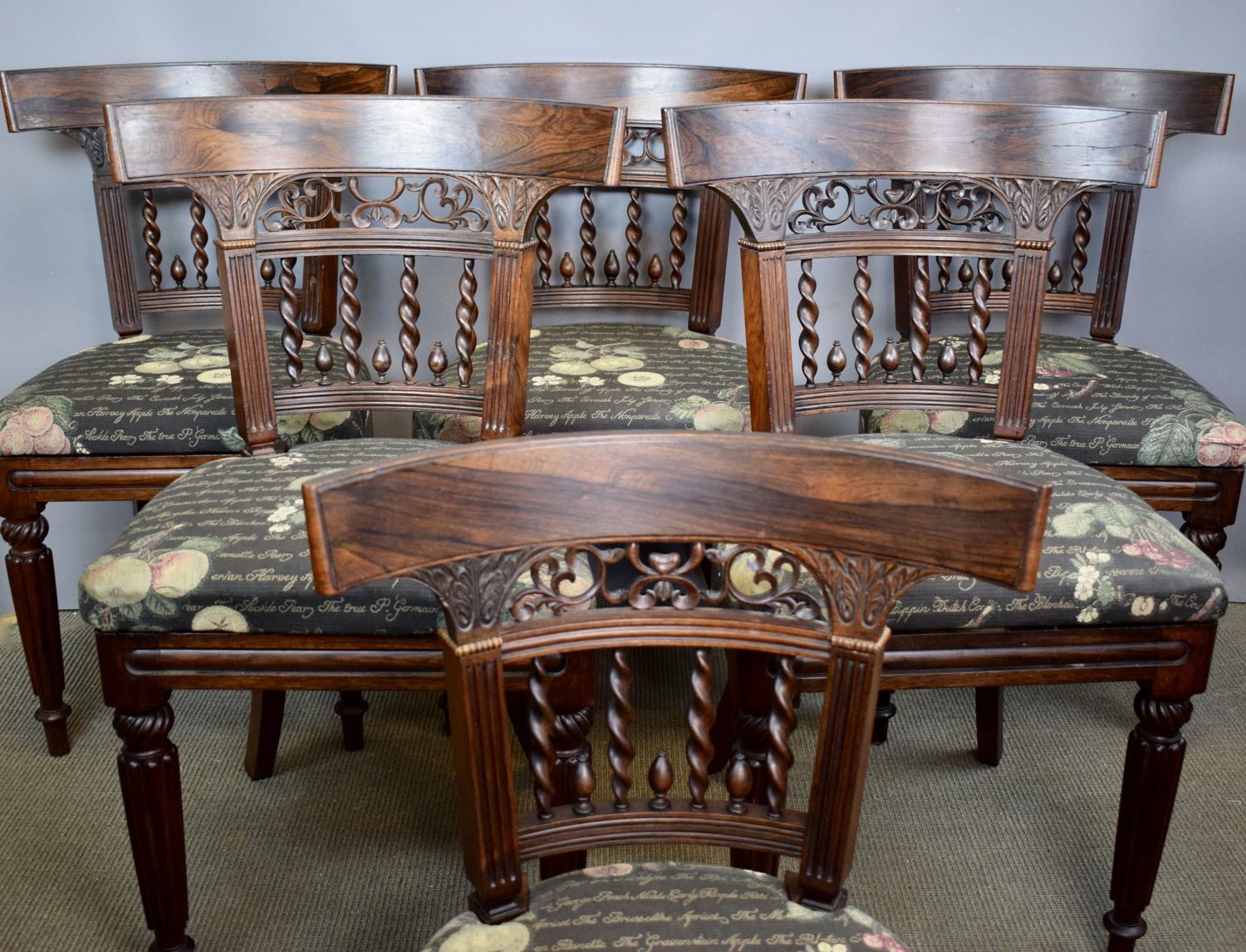 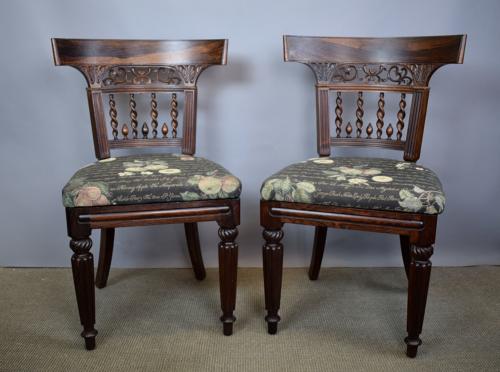 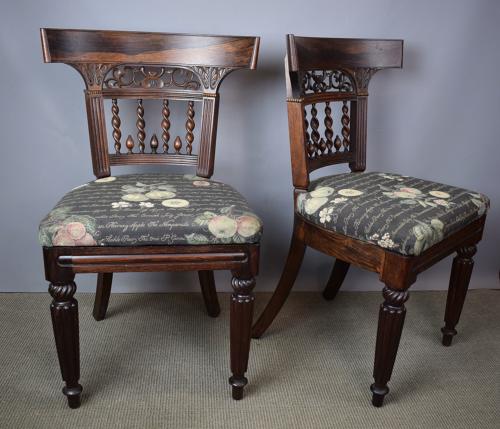 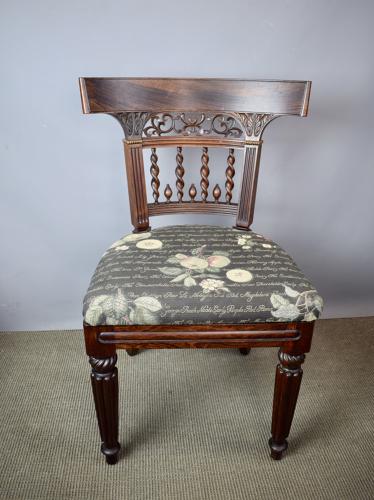 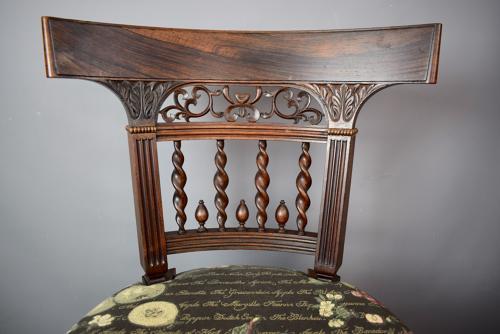 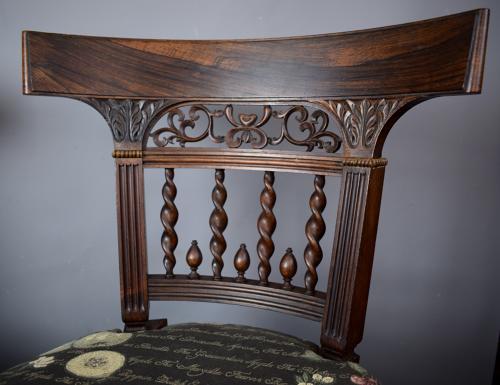 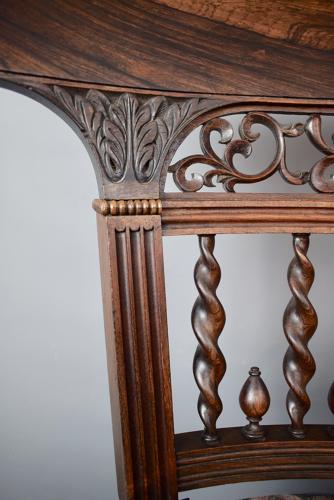 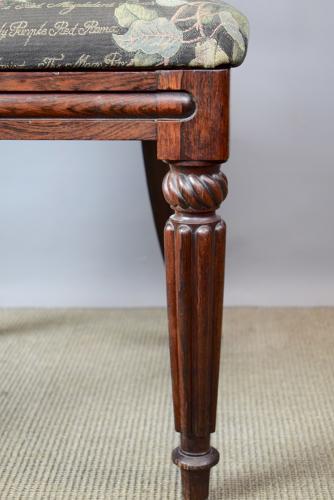 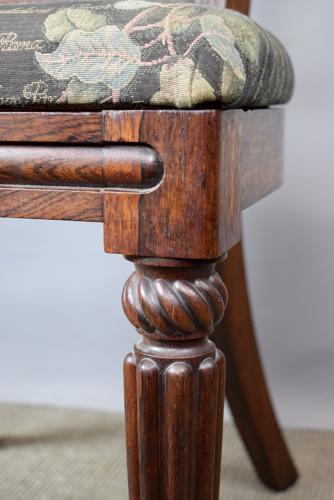 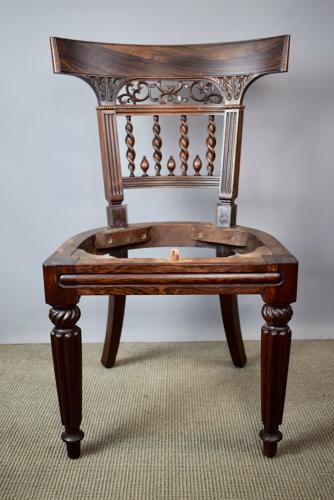 Each of the chairs and seats are numbered with Roman numerals. The numbers do not run concurrently, with the highest number being XVI, this would indicate that they were originally a much larger set of chairs, very likely 18 or 24. As such it is almost certain they would have been made on commission for a large house.

Condition: In very good, solid condition overall. Some old repairs to a couple of the chairs. The seats are all in good order, I can arrange to have them re-covered in an alternative, more suitable fabric by my upholsterer - please contact me for details.