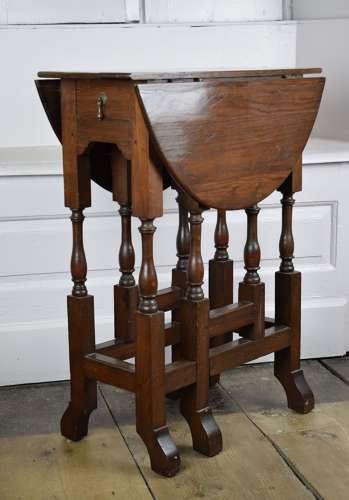 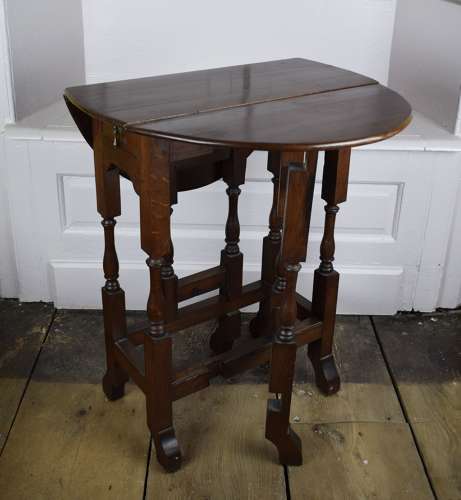 Table made from Timbers of Queen Victoria's Yacht 'Osborne'

A small oak gate-leg table made from the timbers of Queen Victoria's yacht, HMY 'Osborne', the folding oval top over a single frieze drawer upon a baluster turned gate action base. The opposing side to the frieze drawer with a brass plaque stating 'THIS WAS MADE FROM TIMBER WHICH WAS USED IN THE CONSTRUCTION OF HER LATE MAJESTY QUEEN VICTORIA'S YACHT "OSBORNE".

HMY 'Osborne' was a paddle steamer yacht of the Royal Navy, launched in 1870, replacing MHY 'Victoria and Albert'. She was used for cruises to foreign countries and for visiting Osborne House on the Isle of Wight. She was decommissioned from Royal use in 1908 and scrapped.