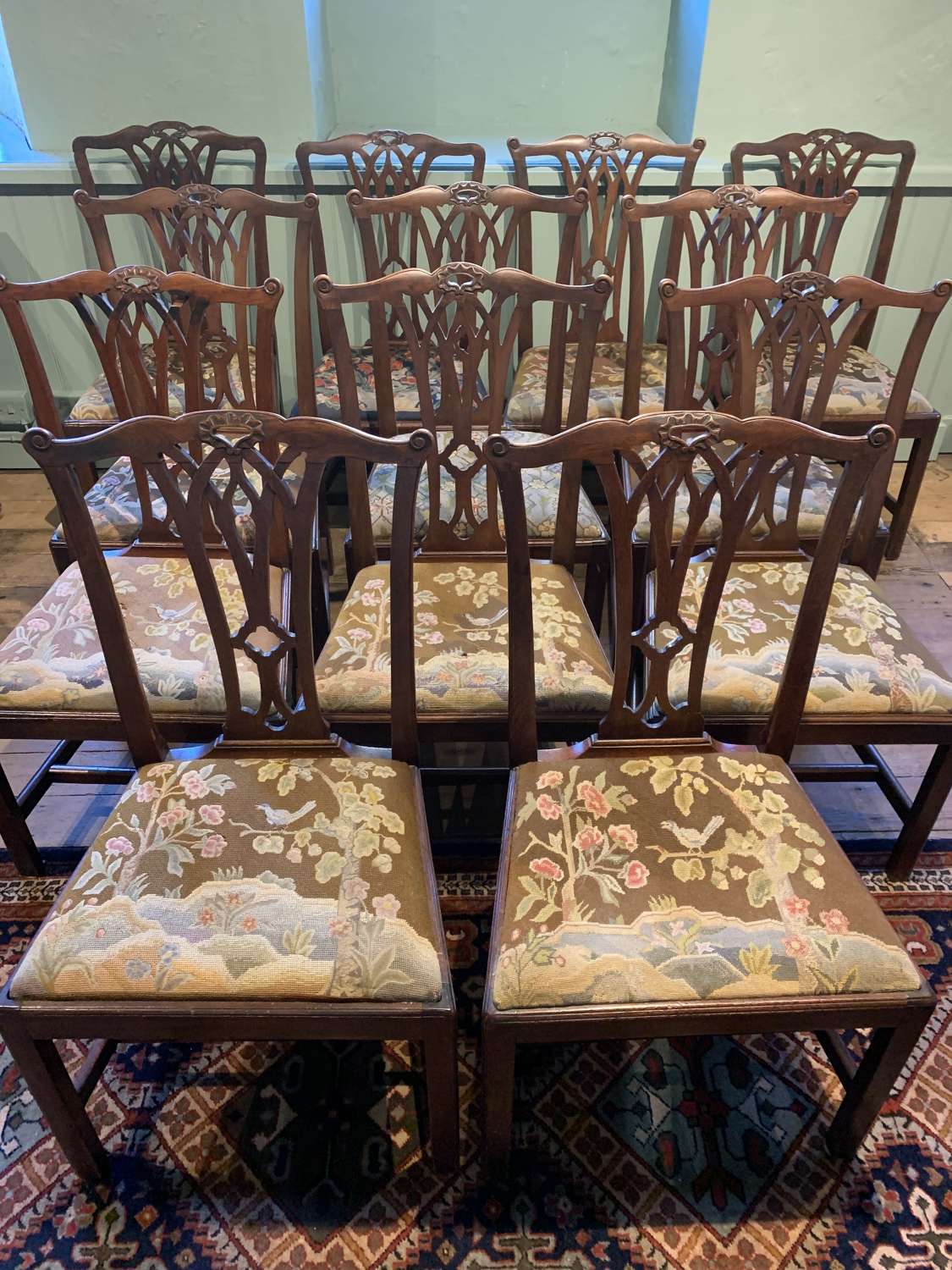 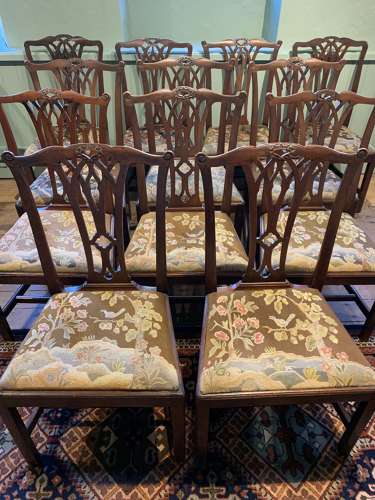 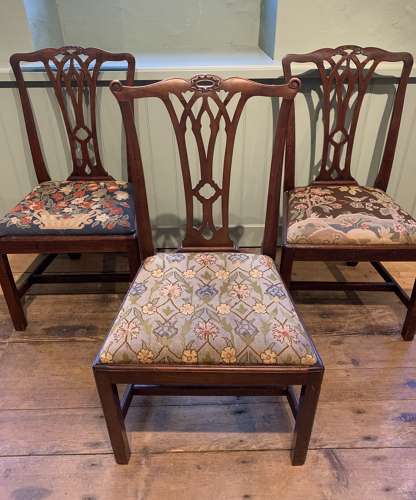 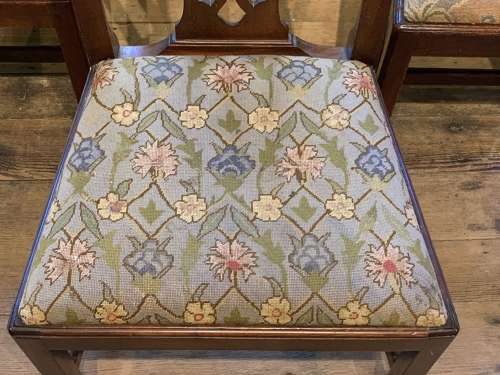 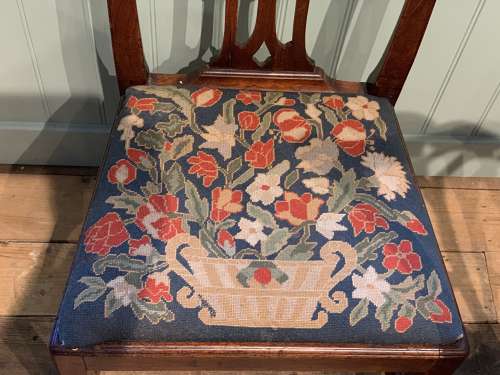 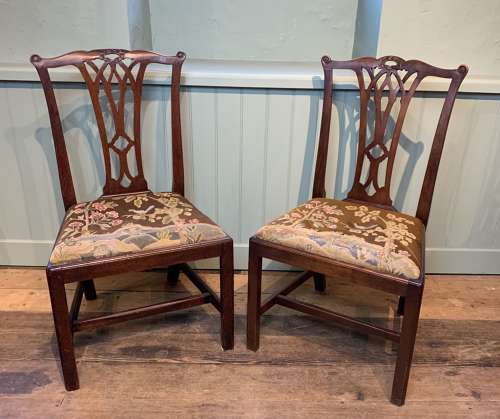 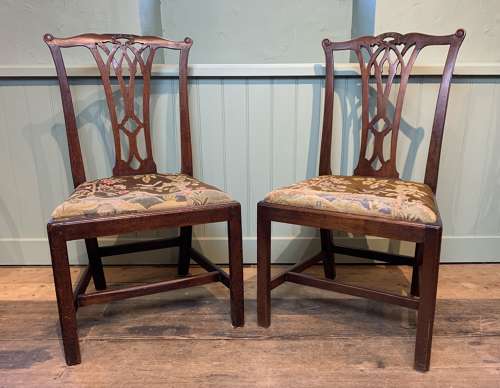 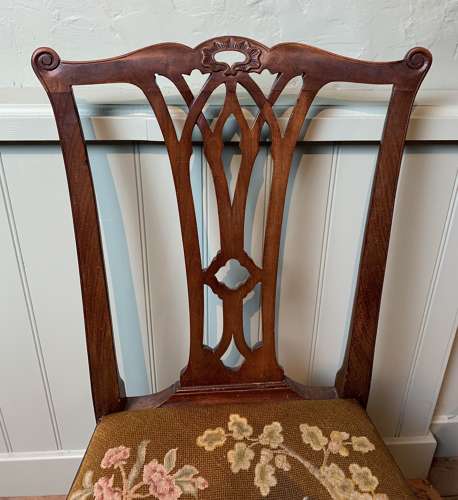 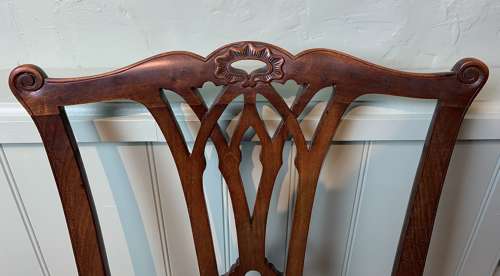 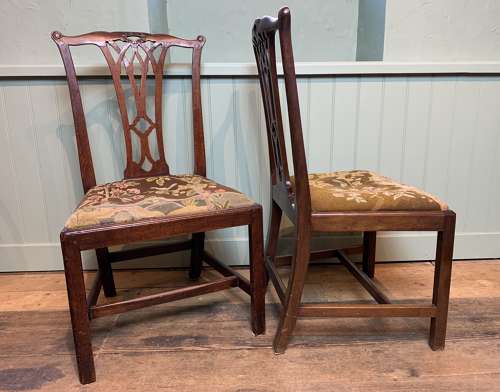 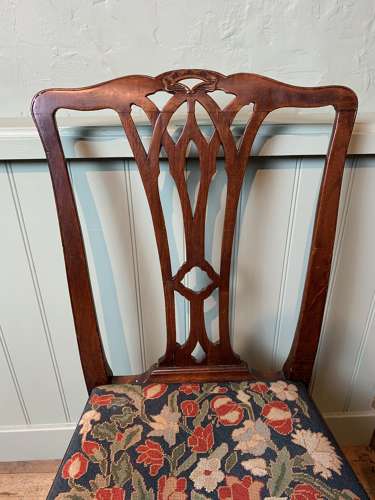 A composed set of twelve near matching (9 + 3) George III mahogany dining chairs, circa 1800, of Chippendale design, the pierced backs over needlework drop in seats and raised on square supports joined by H-stretchers.

The chairs are identical other than three do not have the end scroll to the top-rail. Ten chairs have hand-worked woolwork seats with a design of birds perched in flowering trees on a brown ground and two other chairs are a different design and colour.

A long set of robust Georgian chairs, some old repairs in places, two of the brown needlework seats have some damage to the woolwork which could probably be repaired, two of the seats would benefit from extra padding as they appear to have seen more use - I can arrange this if required.

Provenance: Previously the property of Sir Horace James Seymour GCMG CVO (1885 – 1978), British diplomat, Ambassador to Iran 1936 - 1939 and China 1942 - 1946. He was the great-grandson of Robert Ellice and Eliza Courtney, the illegitimate daughter of Georgiana, Duchess of Devonshire. He lived at Bratton House in Westbury, Wiltshire. This set of chairs were removed from Bratton House on his death and have until recently remained in the Seymour family by descent.