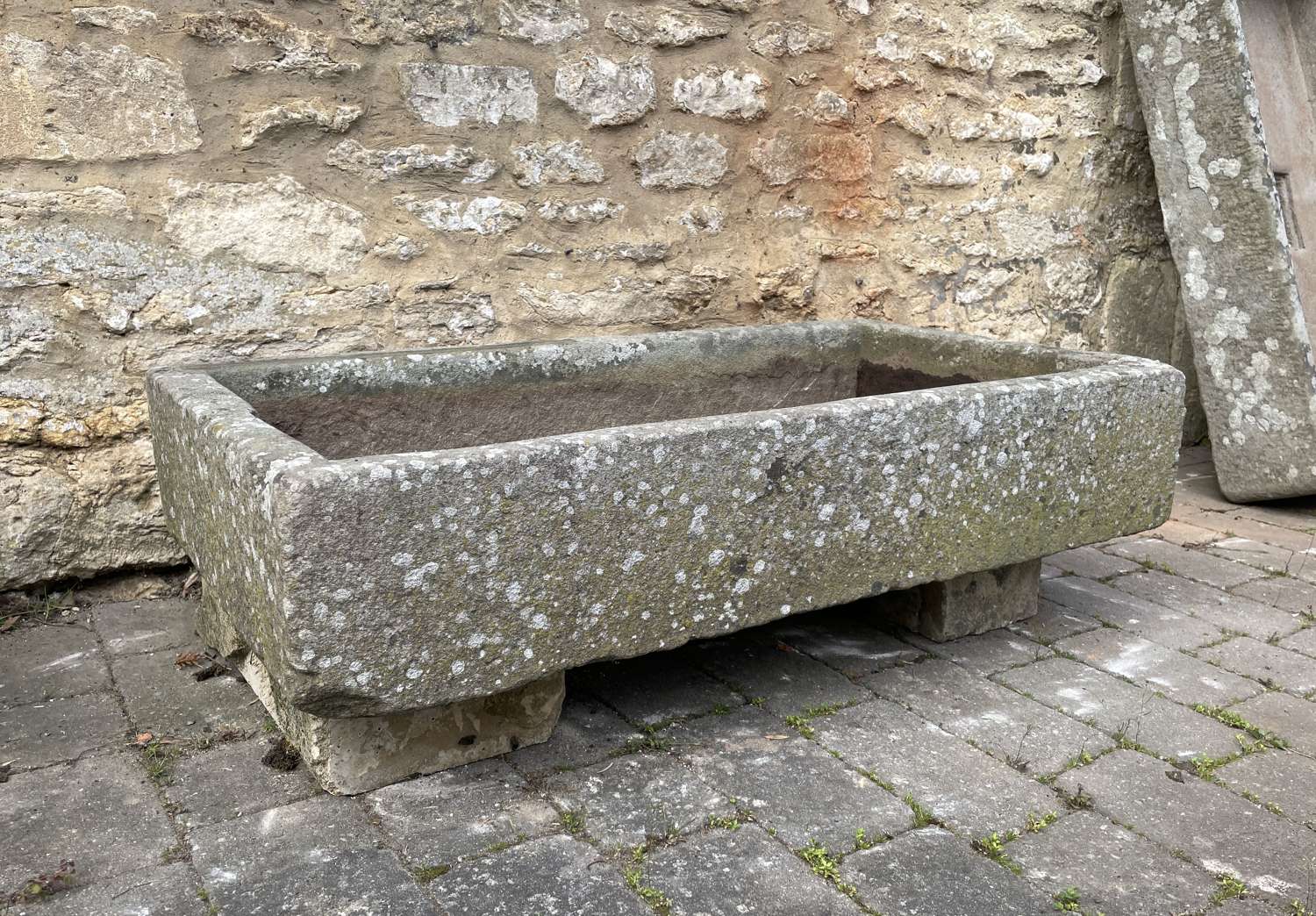 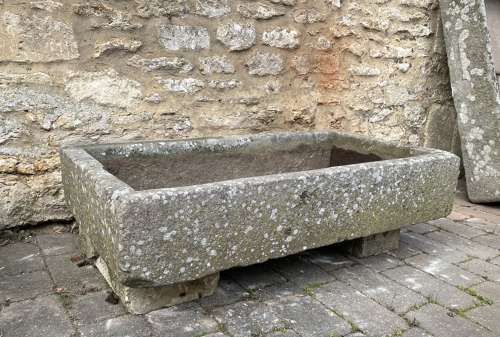 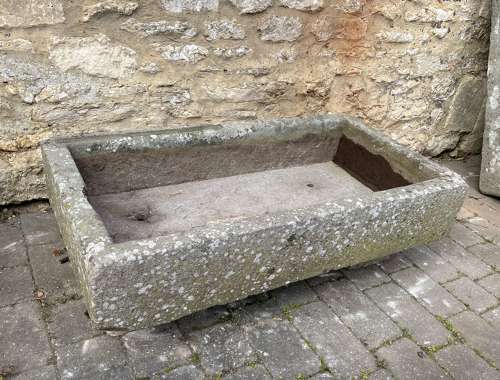 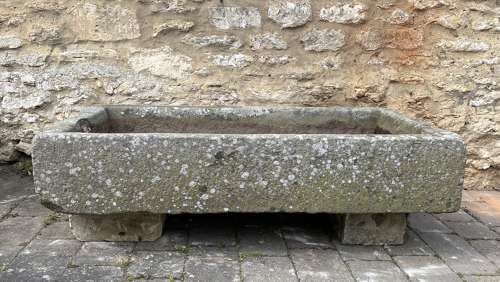 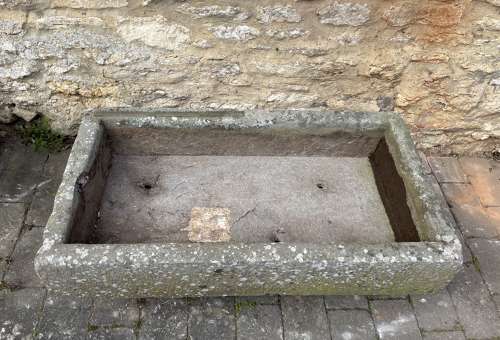 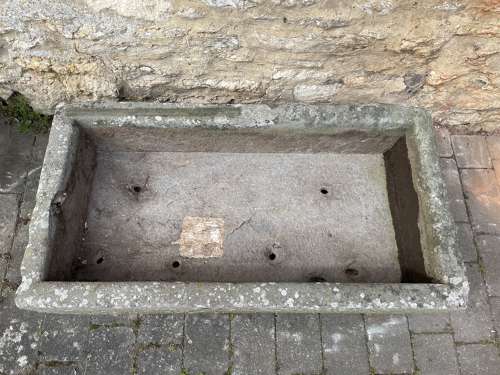 A large 19th century well-weathered lichen covered stone garden trough of rectangular form. The interior originally had an iron grate to the interior which has been filled in and has been drilled with several drainage holes.

Originally from the gardens at Warleigh Manor, Bath.
Warleigh Manor was built for Henry Duncan Skrein in 1814-1815. The estate remained in the Skrein family until 1956 the the contents were sold.

Please see my listing for a near matching trough from the same source.