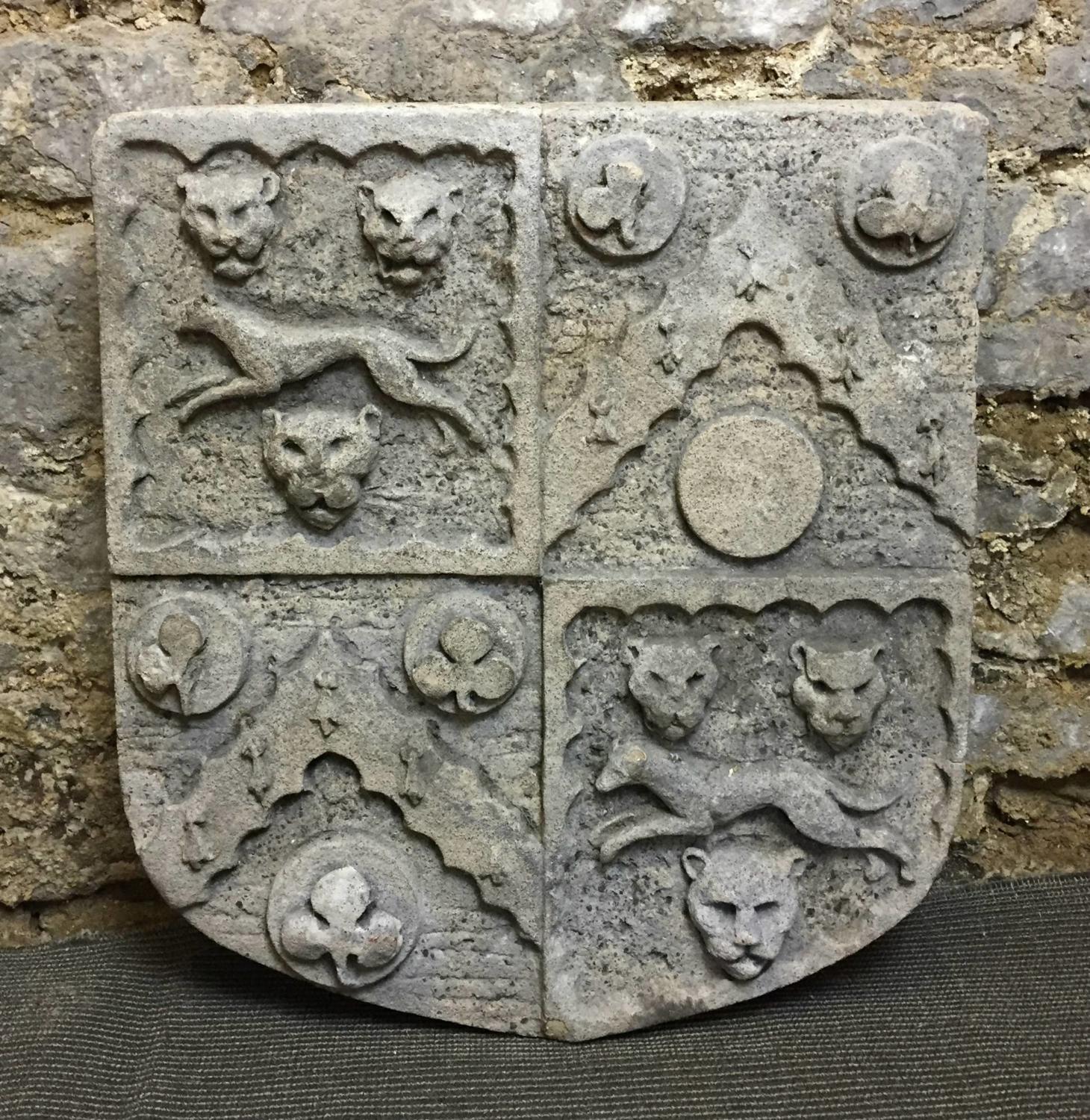 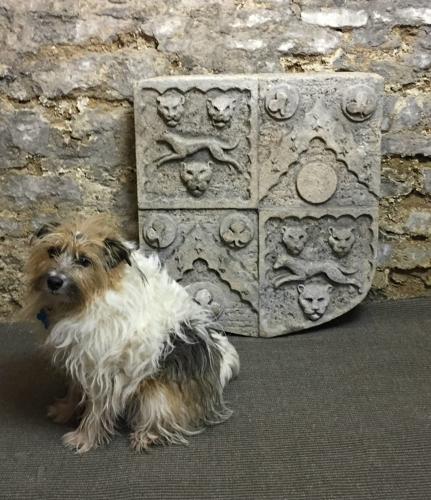 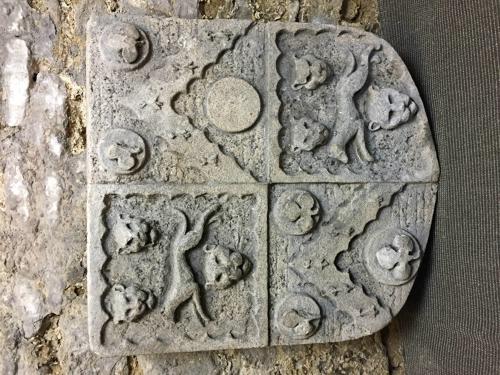 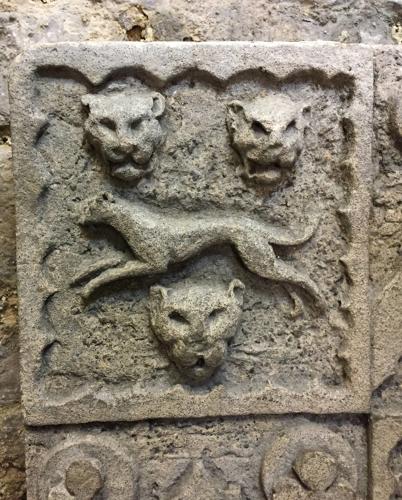 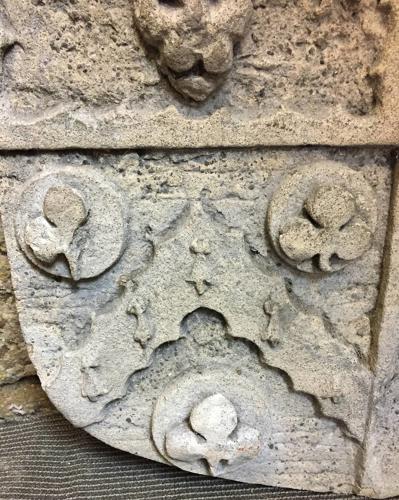 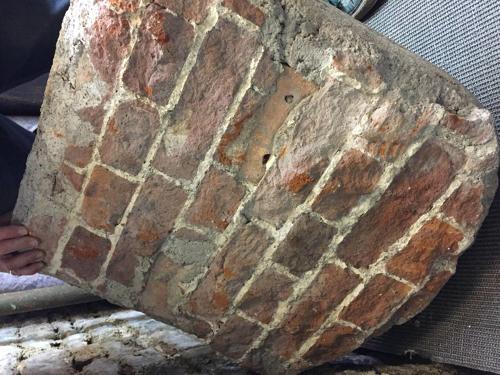 H: 66cm (26")W: 60cm (23.6")
SOLD
A large re-constituted stone armorial plaque, dating from the 19th Century, shield shaped, the quartered coat of arms with leopards, leopards heads, and three leaf clovers.  The reverse with the remains of hand made bricks and terracotta.
By repute the plaque was removed from Spye Park in Wiltshire, ancestral home of the Bayntun family of Bromham.  In 1864 the estate was sold to the Spicer family who demolished the 17th Century mansion and replaced it with a large three-storey gabled house of red brick in the neo-Jacobean style.  It was completed in 1869 with architectural elements from the old mansions of Spye and Bromham used in its construction.  Destroyed by fire in 1974, the house was unsalvageable and demolished.