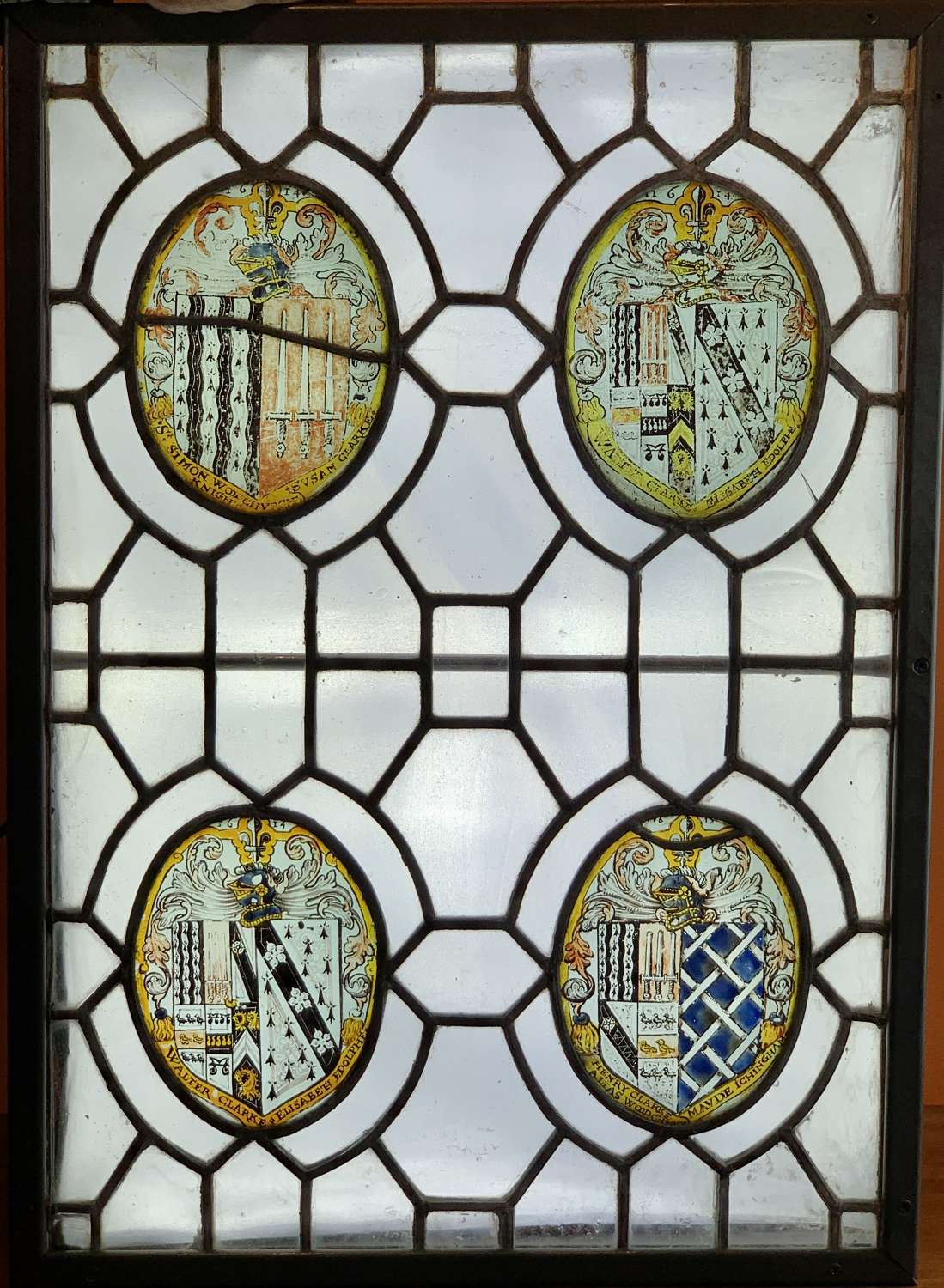 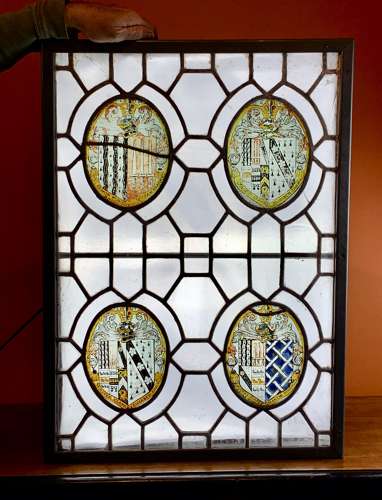 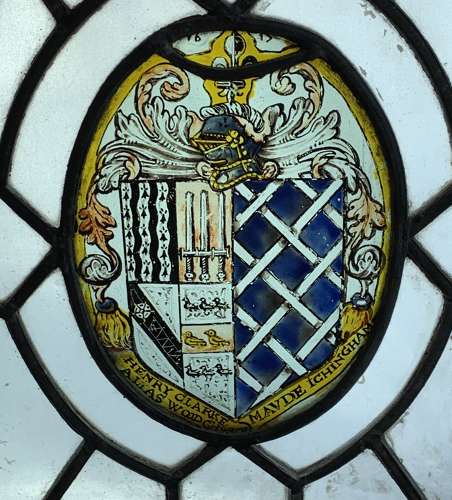 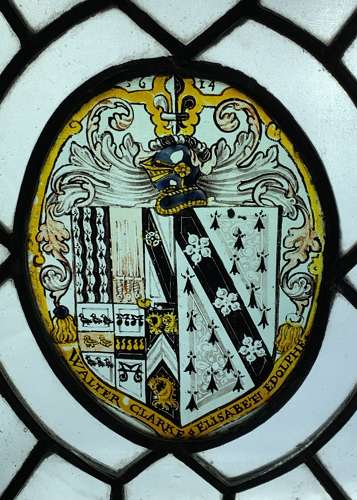 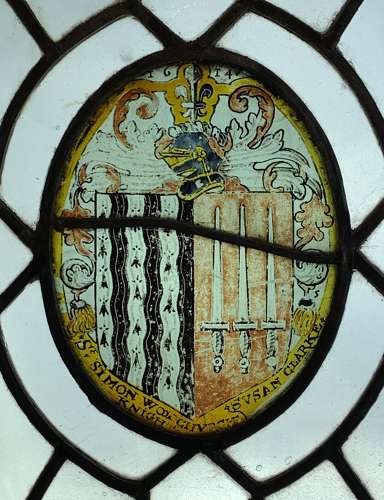 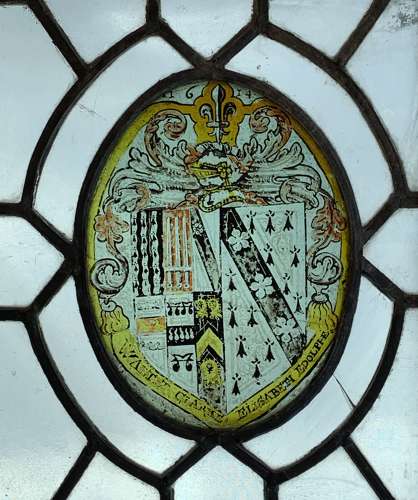 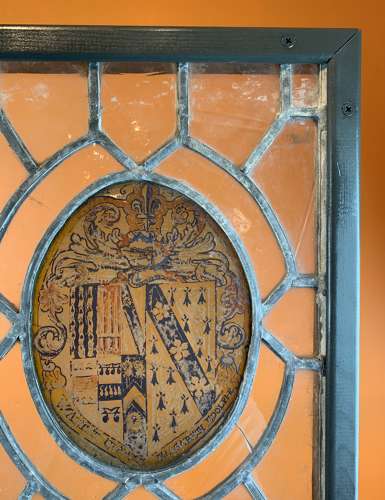 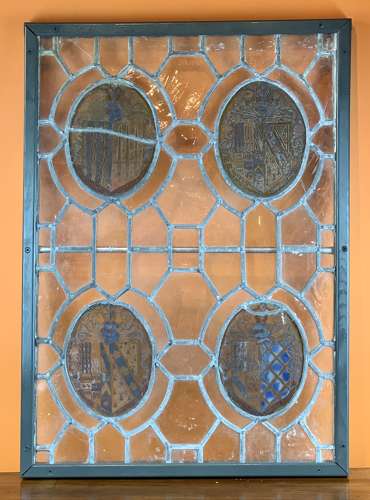 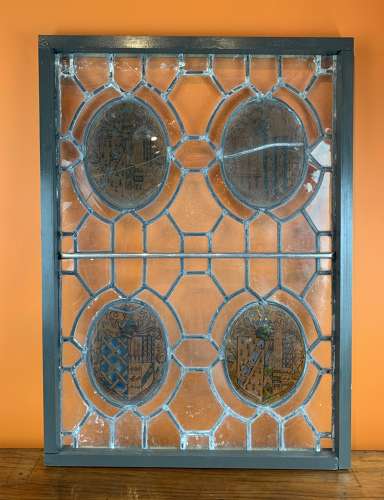 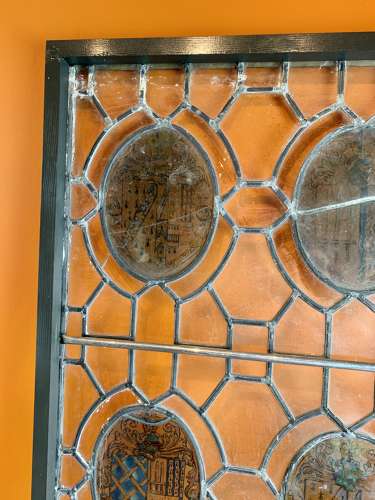 An interesting early 17th century stained glass window, inset with four armorial oval panels with the coats of arms of the Clarke / Woodchurch family of Woodchurch, Kent, and dated 1614.

Within a custom made steel frame with central strengthening bar to the reverse. The armorial panels themselves are backed with clear glass to aid stability, one of the clear glass panels is cracked but not the stained glass itself.