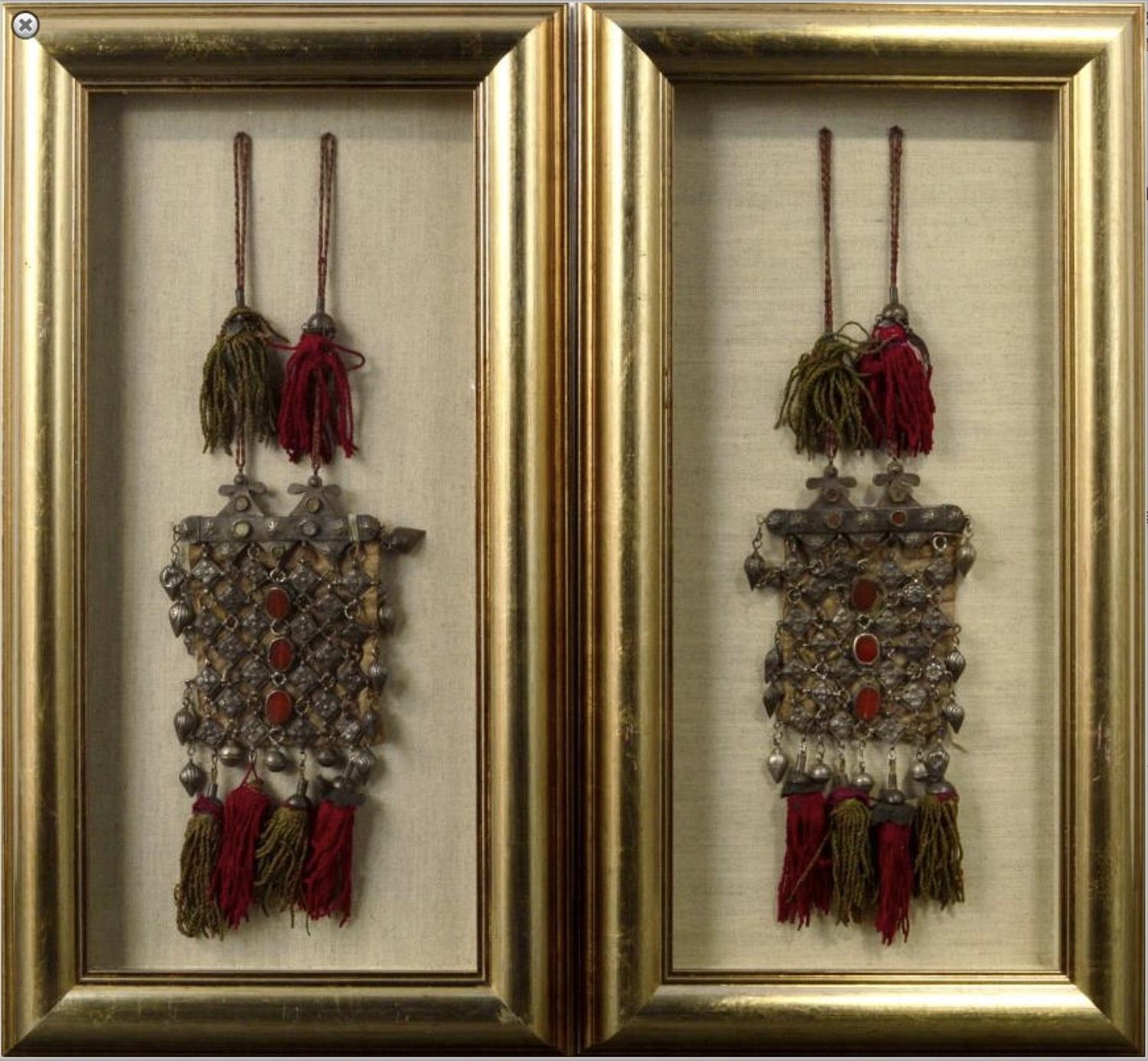 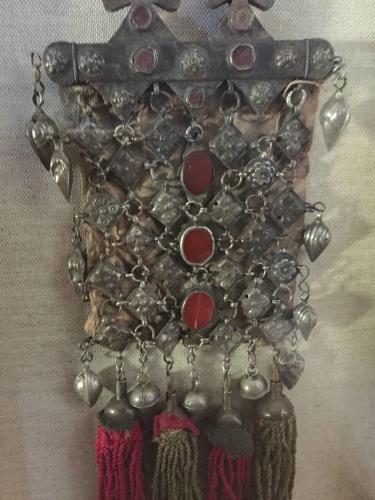 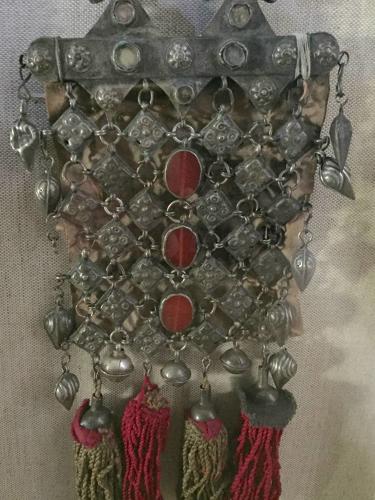 H: 68cm (26.8")W: 35.5cm (14")
SOLD
A large and impressive pair of Antique silver Turkman necklaces, inset with carnelian stones and hung with tassels and bells, mounted on linen in custom made gilt box frames.
Late 19th or early 20th Century, the frames are recent.
The Turkmen were group of nomadic tribes, originally from central Asia, Iran, Syria and Anatolia and what is present-day Turkmenistan.  Turkmen silver jewellery carried symbolic meanings and often marked rites of passage through the stages of life.  Women started wearing jewellery at an early age and the shape and materials used were believe to ensure her ability to bear children.  The amount of embellishments worn increased as she approached marriageable age and after her first child was born the amount of jewellery she received and wore decreased.  Silver jewellery was also believed to ward off evil and illness and the semi-previous stones used as embellishment are also thought to imbue protective powers. Carnelian was commonly used as it was believed to protect the wearer from illness and death.