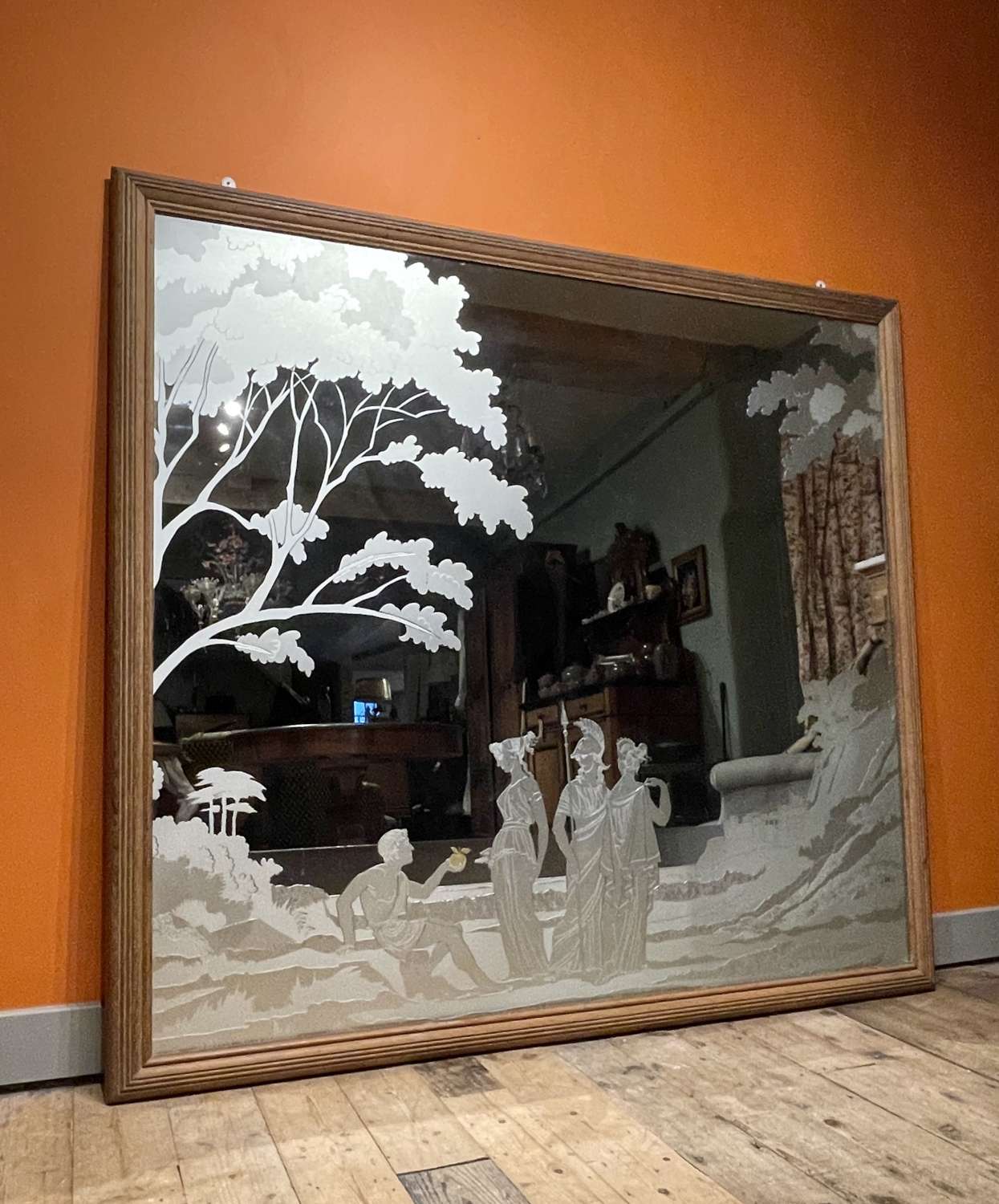 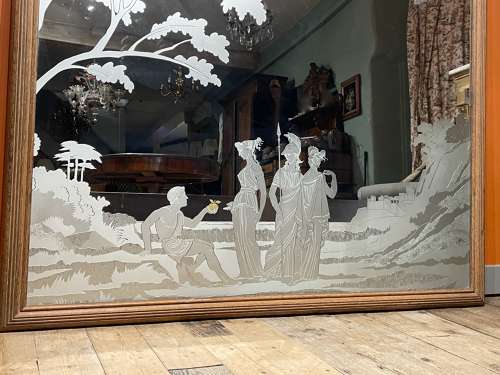 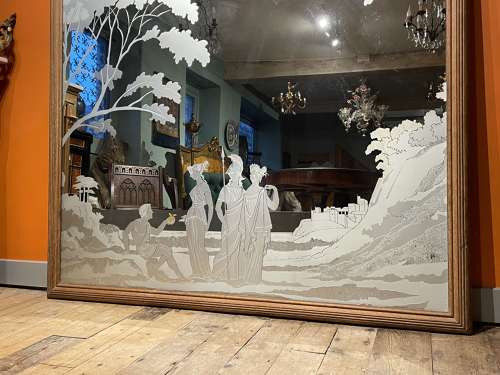 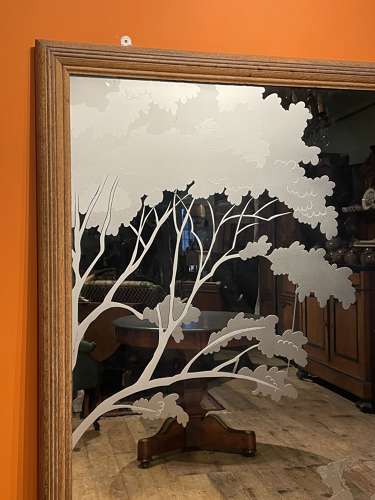 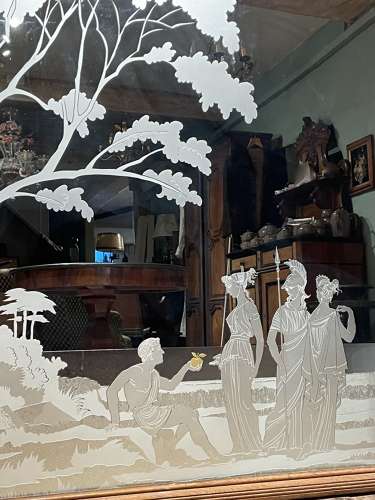 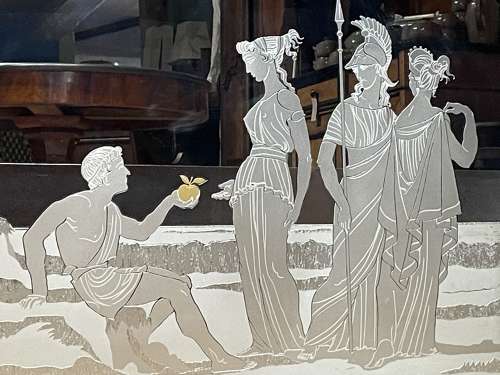 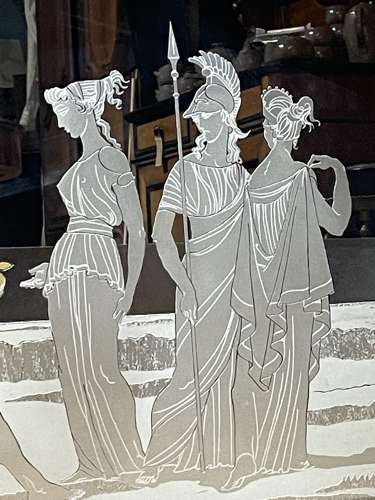 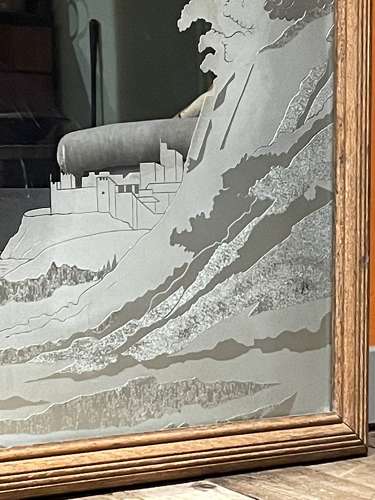 A very large Art Deco mirror, reverse acid etched with a scene depicting the Greek myth 'The Judgement of Paris'. Paris seated beneath a tree in a wide landscape with a town in the distance and holding the golden apple before the goddesses Aphrodite, Hera and Athena, within a reeded light oak frame.

The Greek myth THE JUDGEMENT OF PARIS is a tale of a contest between Aphrodite Hera and Athena, the three most beautiful goddesses of Mount Olympus, for the prize of a golden apple addressed "To the Fairest."

Beginning at the wedding of Peleus and Thetis to which all the gods had been invited except for Eris, the goddess of discord. When Eris appeared at the festivities she was turned away and in her anger cast the golden apple amongst the assembled goddesses addressed "To the Fairest." Three goddesses laid claim to the apple, Aphrodite, Hera and Athena. Zeus was asked to mediate and he commanded Paris of Troy to decide the winner. The three goddesses appeared before him offering gifts and he chose Aphrodite, swayed by her promise to bestow upon him Helene, the most beautiful woman, as his wife.

Provenance: This mirror was previously in the communal hallway of Bryanston Court, the apartment block in George Street, London, where Wallis Simpson (The Duchess of Windsor) lived in the early 1930's and where she began her affair with Edward VIII.