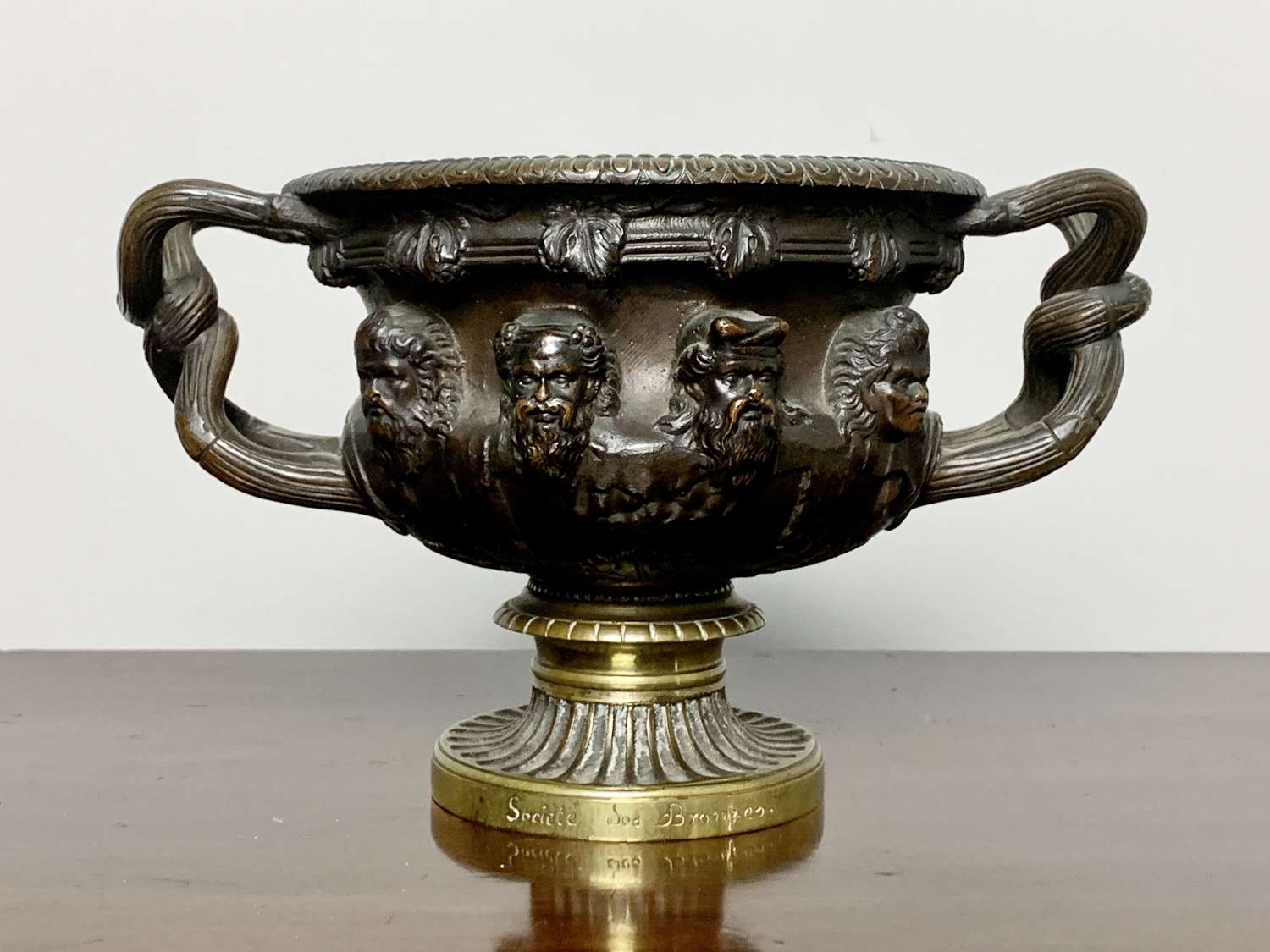 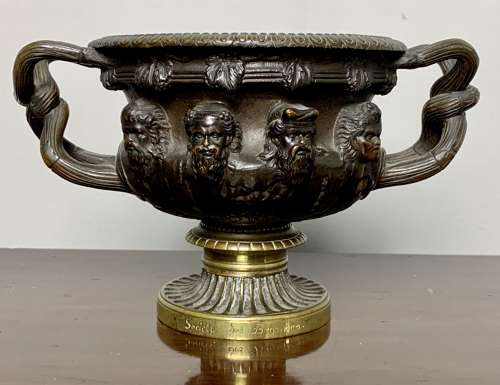 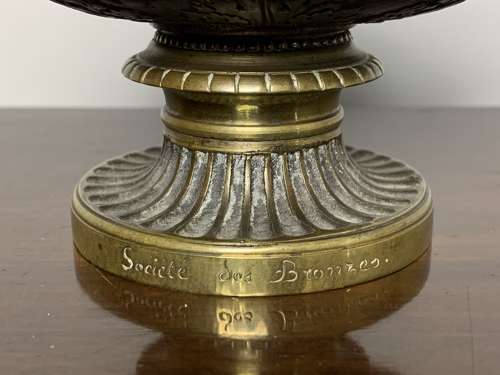 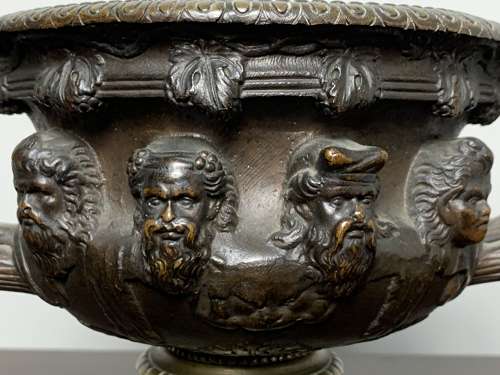 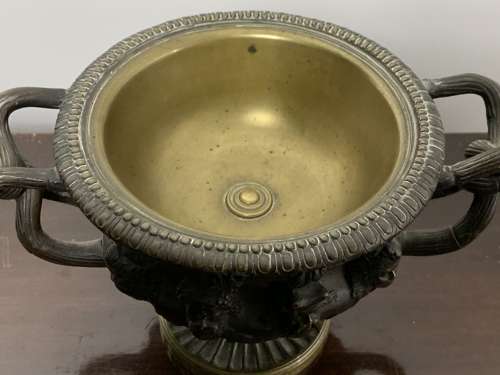 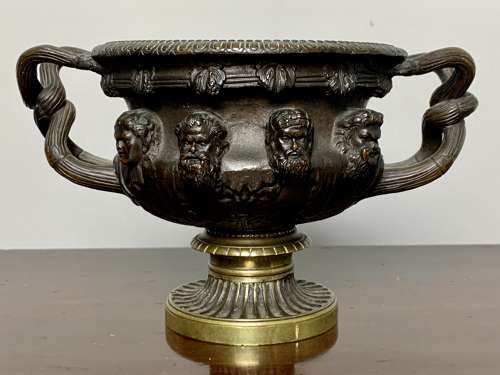 After The Antique Bronze Model of The Albani Vase

A nicely cast and patinated bronze reduction of the ancient twin-handled krater vase. Cast in high relief with a frieze of bearded masks, drapery and lion-skins, with leaf, gadroon and beaded borders, the twin-handles modelled as intertwined vines and raised upon a fluted socle base.

The original was discovered in Rome in the mid 18th century during the excavation of a Villa sponsored by the collector and patron of ancient art antiquities Cardinal Alessandro Albani.  It was thought to have stood outside the Temple of Bacchus.

These grand tour reductions are often mis-attributed as being models of the Warwick Vase.