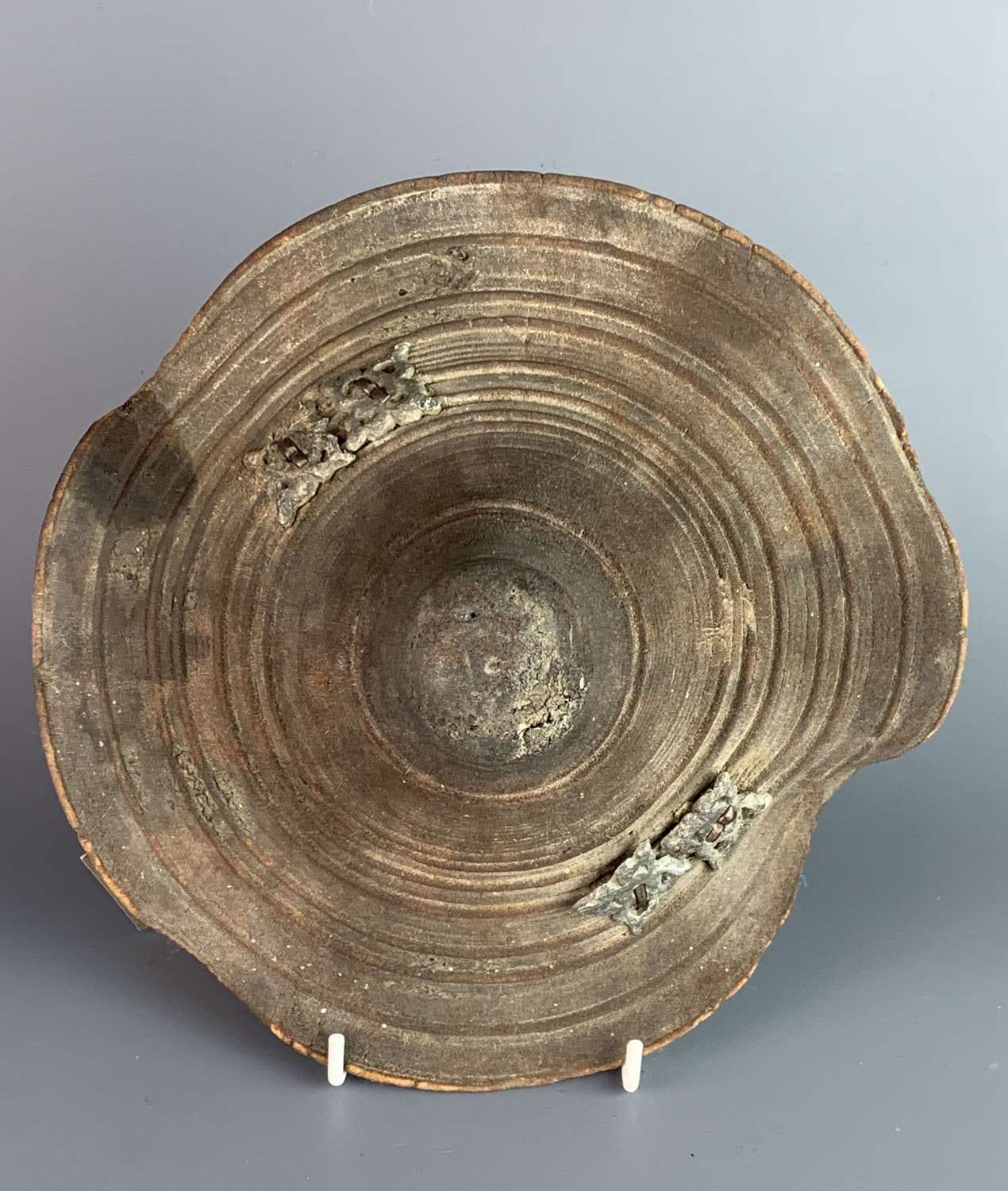 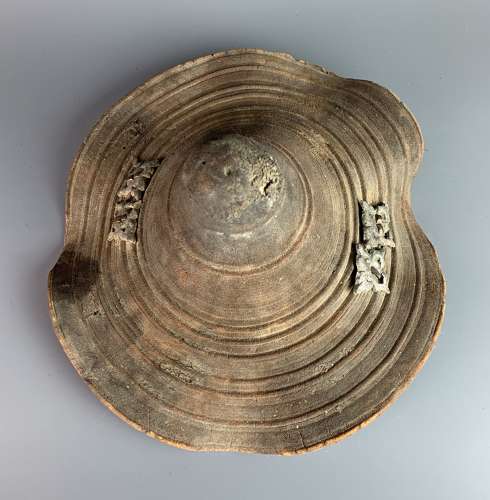 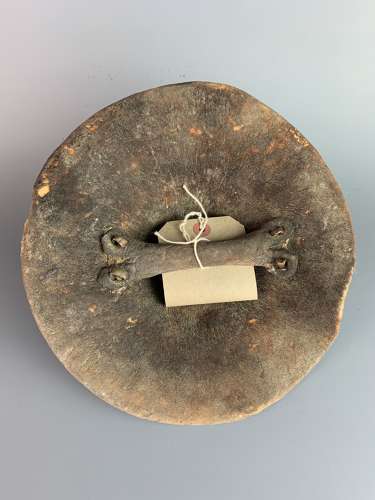 A thick leather shield for the Omani market most probably made in Zanzibar.

Of circular, high domed form, made from a single, moulded piece of thick, hard hide that is almost wood-like in its density. It is etched and moulded with dozens of concentric rings, and has a high, central dome. Two pierced metal alloy star-burst motifs are attached to either side of the shield. The reverse with a grip made of thick leather.

Such shields usually are believed to be made from rhinocerous hide which is notoriously thick and tough. Other hides, such as compressed water buffalo hide were also used.

The island of Zanzibar was ruled by the Omanis as a quasi-colony in the 19th century with the Sultan or Oman actually relocating his court to Stone Town, the island’s capital. Commercial and migratory links between Oman and Zanzibar were very close with the latter being a source of ivory, slaves, wood, rhinocerous hide, and other commodities.