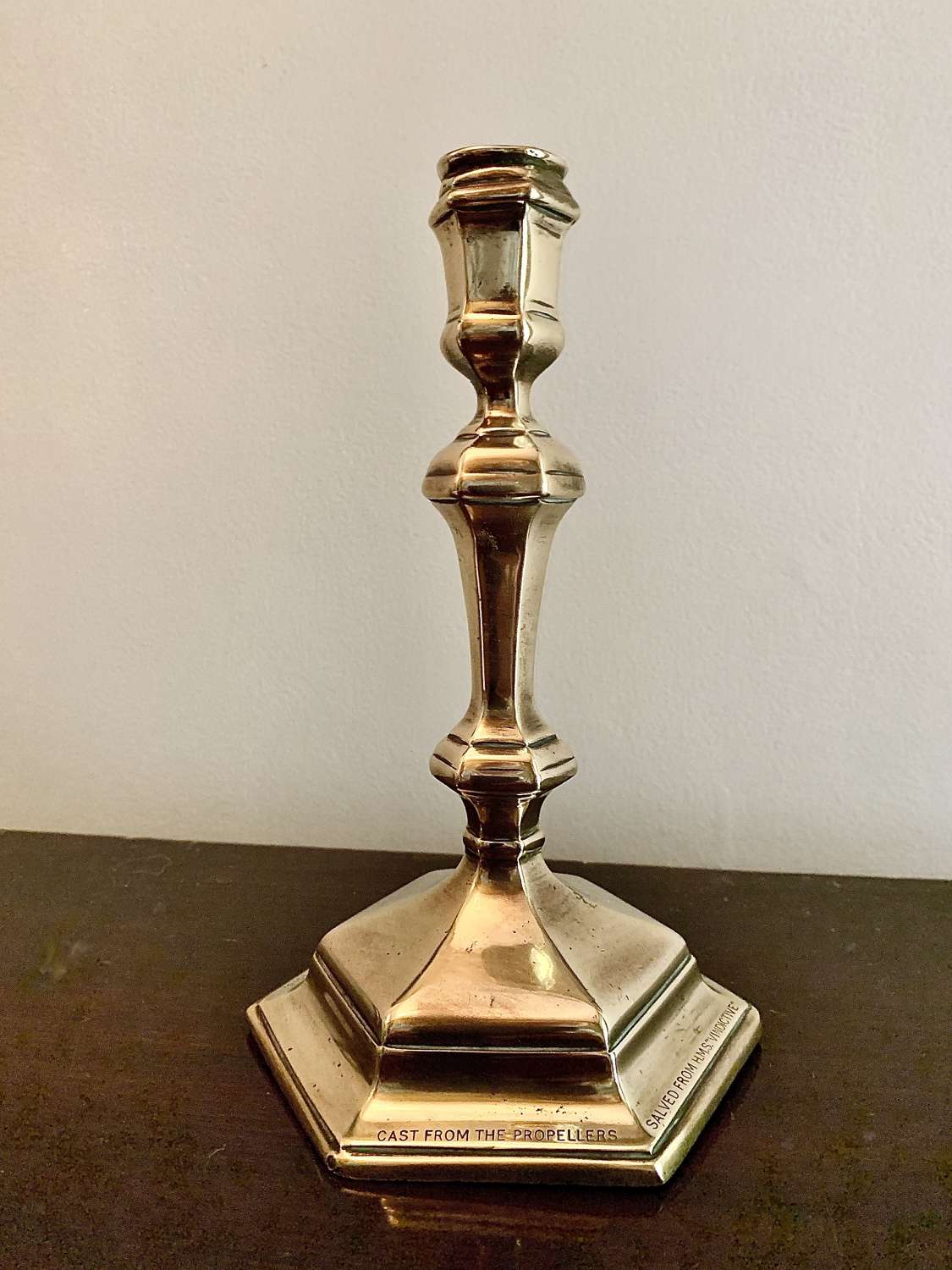 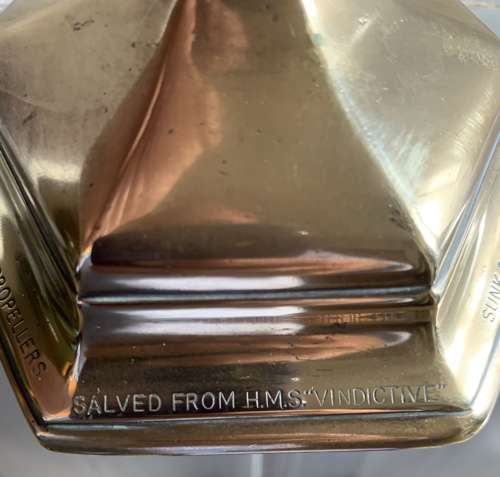 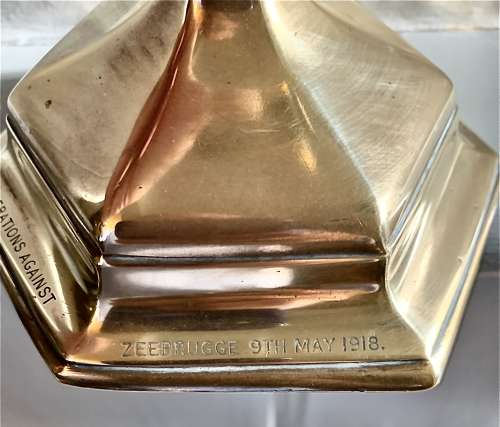 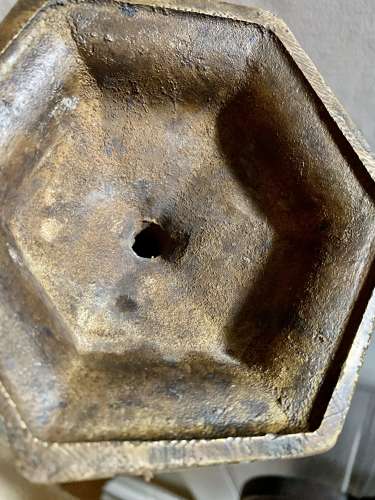 Bronze Candlestick Cast from the Propellers of HMS Vindictive WWI

H.M.S. Vindictive: A heavy bronze candlestick bearing the legend ‘CAST FROM THE PROPELLERS SALVED FROM H.M.S. VINDICTIVE SUNK DURING THE OPERATIONS AGAINST ZEEBRUGGE 9TH MAY 1918’.

H.M.S. Vindictive was an ‘Arrogant’ Class cruiser launched in 1897. She was refitted as part of a raid to close the ports of Zeebrugge and Ostende, which the Germans were using to launch submarine and naval attacks against the allies during the First World War. The plan was to scuttle ships and obsolete submarines in the harbour to stop the German traffic, the main action of which took place on 23rd April 1918 but the complicated attack, due to various problems, was not totally successful. H.M.S. Vindictive took a major role in the Zeebrugge action but the candlestick legend is slightly misleading in that Vindictive was finally sunk in the second Ostende Raid on 9th May two weeks later. Several Victoria Crosses were awarded across the actions and although they were partly successful, the full objectives of the raid were not met. It took until 1921 to clear all the debris from the harbours.

The candlestick is no doubt marine bronze, hence it's heavy weight, and serves as an interesting memento of the heroism of the many that took part and died in the actions