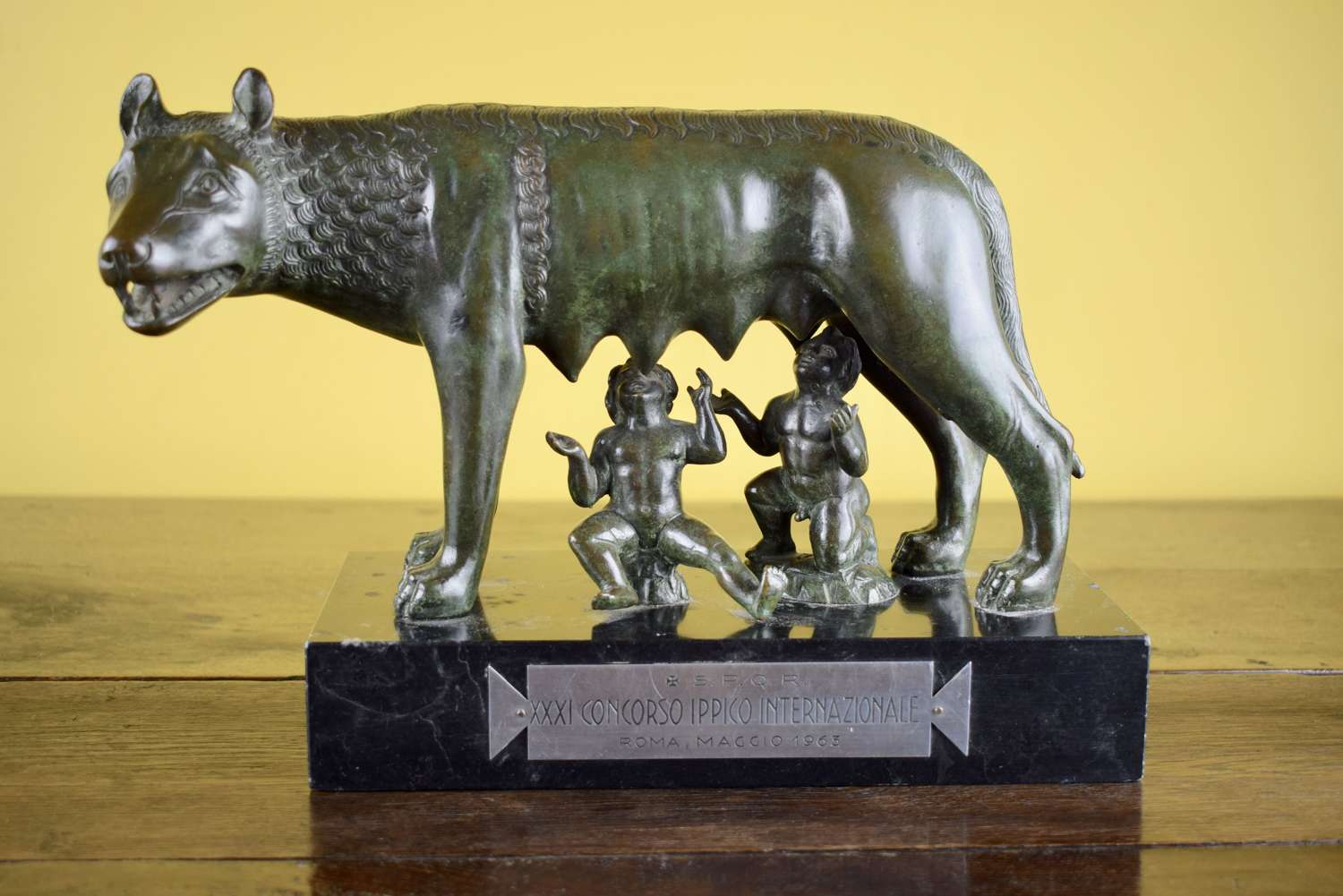 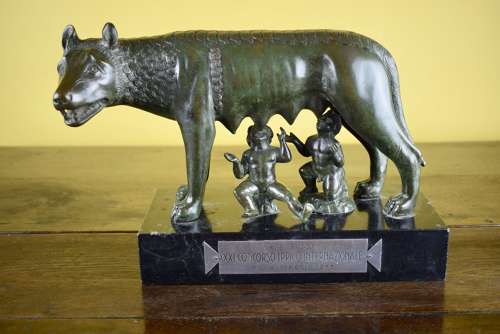 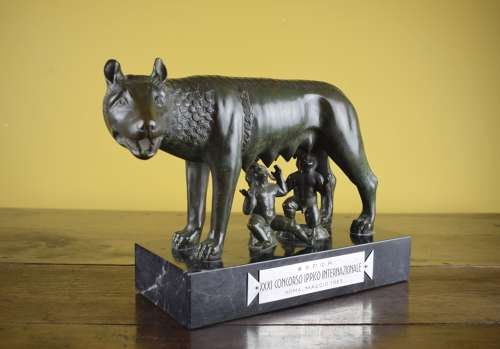 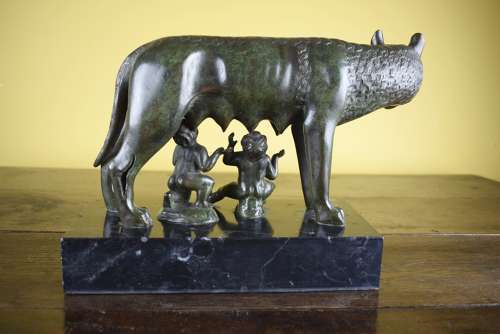 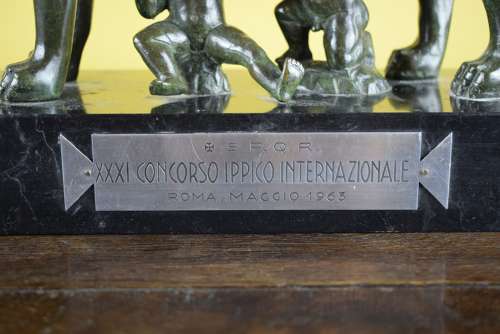 An Italian bronze equestrian trophy for The Rome Grand Prix, 1963, awarded to the jockey Harvey Smith, in the form of a model of The Capitoline Wolf (the legend of the founding of Rome) depicting Romulus & Remus suckling from the she-wolf, upon a marble plinth base mounted with a silvered panel inscribed;
'SPQR XXXI CONCORSO PIPPICO INTERNATIONAZIONALE ROMA MAGGIO 1963'

The Concorso Pippico Internazionale is a prestigious international horse show and competition held annually since 1922 in the Piazza di Siena, Rome. It brings together the best equestrian riders in the world competing for a number of trophies, the most prestigious being The Rome Grand Prix. The winner of the 1963 Rome Grand Prix was the British jockey Harvey Smith on his horse O'Malley.