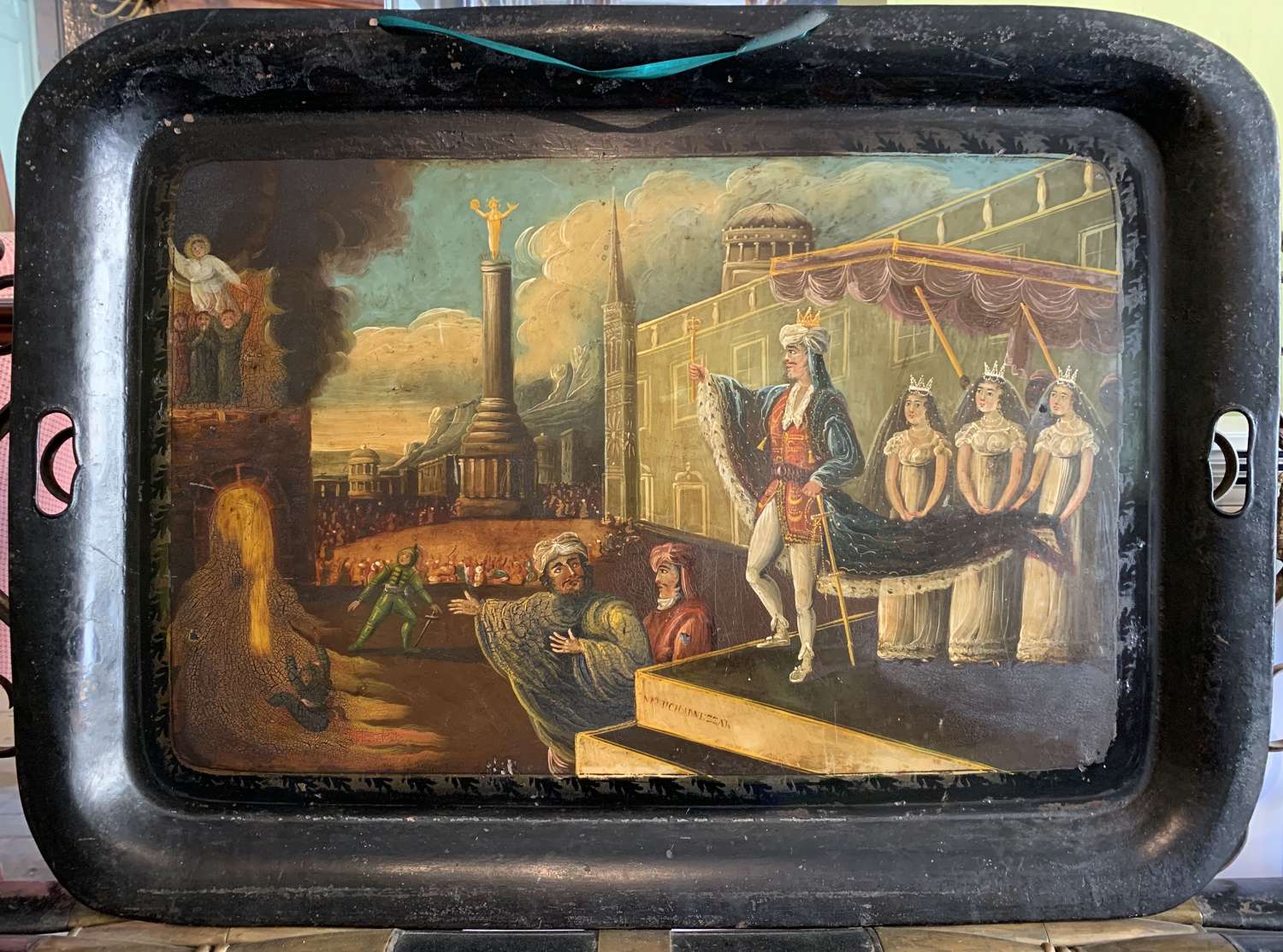 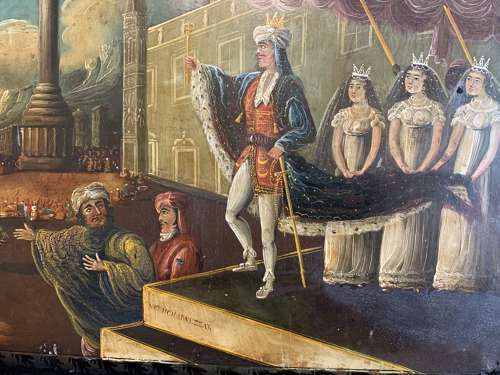 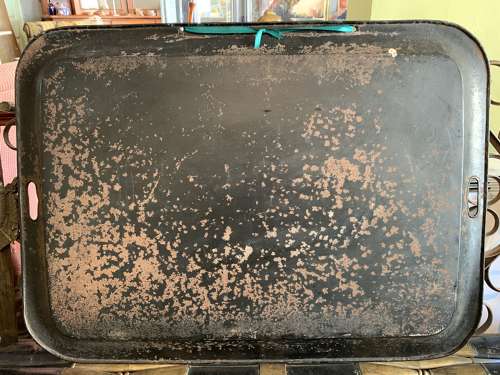 An early 19th century toleware two handled tray, of rectangular form with pierced handles, the top edge drilled in order for the tray to be hung.
Hand painted with a scene from the Book of Daniel, depicting Nebuchadnezzar, King of Babylonia, with three female attendants standing on a dias before city walls with Shadrach, Meshach, and Abednego in the fiery furnace. The paintwork is original.

NB: Shadrach, Meshach, and Abednego are figures from chapter 3 of the Book of Daniel, three Hebrew men thrown into a fiery furnace by Nebuchadnezzar, king of Babylon, when they refuse to bow down to the king's image; the three are preserved from harm and the king sees four men walking in the flames, "the fourth ... like a son of God".