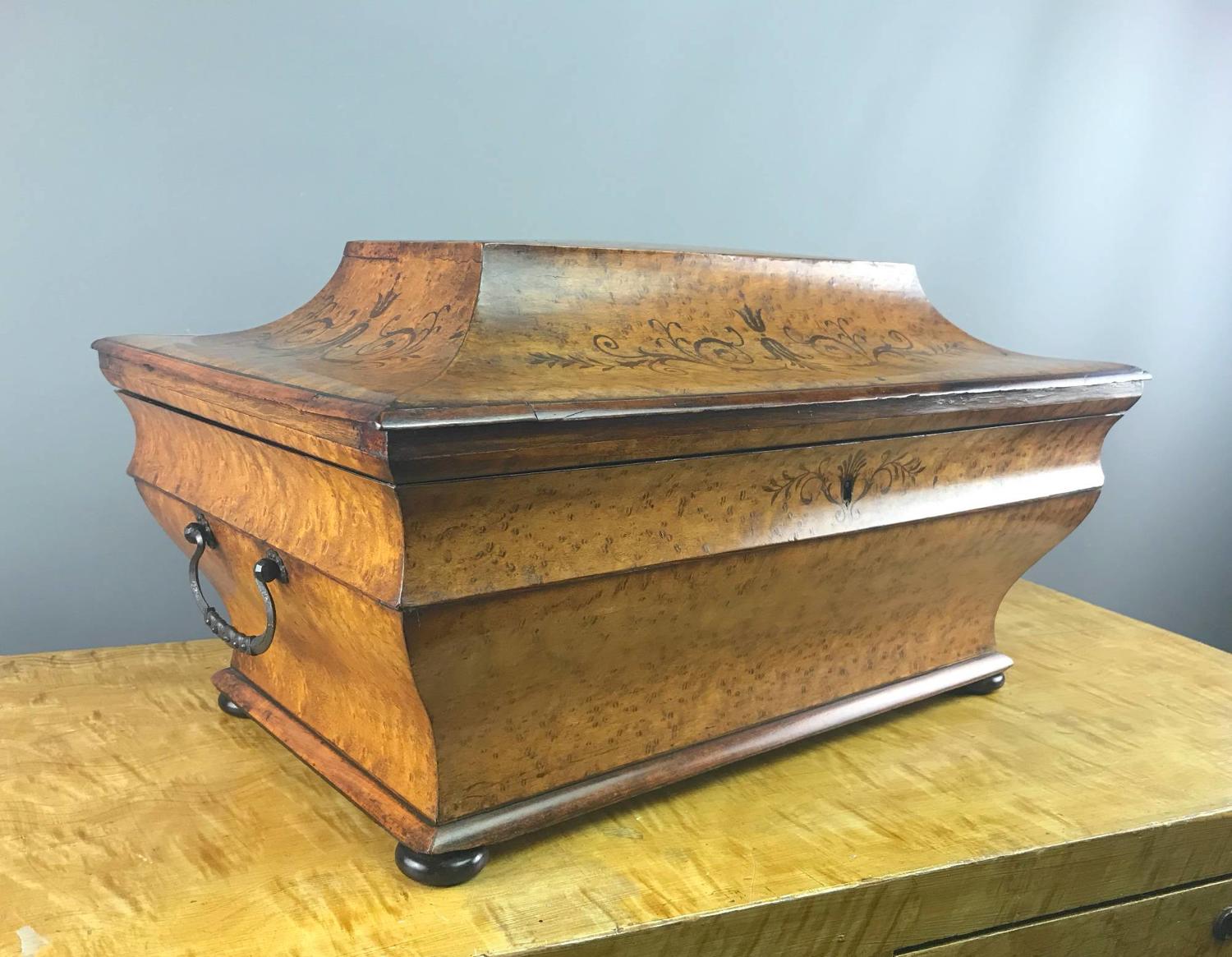 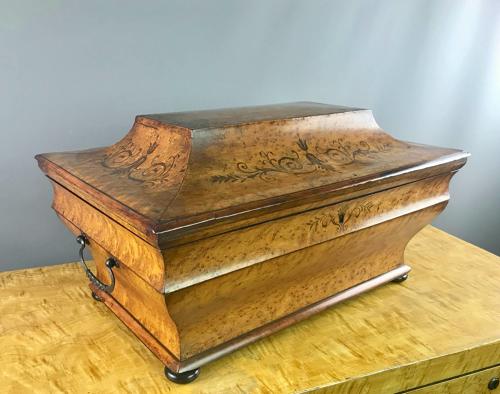 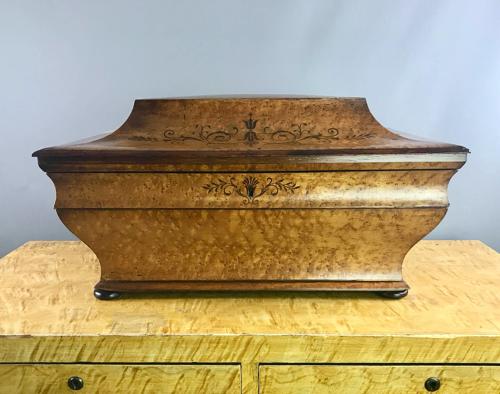 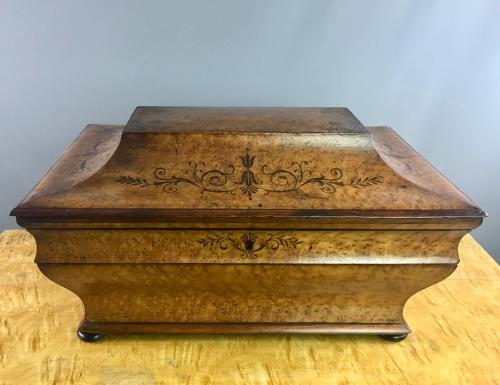 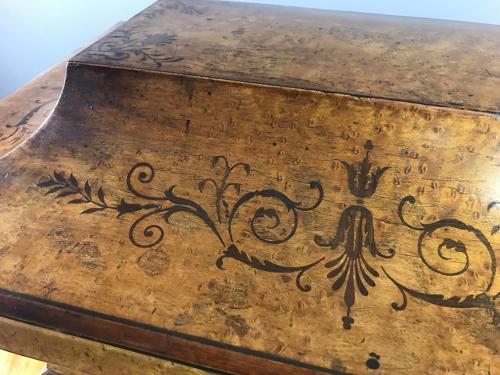 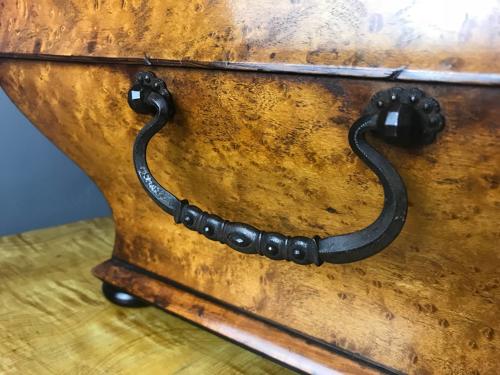 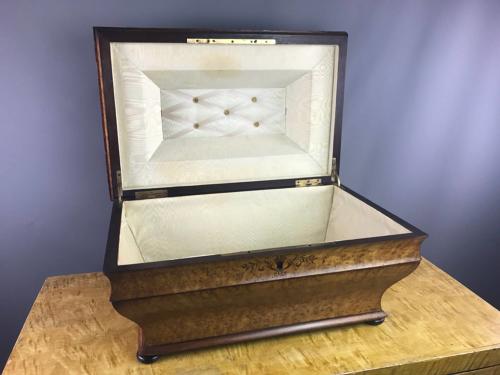 H: 30cm (11.8")W: 55cm (21.7")D: 36cm (14.2")
SOLD
A huge early 19th century Italian burr maple box, of sarcophagus bombe outline with wrought iron swing handles to either side and raised on ebonised flat bun feet, the domed top inlaid in ebony with renaissance style scrolls and neo-classical palmettes to the corners and similar decoration either side of the key escutcheon at the front, the interior with original watered silk lining.
An unusual box of extremely large proportions, in good order throughout with a very clean interior.  Some minor faults commensurate with its age, lacking key.
NB: There is an almost identical box in the collection at the Palazzo Nicolaci di Villadorata in Noto, Sicily.