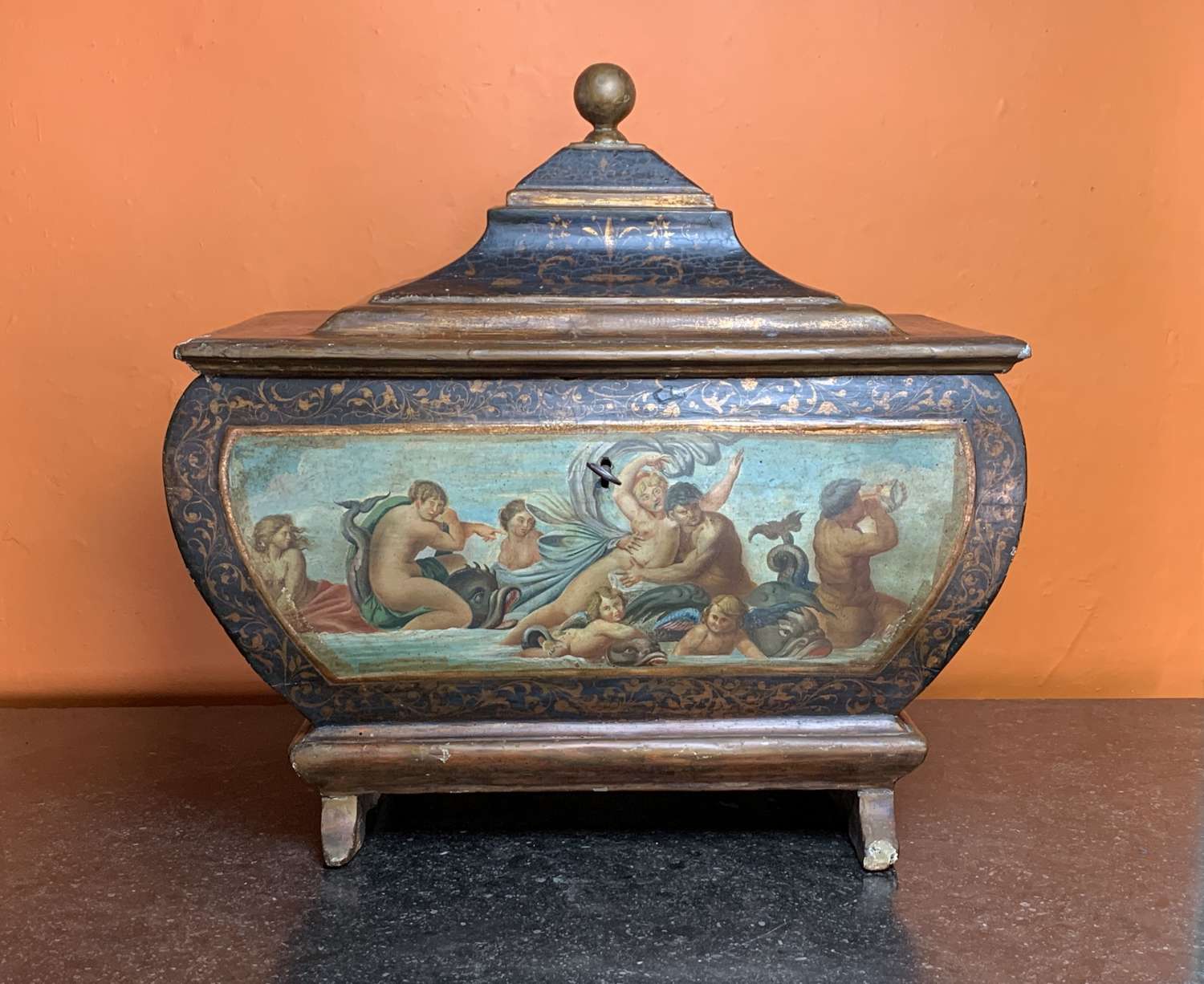 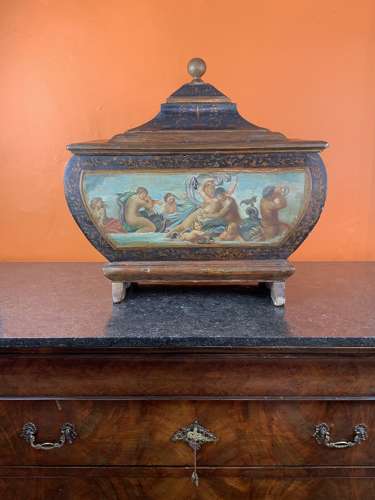 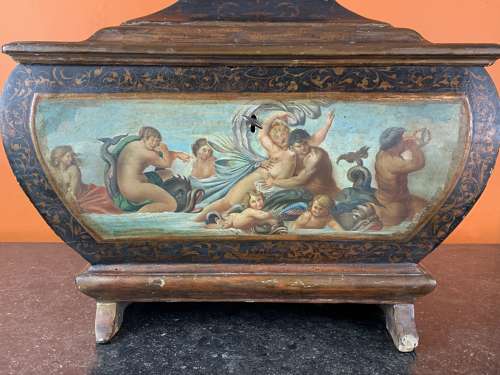 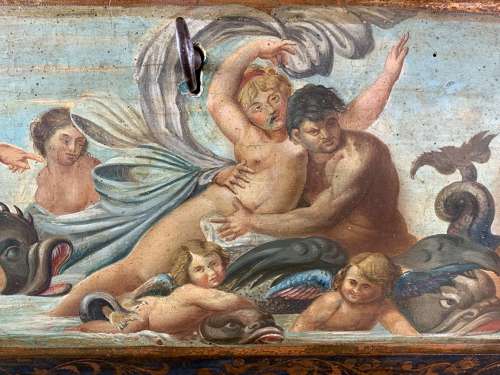 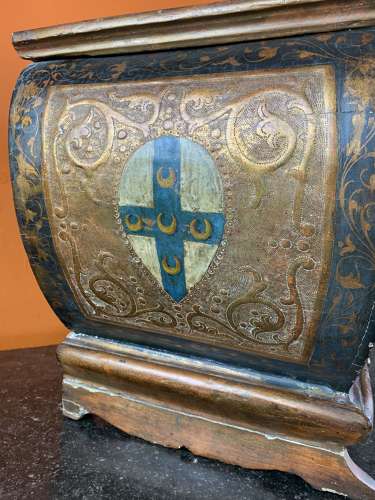 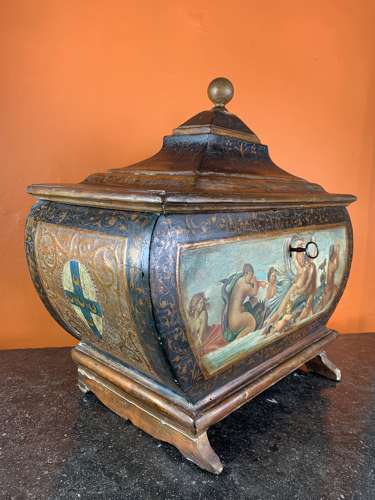 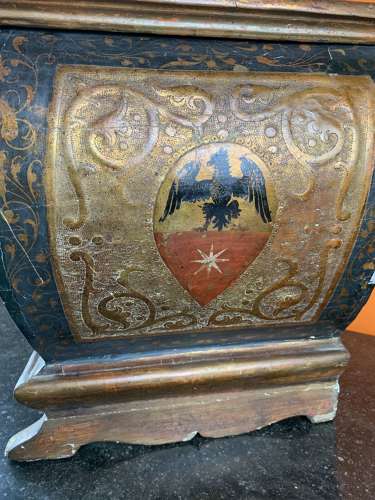 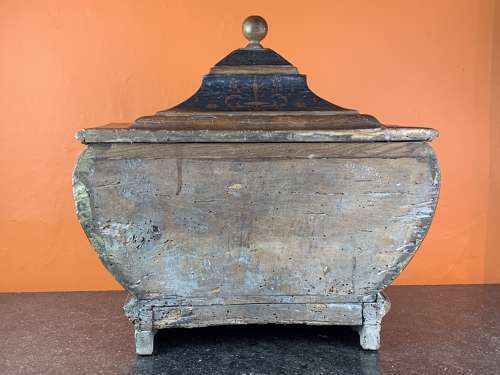 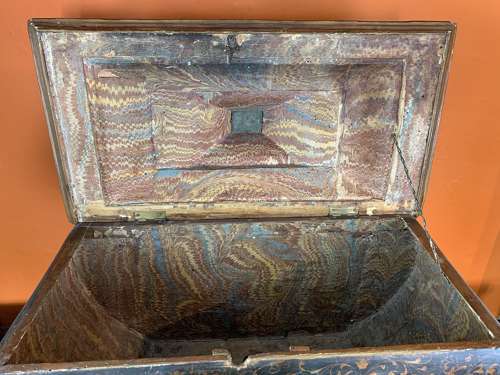 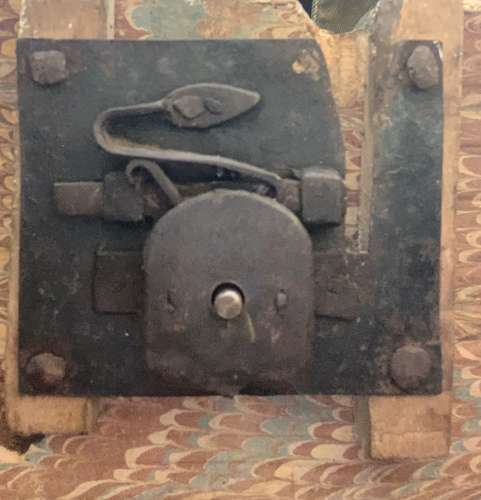 A large North Italian Baroque polychrome decorated and parcel-gilt casket, late 18th/early 19th century, the front painted with a scene depicting Amphitrite, the ends with coats-of-arms within pounced and raised gesso frames, on bracket feet. The interior lined with marble paper and with original iron lock and key.

Note: the coat-of-arms on the left hand sided featuring five crescents is for the Piccolomini family, prominent in Siena from the beginning of the 13th century until the 18th century and which included two popes - Pius II (1405-1464) and his nephew Pius III (1439-1503).