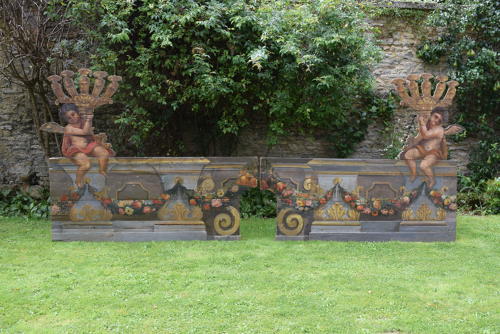 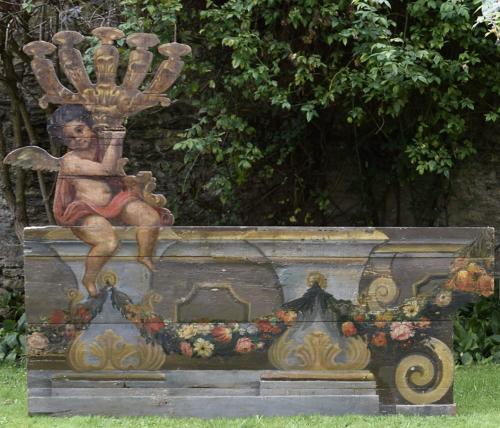 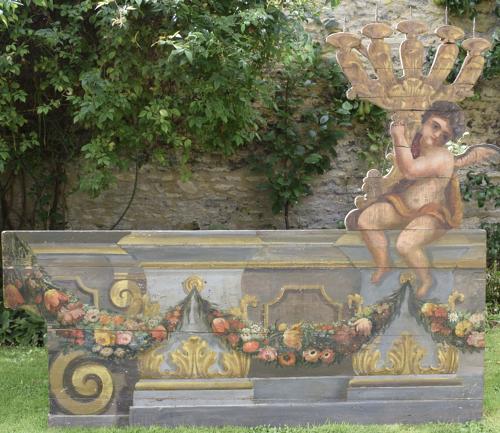 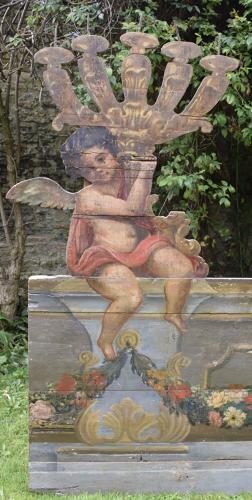 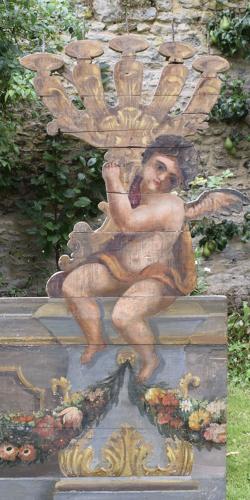 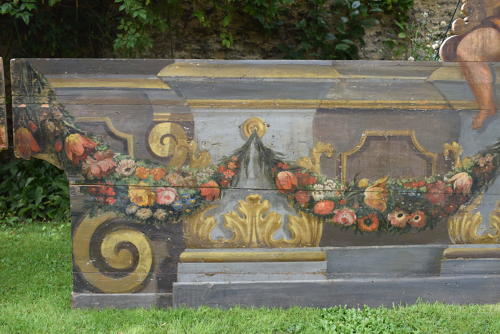 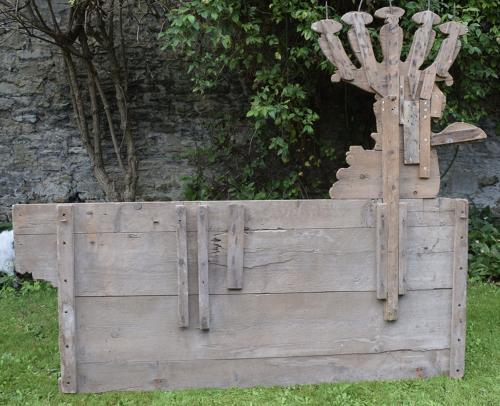 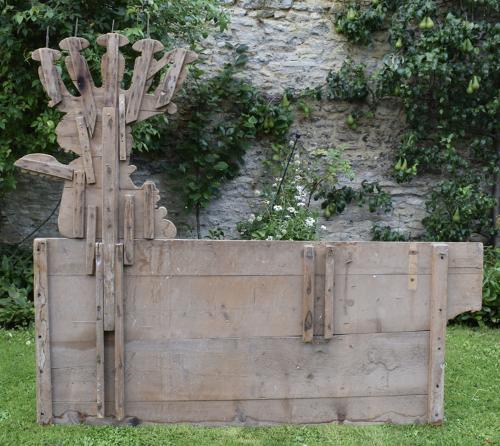 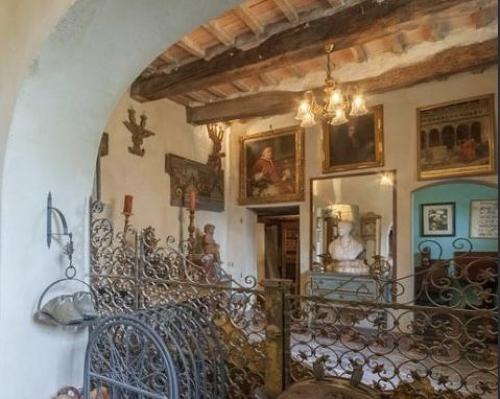 A spectacular pair of highly decorative antique Italian trompe l'oeil altar board panels, each depicting an architectural balcony hung with garlands of flowers, the opposing ends with a seated cherub holding a candelabra, the tops of the candelabra having iron prickets to hold candles.

The panels are of plank construction with supporting stretchers to the rear, the cherubs are removable and slot into the bases (see photographs of the reverse of the panels).  Condition is what might be described as 'rustic' and there is general wear, some overpainting in places and traces of old worm, however they are solid and very nicely painted.

The panels are from a palazzo near Todi in Umbria (I have a photograph of them hanging in situ on request - the image is too small to be included here) however I believe them to have originally been altar board panels from a church. The candelabra have clearly been used for candles as there is remains of wax on the panels and the reverse of one of them has burn marks.