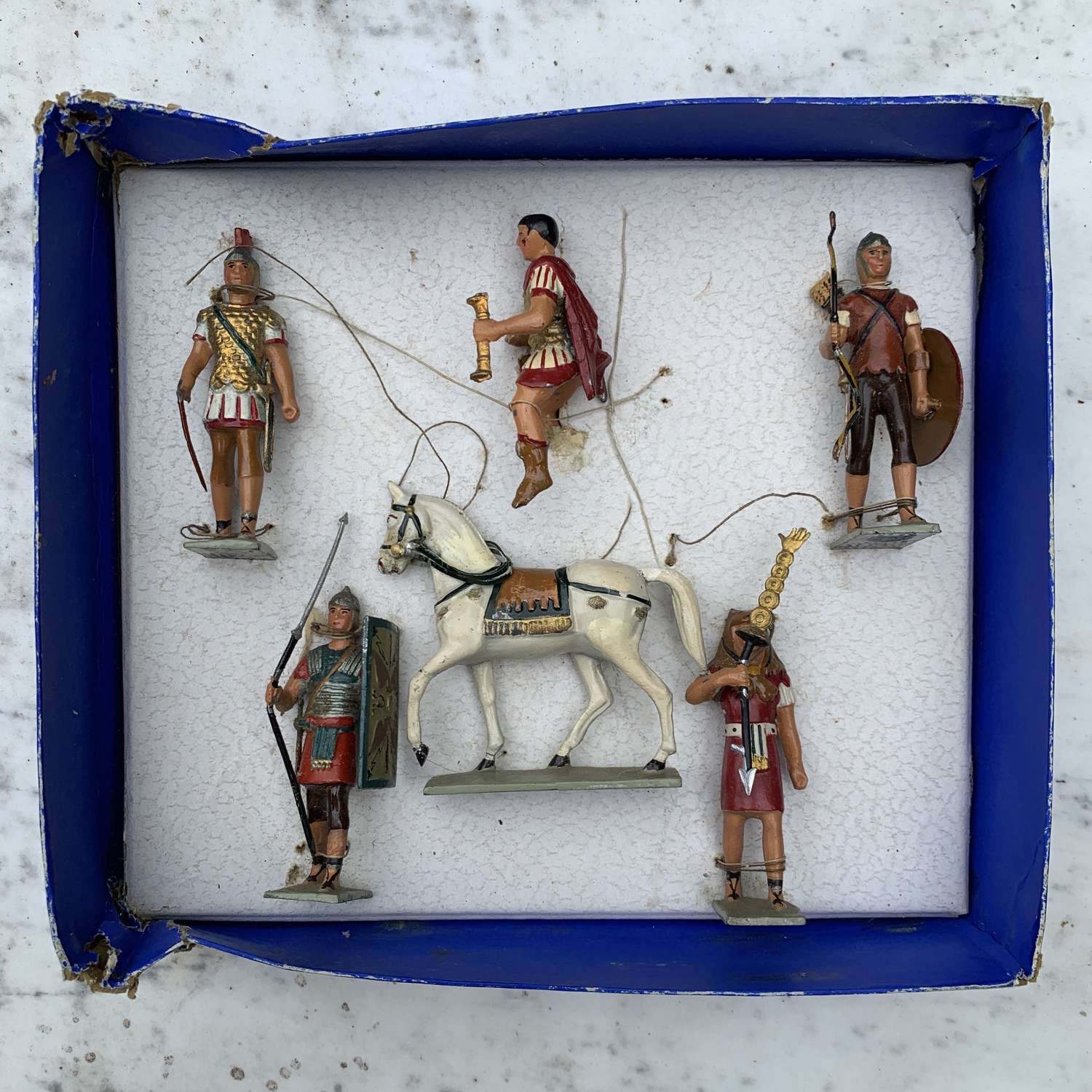 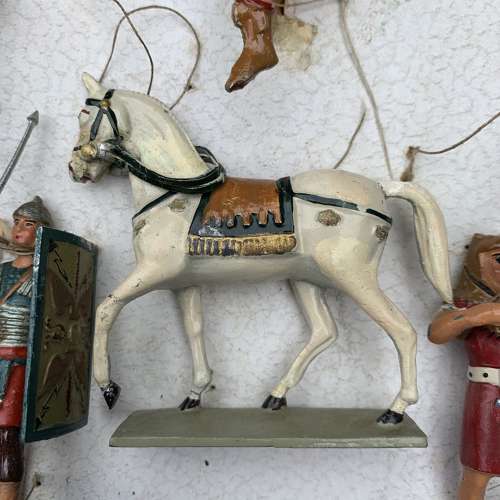 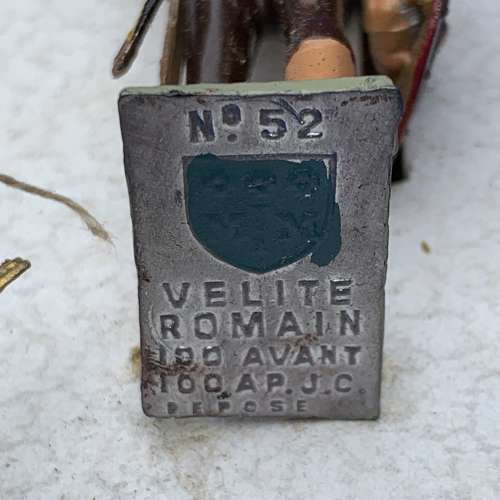 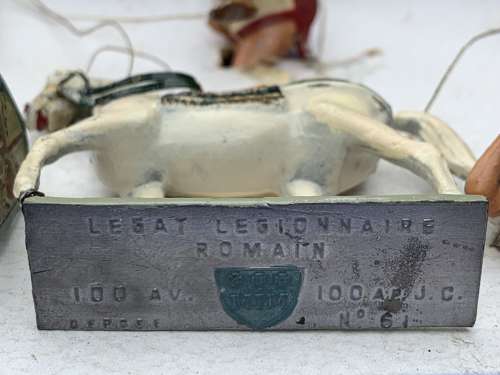 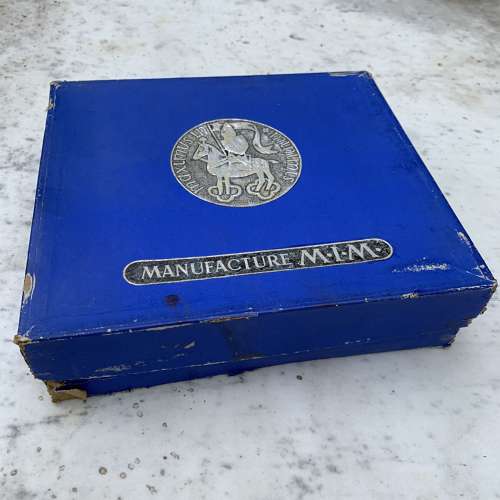 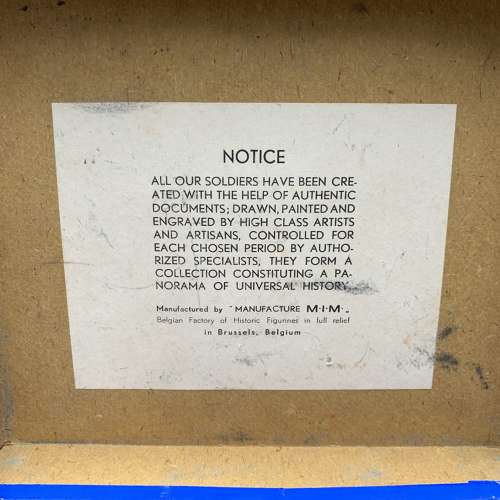 The four standing figures are still tied with their original thread into the box, the archer, standard bearer and legionnaire have bends to their 'weapons' (I have not attempted to straighten these), the mounted figure and horse are detached from the original threads. There are some very minor chips to the paintwork and the box is distressed. There is a slight difference in the paint colour on the horse's tail, which indicates it may have been re-stuck.