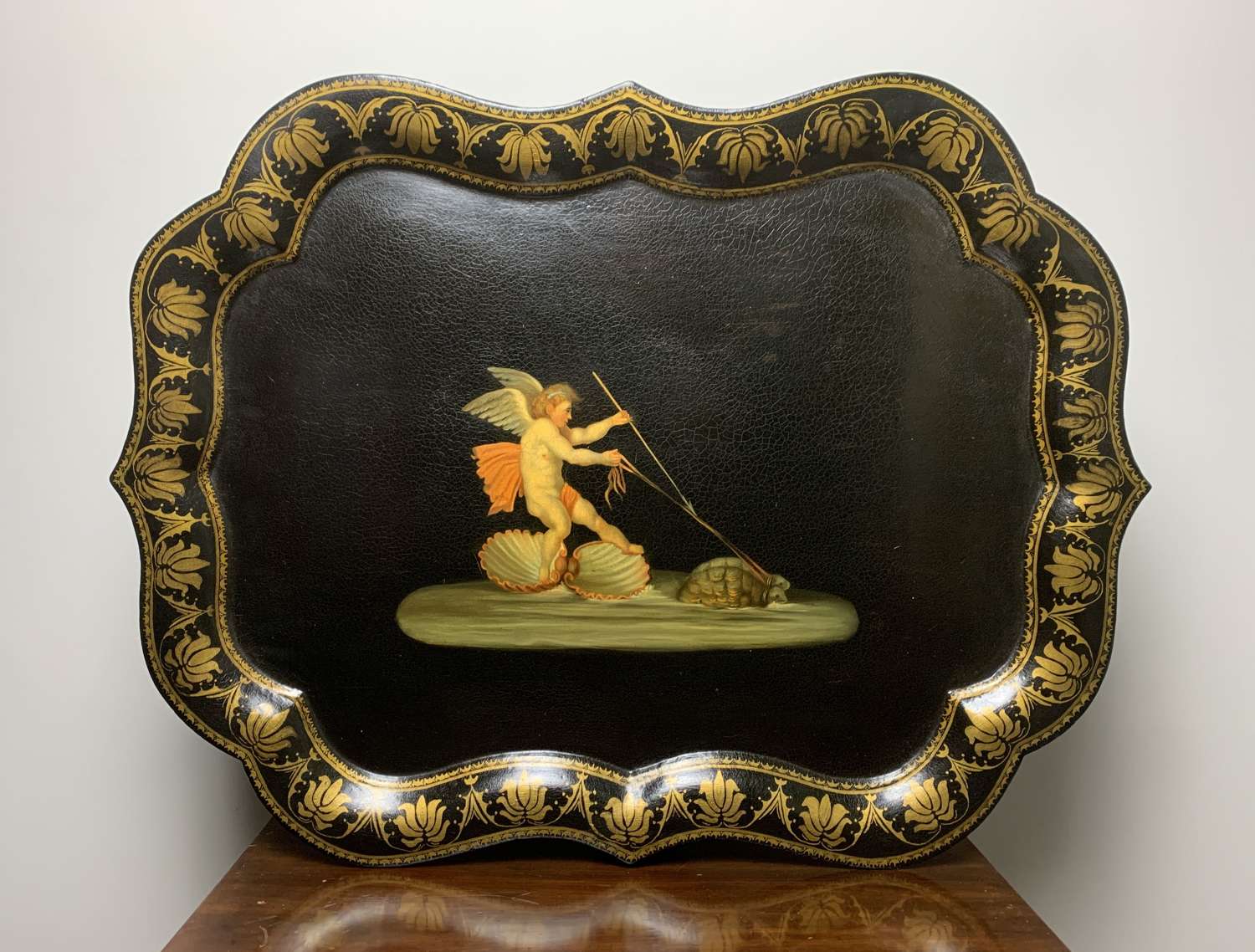 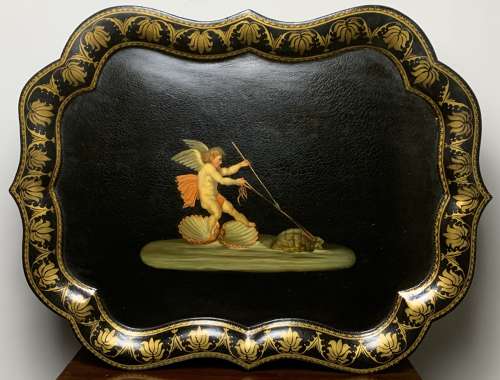 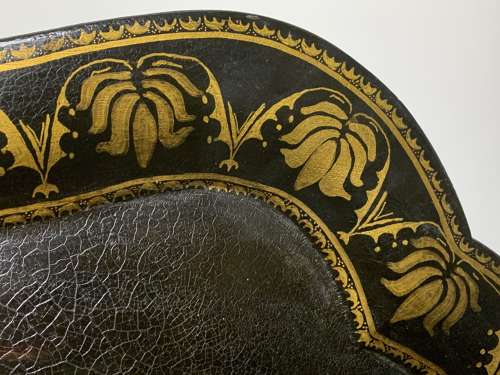 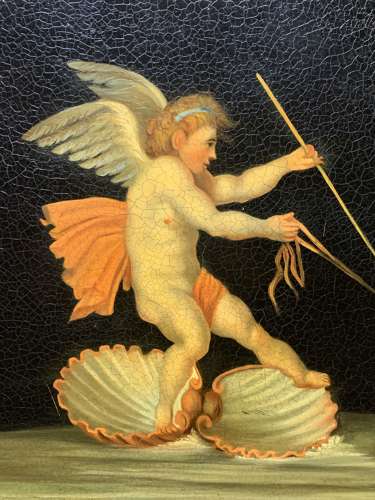 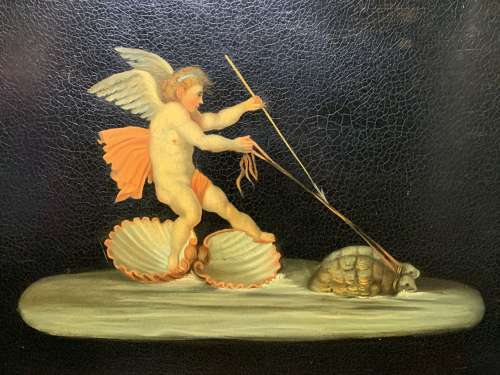 A charming Regency / William IV Papier Mache Tray, circa 1830, the raised shaped border painted in gilt with foliage with a central scene of Cupid standing on a shell chariot pulled by turtles, after the original by Michelangelo Maestri (Rome 1741 - 1812), who's most famous works were based on frescoes from Pompeii and Herculaneum.