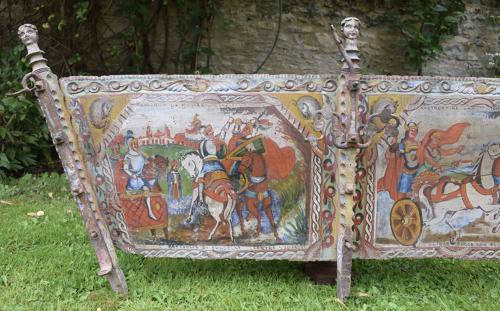 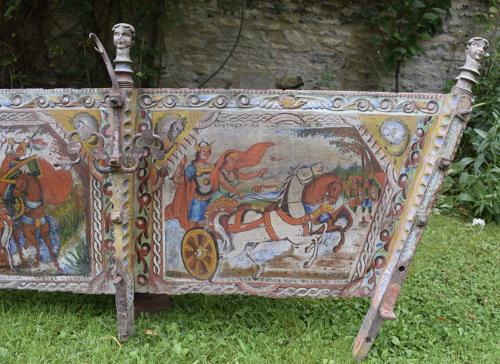 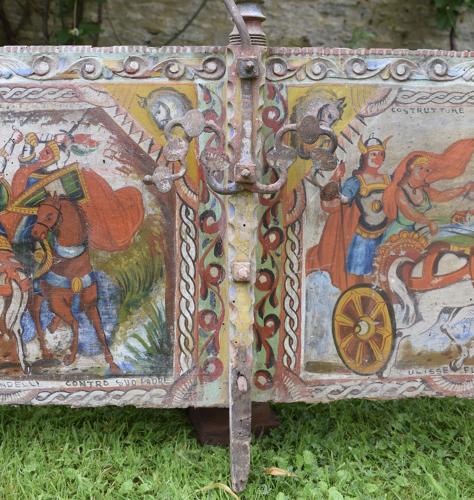 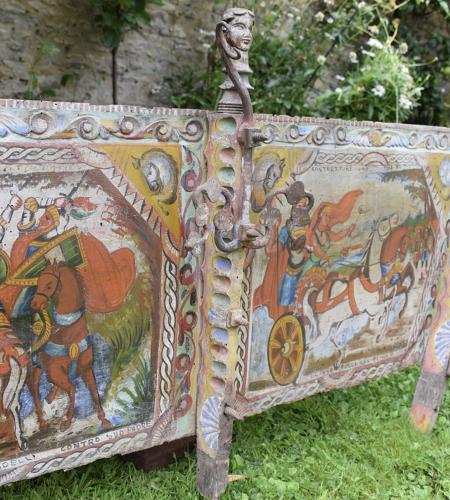 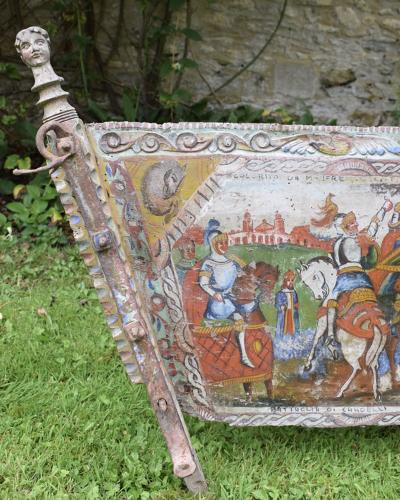 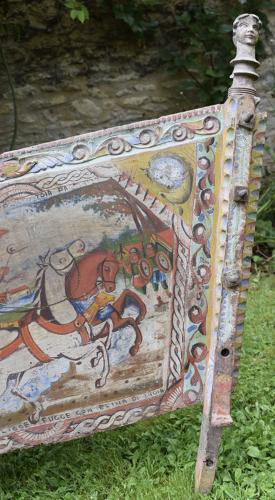 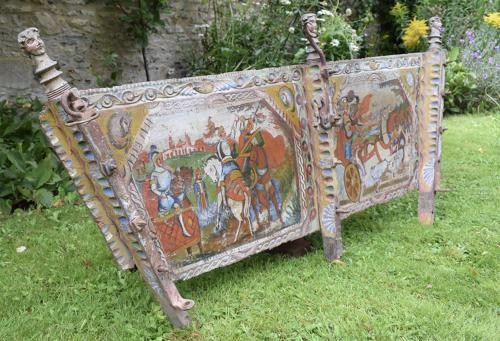 A hand carved and painted Sicilian cart panel decorated with scenes from classical mythology. Of trapezoidal form with a carved top border of birds in flight and c scrolls and applied carved heads to the centre and at either end, the left hand side painted with a scene signed with the name of the artist and titled 'Bottoglia Di Candelli Contro Sud Padre', the right hand side with the name of the cart maker 'Construtture Umberto Toia Partinico' above with a scene titled 'Ulisse Fugge Con Elina Di Troia' (Ulysses escaping with Helen of Troy), within multiple foliate and scroll borders and with fancy wrought metal mounts and catches

These traditional hand made decorative carts were introduced to Sicily by the ancient Greeks and are painted with scenes from classical mythology and local folklore. They are used for festive occasions such as weddings and festival parades.

This example dates from the late 19th century and was recently acquired from a castle near Todi in Umbria.