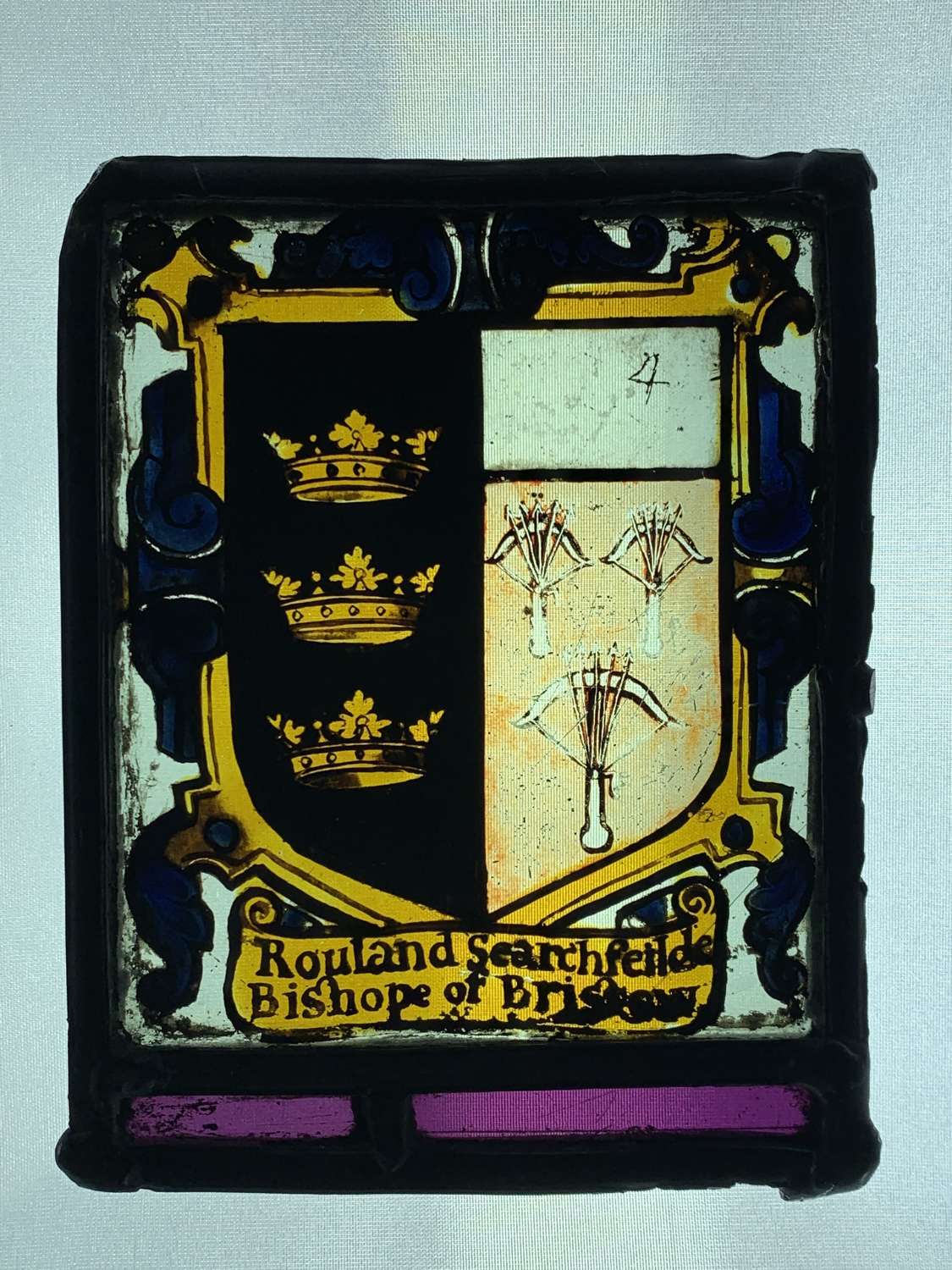 A 17th century stained glass armorial panel titled 'Rouland Searchfeltde Bishope of Bristol', the coat of arms with three Ducal coronets being the arms of the Diocese of Bristol, and three crowbows.

Rowland Searchfield (1564 - 1622)attended St John's College, Oxford and was appointed rector of the university in1596. He was also the vicar of Evenly, Northampton, rector of Burhrop Glocestershire and in1606 he became vicar of Charlbury, Oxfordshire. On 18 March 1619 he was elected bishop of Bristol and died in October 1622. He is buried in Bristol Cathedral.