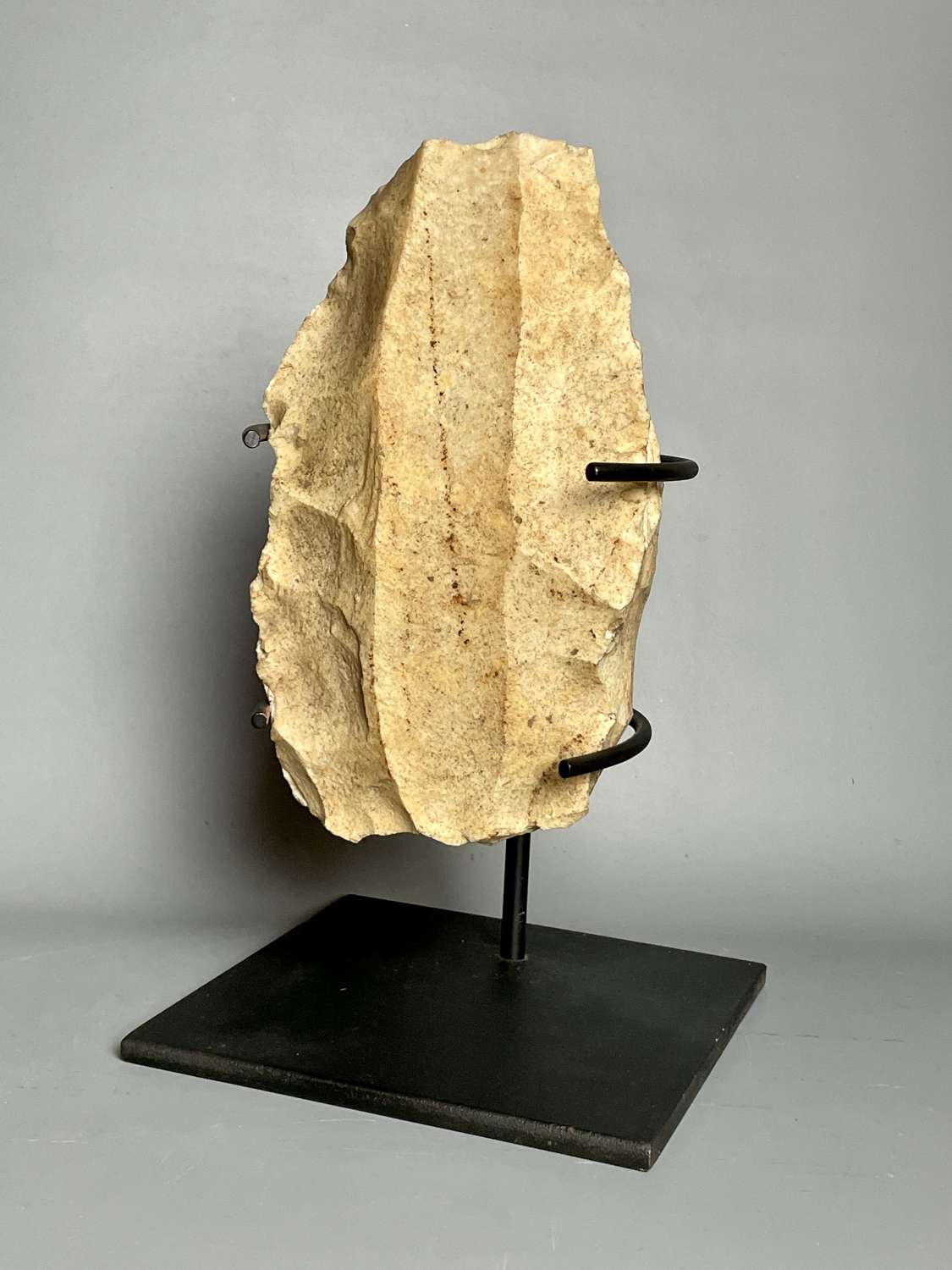 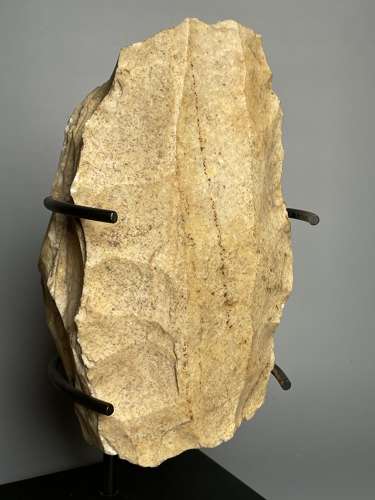 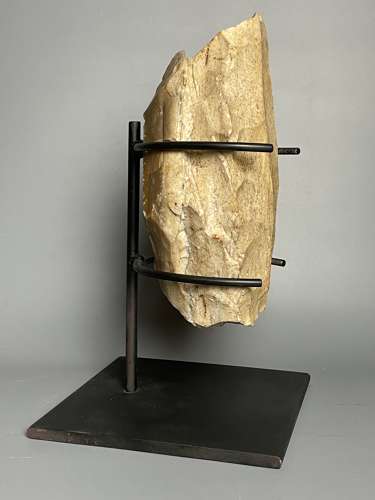 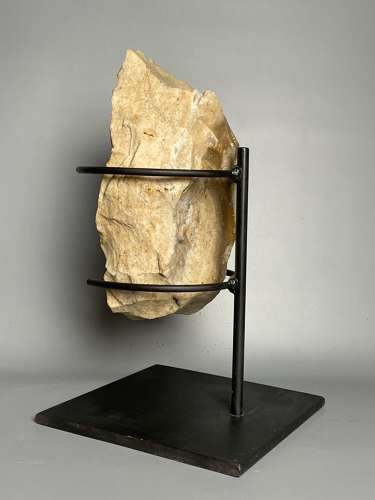 A large Neolithic flint core with numerous percussion lines from the Grand Pressigny region of France, 3rd Millennium BC.

These large Neolithic cores are often called “livre de beurre” due to their similarity in appearance to large slabs of artisan butter produced in this region of Central France which was a major site for the production flint blades. The blades were flaked from the core using a technique allowing very long blades to be produced and were exported throughout Europe.