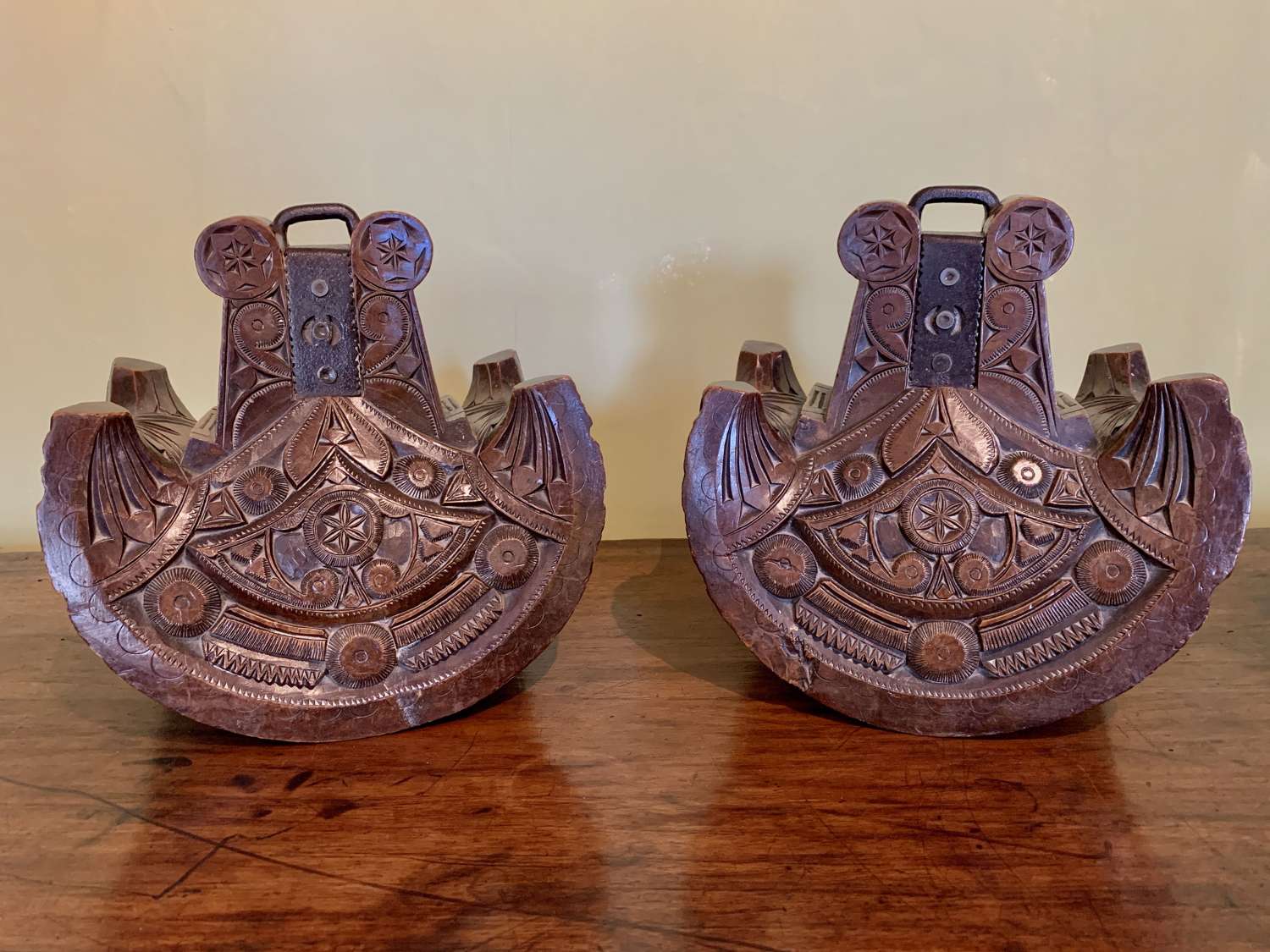 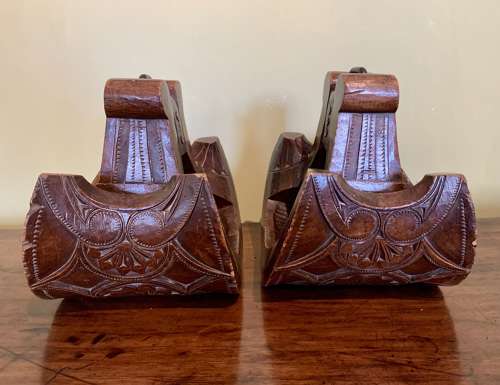 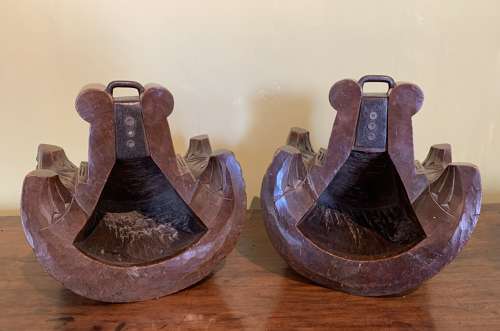 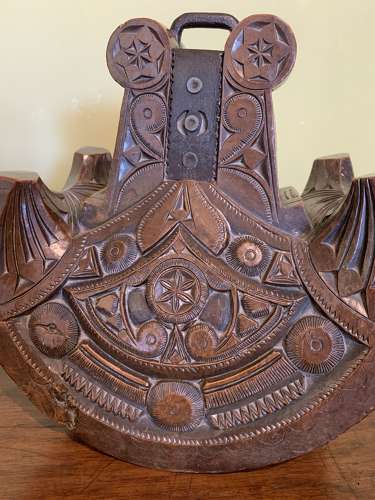 These large, heavy and elaborated Mapuche stirrups may have been used for rituals and ceremonies in which horses were adorned with rich and elaborate tack. Their general shape is inspired from Argentinian campana stirrups, themselves evolved from 18th-century European types.

The carved geometric designs refer to Mapuche symbolism and cosmogony. The circle with the cross represents meli witran mapu (literally the land of the four places), the four parts of the world. The circles with a central dot, on the lower rim, may be representations of the sun or stars and the crown-shaped symbols may represent the head of Lukutuwe, or the First Man, as he appears on many Mapuche textiles. Hearts and leaf-shaped motifs are other traditional designs, while the four pointed mounts at each corner of the stirrup represent sacred spaces and communication with the deities.

The Mapuches are Native people living on a territory mainly located in the south of Santiago del Chile and partially in Argentina. Mapuches were fierce warriors, never defeated by the Incas and then the Spaniards, and the Mapuche lands were conquered only in 1883. They adopted the horse for war very shortly after their first encounter with the Spanish in 1551, and before the end of the century they had several organized squadrons of cavalry. The animal then soon became an important part of traditional Mapuche life.

A very similar pair can be seen in The Metropolitan Museum of Art, New York.