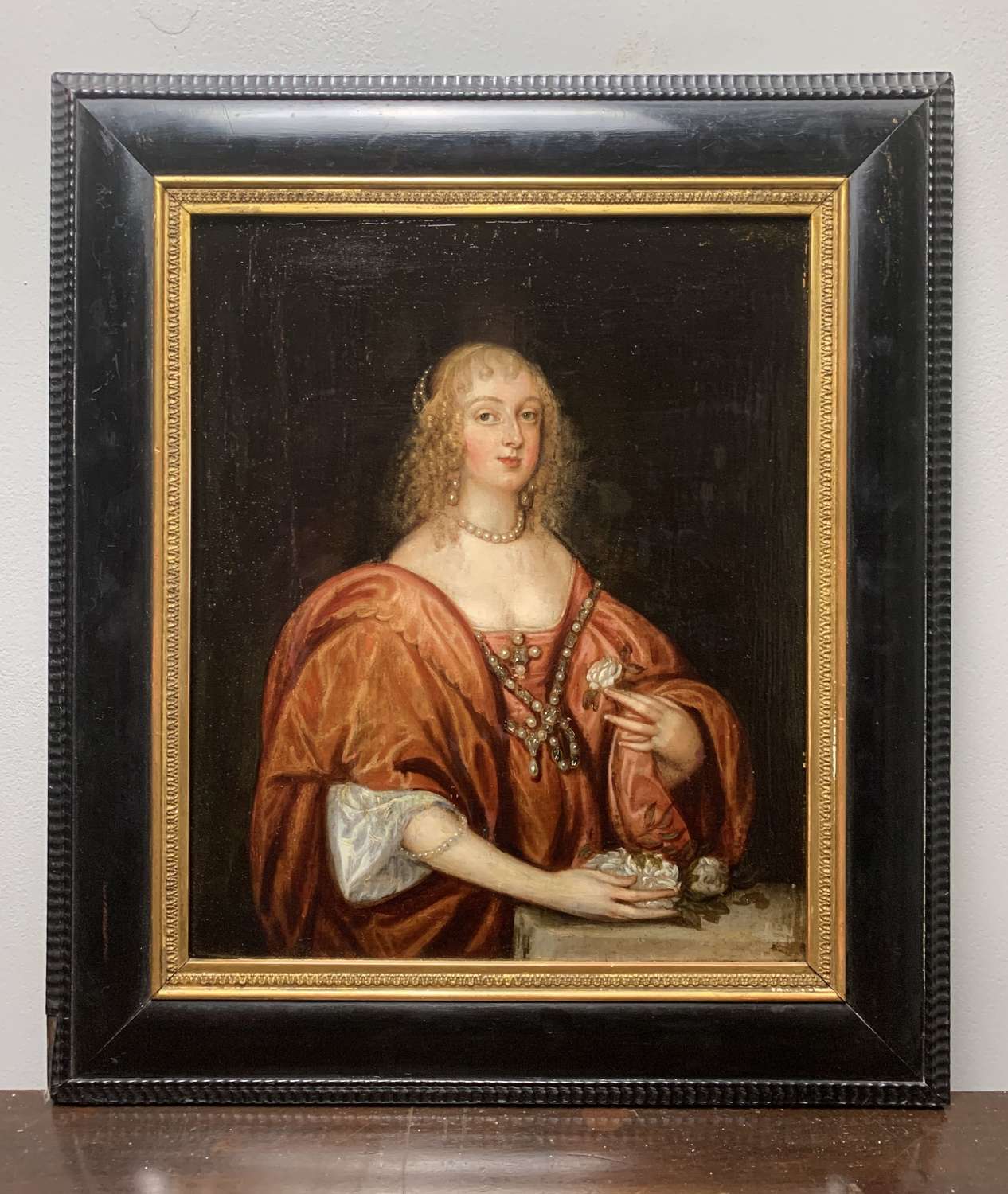 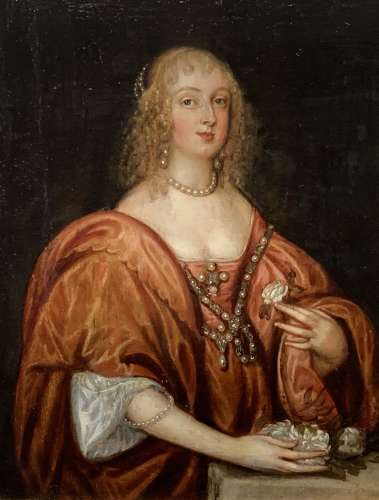 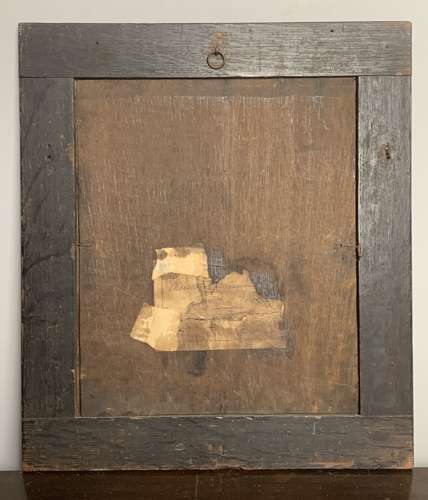 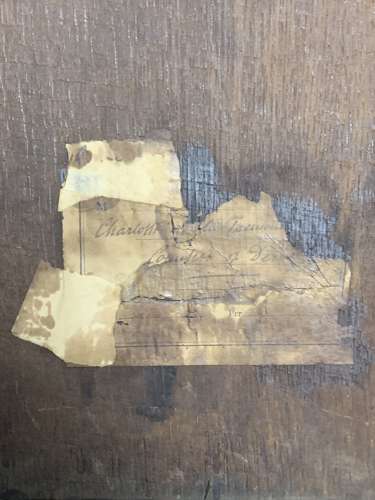 Manner of Peter Lely, a 17th Century British School, Portrait of Charlotte Stanley, Countess of Derby, three-quarter length, standing beside a table wearing a bejewelled orange taffeta robe, with perl necklace and earrings and holding a white rose in her hand, oil on panel. Remains of a paper label to the reverse inscribed 'Charlotte de La Tremoille, Countess of Derby', within a 19th century ebonised frame with gilt slip.

Charlotte Stanley, Countess of Derby (1599 - 1664) was born at the chateau of Thouars, Poitou, in France. She was the daughter of the French nobleman Claude de La Trémoille, 2nd Duke of Thouars, and his wife, Countess Charlotte Brabantina of Nassau. Her maternal grandparents were William I, Prince of Orange, and Charlotte de Bourbon.

Charlotte married James Stanley, 7th Earl of Derby in 1626. Her husband was a Royalist commander in the English Civil War, later taken prisoner at Nantwich in 1651 and beheaded at Bolton.

Lady Derby was famous for her defence of Lathom House in the Siege of Lathom House by Parliamentary forces during the First English Civil War in 1644. During the absence of her husband, she was left in charge of what turned out to be the last remaining Royalist stronghold in Lancashire. After the fall of Warrington, she was requested to acknowledge Parliament's authority and surrender her house, but she refused on the grounds that doing so would dishonour her husband. She offered to limit herself to defending her home and this postponed further attacks on her position. In February 1644, Latham House was besieged by the forces of Sir Thomas Fairfax. Lady Derby had fortified the castle to resist bombardment and assembled a militia of marksmen who were able to inflict significant losses by sniping. She refused repeated offers of surrender. On 27 May 1644, Prince Rupert arrived with Royalist forces and the siege was broken. Lady Derby and her staff were evacuated to the Isle of Man.