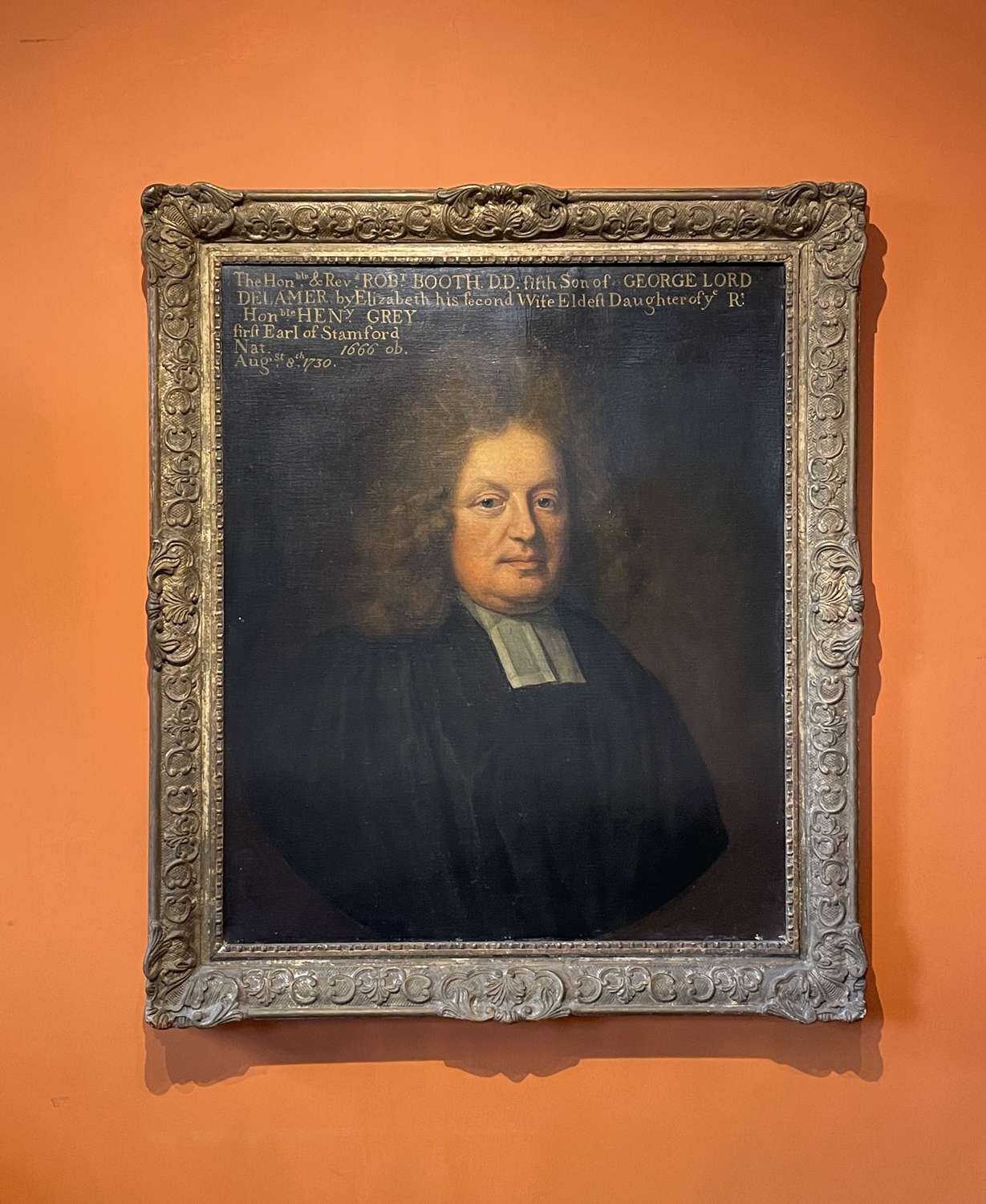 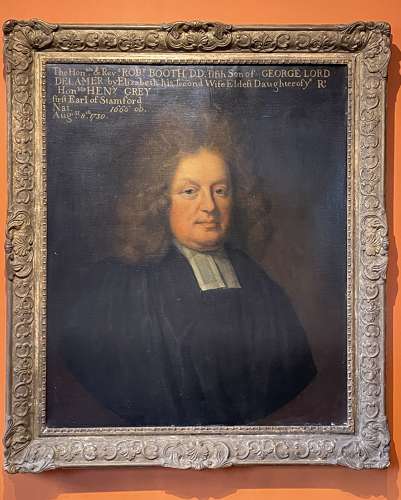 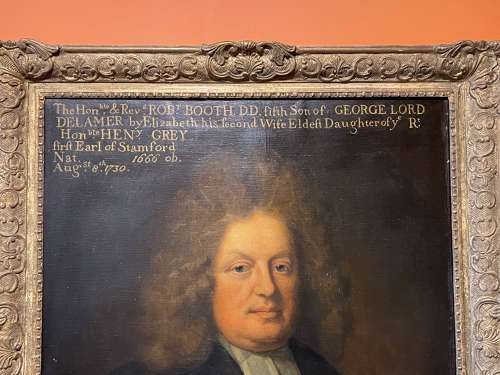 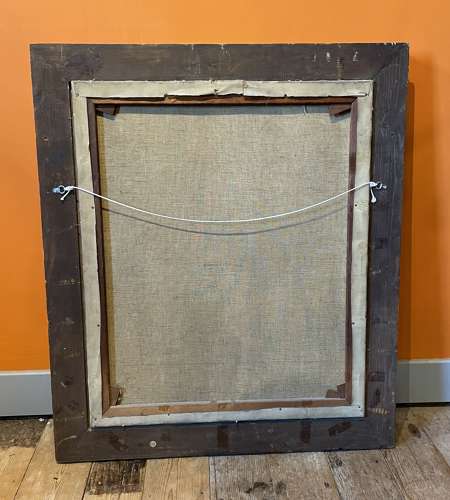 English School, circa 1730, Portrait of The Honourable Reverend Robert Booth, seated half-length, oil on canvas, within a 19th century gilt frame and bearing the inscription:

Robert Booth (1662–1730), was an aristocratic 18th-century Anglican priest, he served as Archdeacon of Durham from 1691 and also as Dean of Bristol from 1708. He is buried at Bristol Cathedral.

This portrait was posthumously painted given the acronym DD appearing after his name on the portrait.

Although not recently, the canvas has been restored and relined, There is a run in the varnish at the centre top of the canvas.