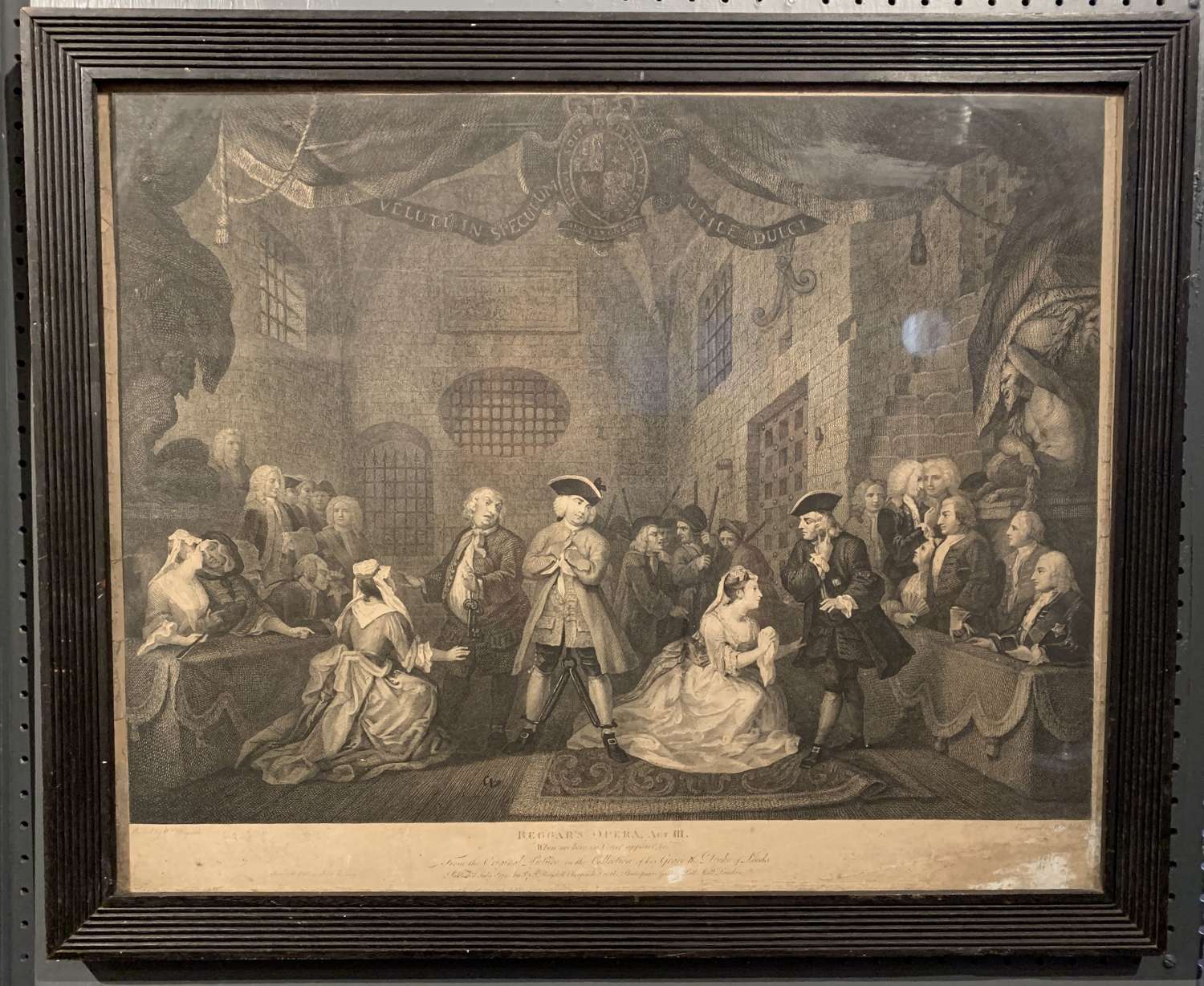 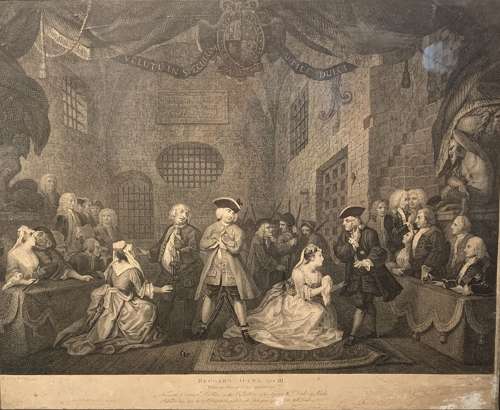 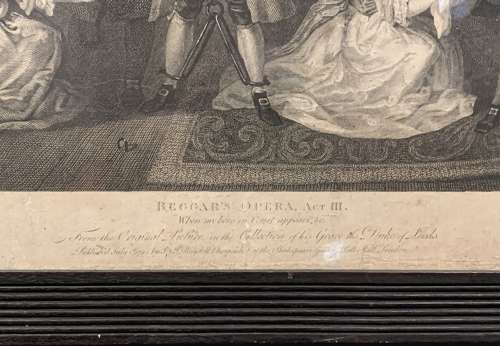 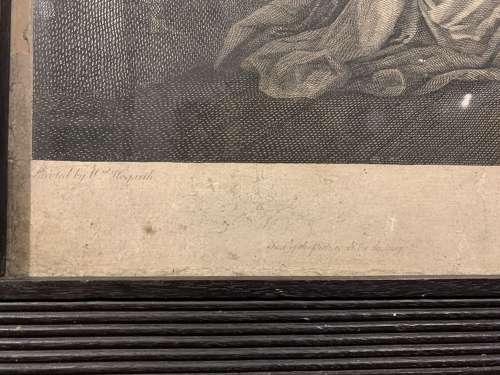 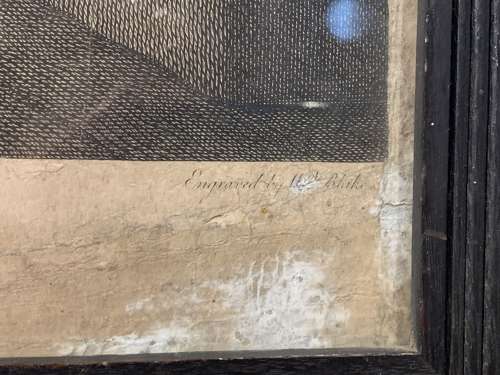 Hogarth’s painting depicts a performance of John Gay’s The Beggar’s Opera first performed at Lincoln’s Inn Fields in 1728. The scene is Newgate gaol, Polly Peachum, played by Lavinia Fenton, kneels on the floor to the left of the design, while Lucy played by Mrs Egleton also kneels, pleading for the life of Macheath, played by Thomas Walker who stands centre stage, with arms folded, wearing manacles.
The original oil painting was purchased by the Tate Gallery, London in 1909.

This Boydell published edition of the engraving is in poor condition. It is somewhat faded and has old restoration on the bottom right which is now very visible due to the fading of the paper.

This engraving was previously the property of Sir Horace James Seymour GCMG CVO (26 February 1885 – 10 September 1978) was a British diplomat, Ambassador of the United Kingdom to Iran from 1936 - 1939 and China from 1942 - 1946. He lived at Bratton House of Westbury, and was the great-grandson of Robert Ellice and Eliza Courtney, the illegitimate daughter of Georgiana, Duchess of Devonshire.

This engraving previously hung at Bratton House, Westbury, Wiltshire and has until recently remained in the Seymour family by descent.