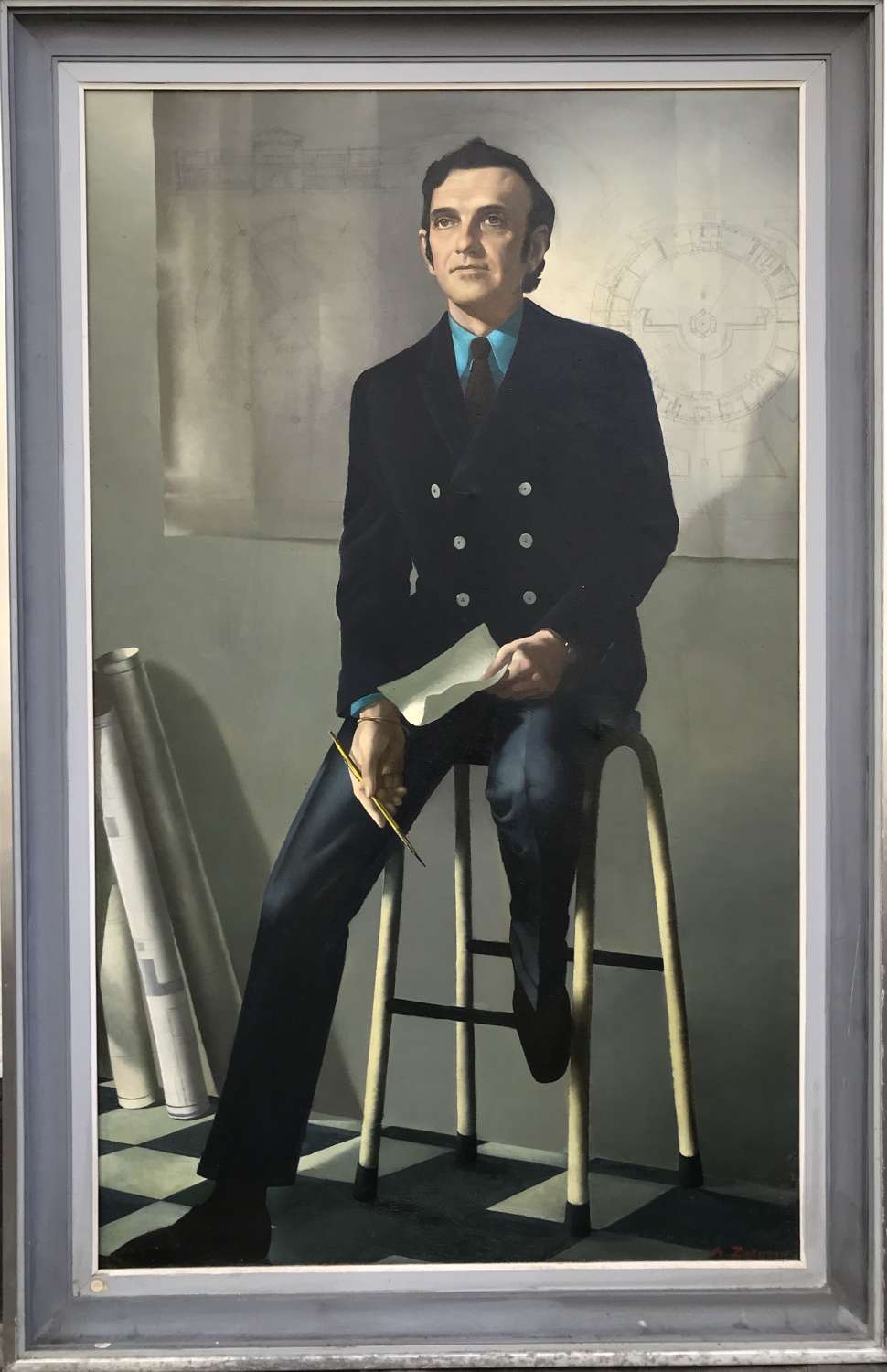 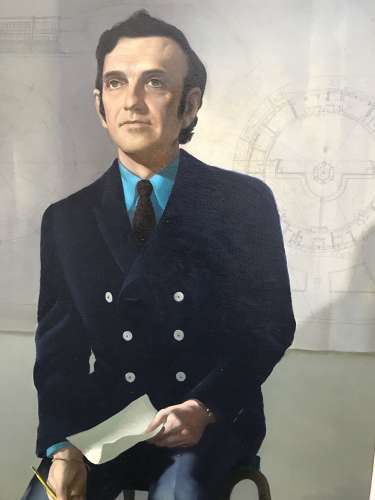 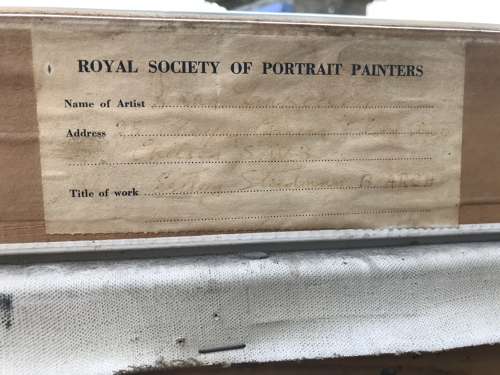 Anna Zinkeisen Oil on Canvas Portrait of an Architect

Anna Katrina Zinkeisen (1902 - 1976) Full length Portrait of the architect Estlyn James Anthony Steedman (Born 1927) oil on canvas, circa 1965, portrayed seated on a stool with a pencil and paper in his hands and rolls of drawings at his side, the wall in the background pinned with architectural drawings.

within it's original frame bearing a Royal Society of Portrait Painters label to the reverse.

Portrait painter and muralist. Anna Zinkeisen won a scholarship to the Royal Academy Schools from Harrow School of Art, and in 1920 and 1921 received the Landseer Award. She later worked for Wedgwood as a ceramics designer. With her sister Doris, Anna painted murals for the passenger liners RMS Queen Mary and RMS Queen Elizabeth. She later specialised in pathological and clinical drawing. During the Second World War she worked in the casualty ward at St Mary's Hospital, Paddington, in the mornings and painted in a disused operating theatre in the afternoons.