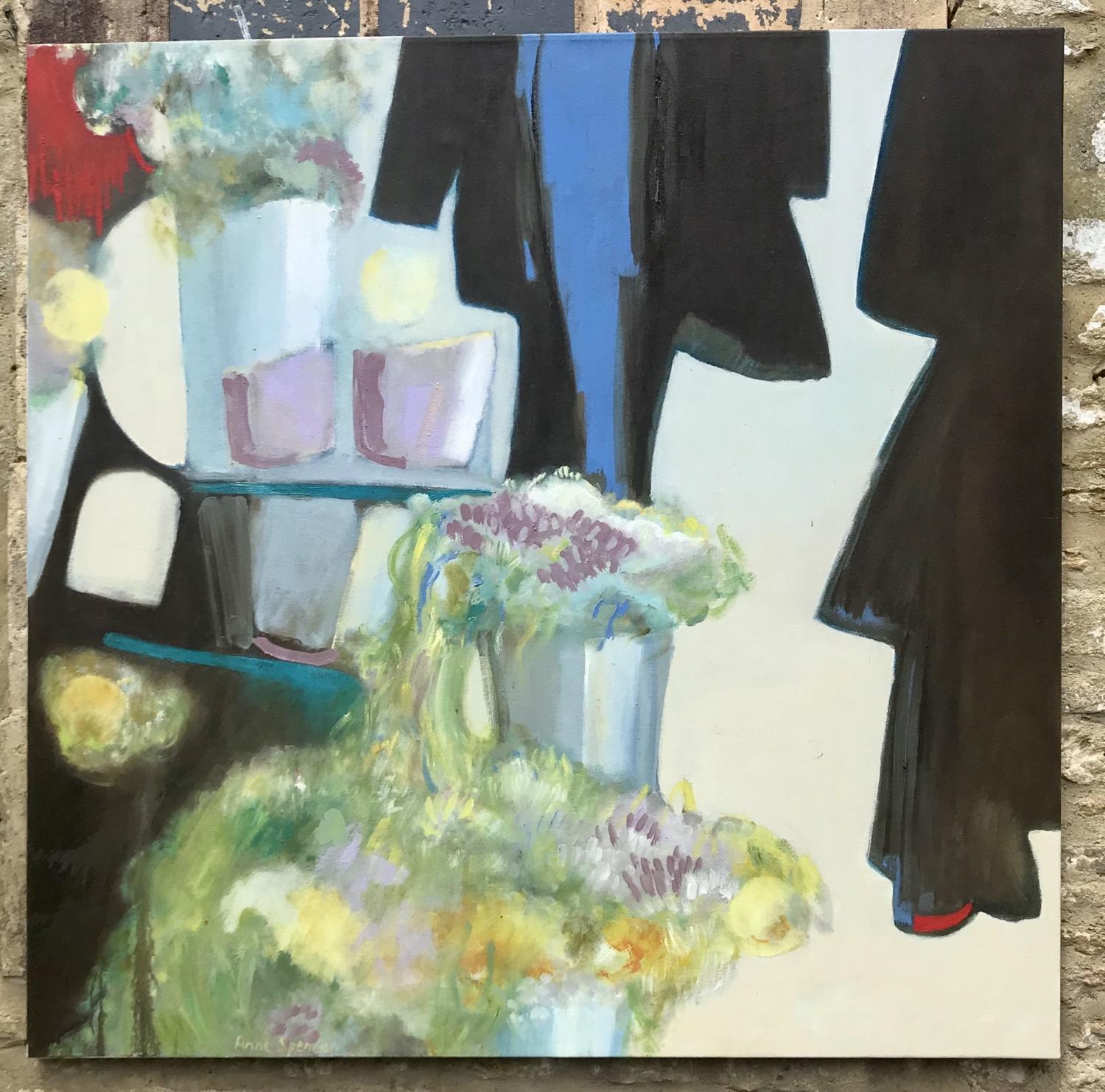 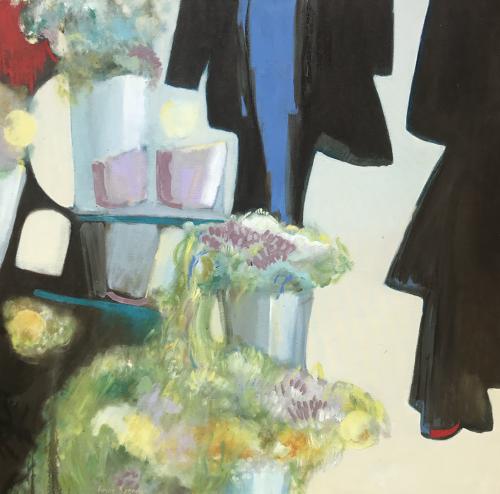 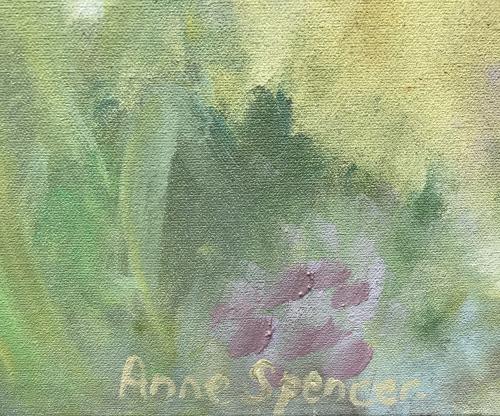 Anne Spencer, 'Blooming Sidewalk', oil on canvas, circa 2010, signed lower left and titles on the reverse.

This is a loosely executed snapshot of black suited figures passing the display outside a florist's shop in Davies Street, Mayfair, painted by the artist whilst in London circa 2010.

Anne Spencer is a well-known Sydney based artist. Her first solo exhibition ‘Luminosity’ in 2005 was a sellout of 24 paintings and she continues to exhibit both in Australia and Internationally, with clients in London, Switzerland, Singapore and New York City/The Hamptons in addition to Australia. She currently paints full-time in her Mona Vale studio on the Northern Beaches of Sydney and is represented by galleries in Sydney, New York and Forence.