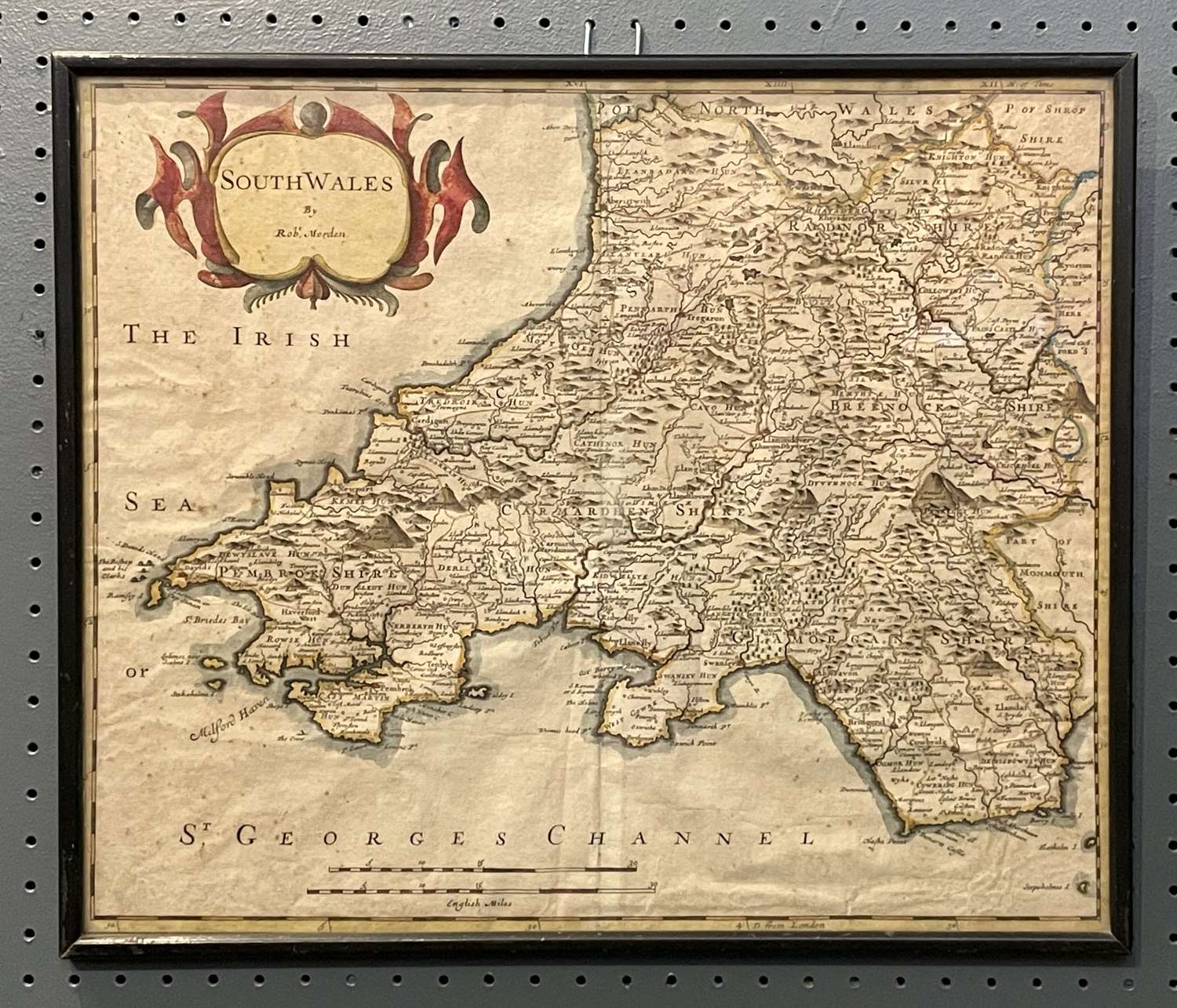 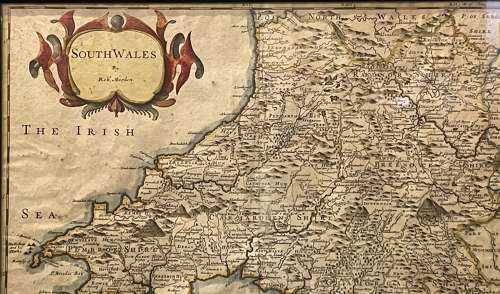 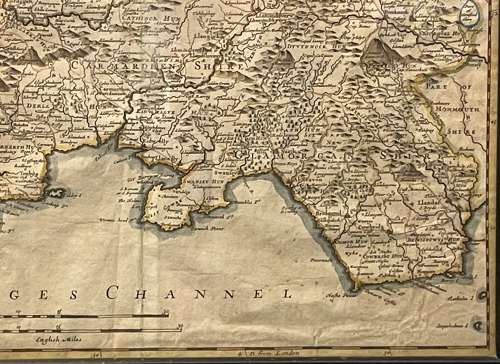 A fine copper engraved original antique map of South Wales, covering northwards as far as Aberdovey. Highly detailed with decorative title cartouche and scales of miles. This map is particularly interesting being the first county map to show roads, and also the first to show three different scales determining distance, as the usage of each scale varied throughout the country. With attractive later hand colouring. Within an early 20th century frame.

Robert Morden (1650-1703) was an English bookseller, publisher, and maker of maps and globes. He was among the first successful commercial map makers.