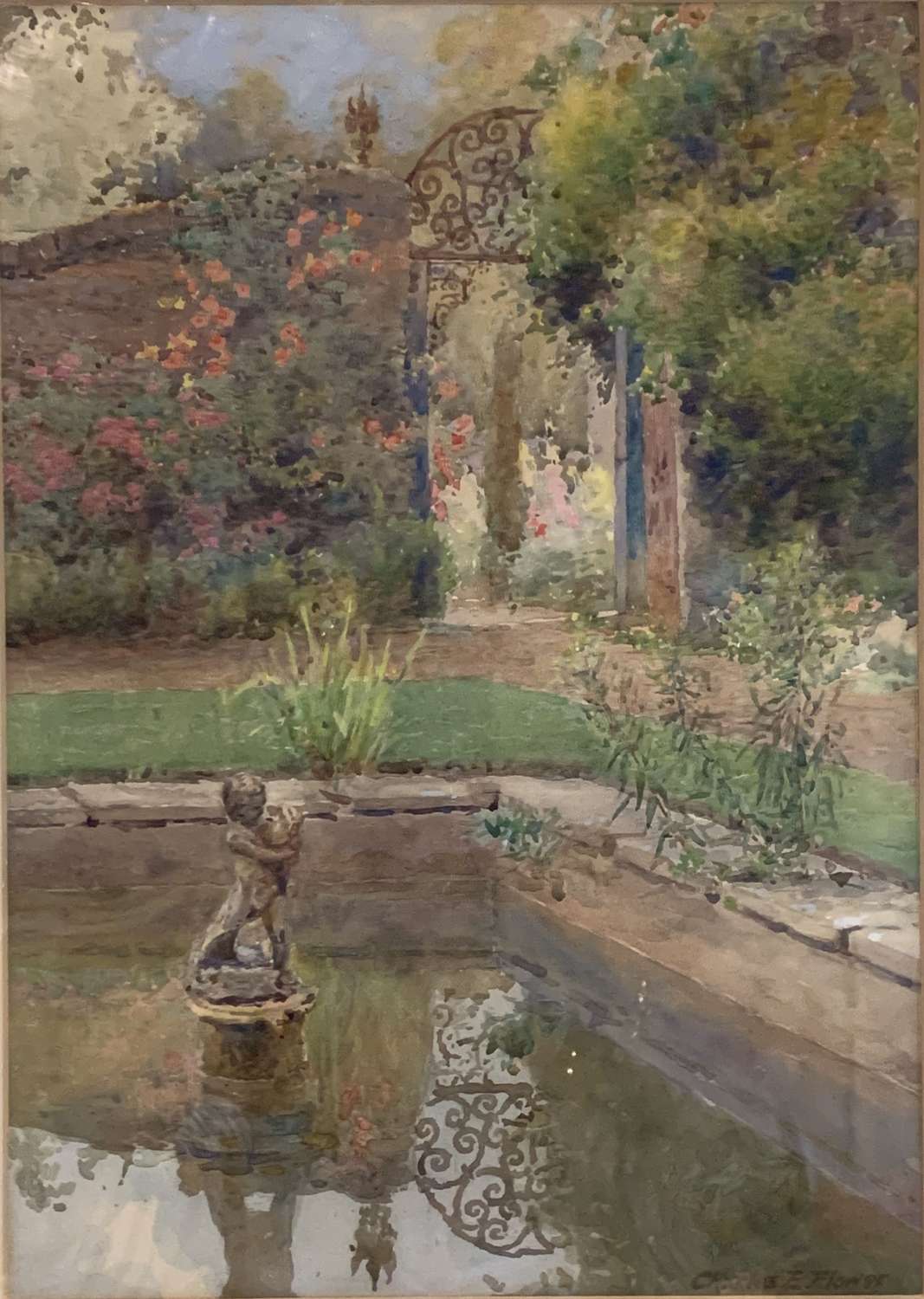 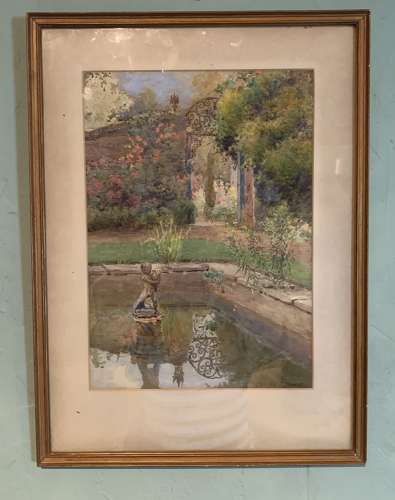 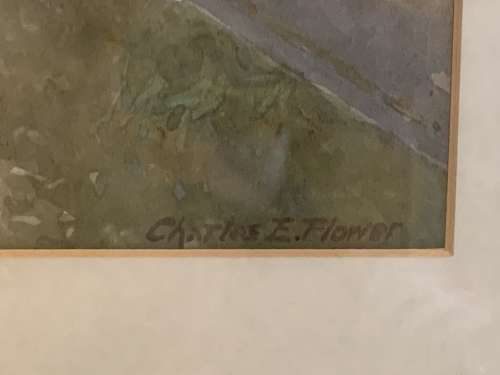 Charles Edwin Flower Watercolour of an Ornamental Pond in a Garden

Charles Edwin Flower was predominately a painter of landscapes and architectural subjects too. He is best known as a postcard artist, being one of Raphael Tuck’s most prolific artists, contributing around 300 paintings over a long career. He travelled widely throughout the USA, Canada, Germany and Argentina as well as the breadth of the UK. The popularity of Tuck’s postcards made his work some of the most recognised of the early 20th century. Prior to working for Tuck, he was employed as an artist by the archaeologist Augustus Pitt Rivers to illustrate a catalogue of the vast number of finds from excavations on Pitt Rivers’ Wiltshire estate.

He exhibited at the Royal Academy from 1899.