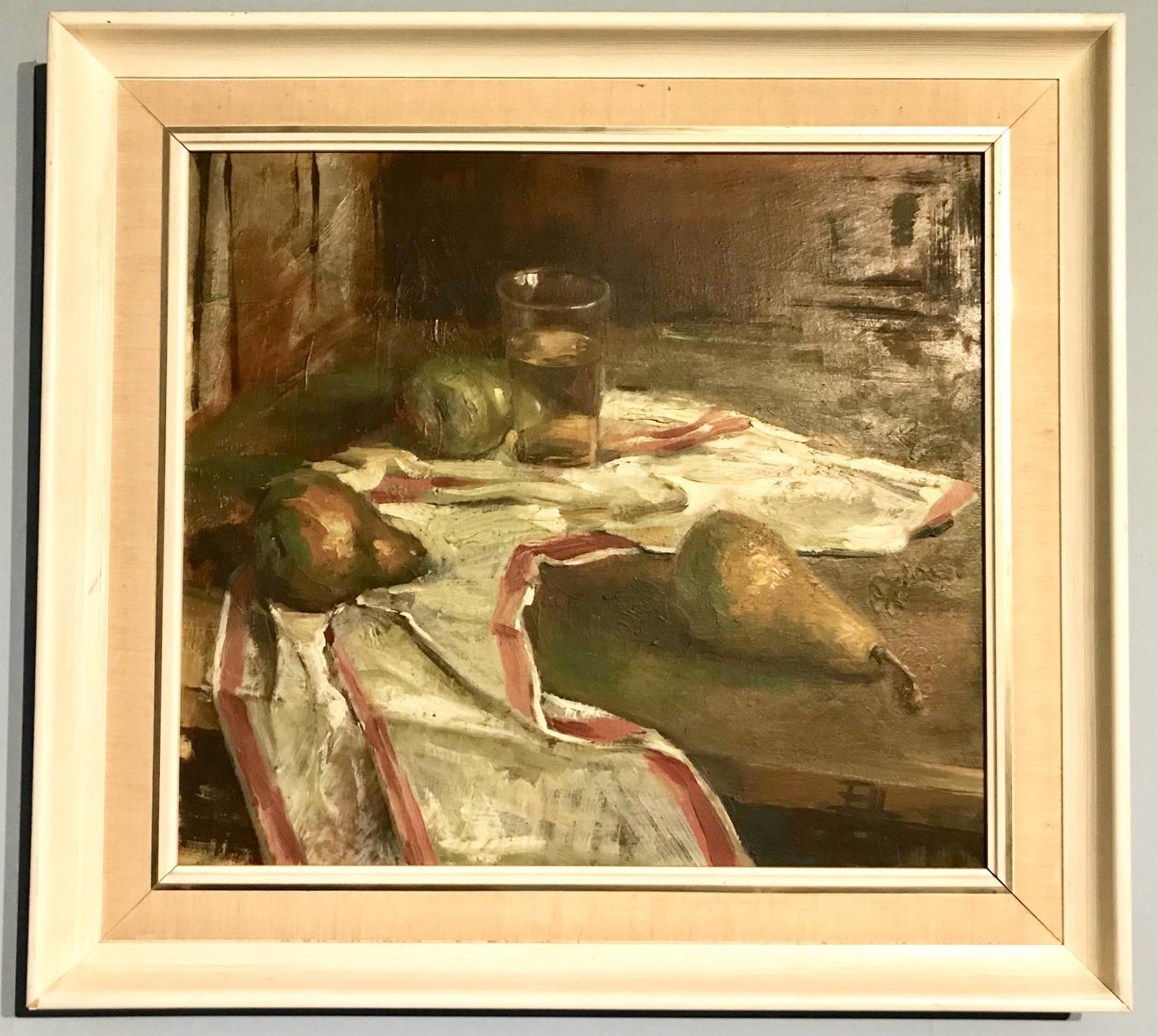 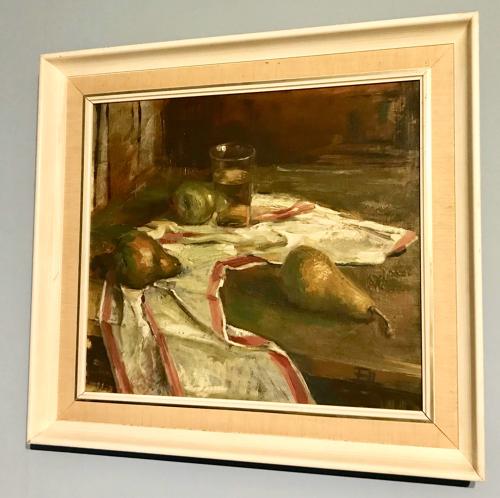 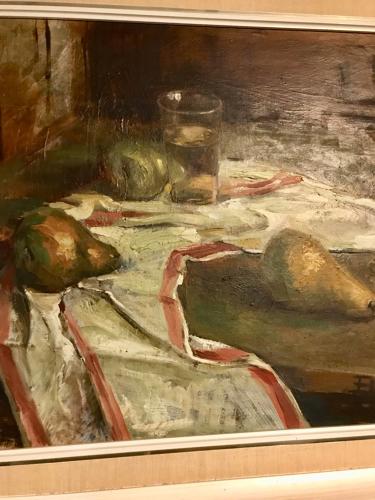 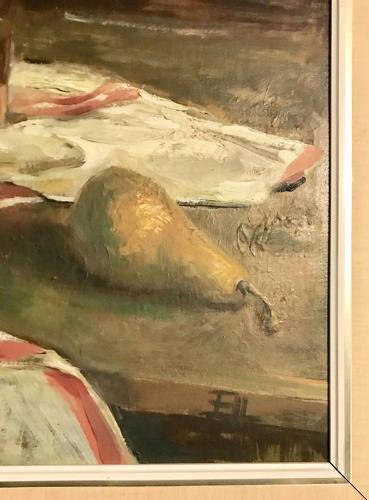 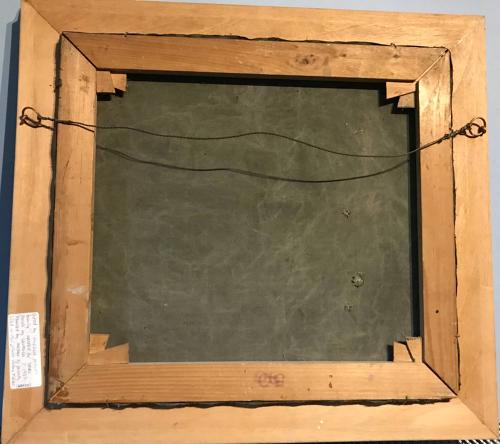 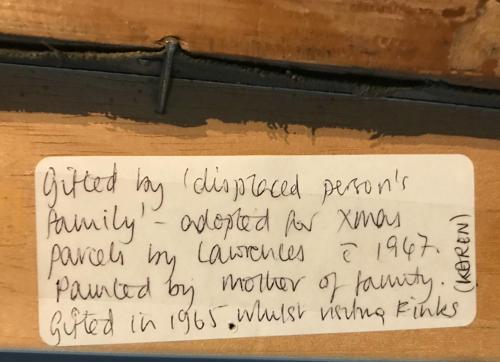 SOLD
A mid century still life of fruit on a table, oil on canvas, initialled to the bottom right, within a period frame with canvas and gilt metal slip.
This is a very nicely executed still life.  The artist remains unknown, however it is most certainly of Continental original given the way the canvas has been stretched.
The reverse bears an intriguing label stating'
'Gifted by 'displaced person's family' - adopted for Xmas parcels by Lawrences circa 1947.  Painted by mother of family. Gifted in 1965 whilst visiting Finks'.
N.B.  Following the end of World War II a number of Displaced Persons Camps were established in Germany, Austria, and Italy, primarily for refugees from Eastern Europe and for the former inmates of the Nazi German concentration camps.  Following a government appeal many British families sent Xmas parcels for inmates of the camps and it would appear that this is what the label on the reverse of this painting is referring to.  The name Finks is of German Jewish origin.