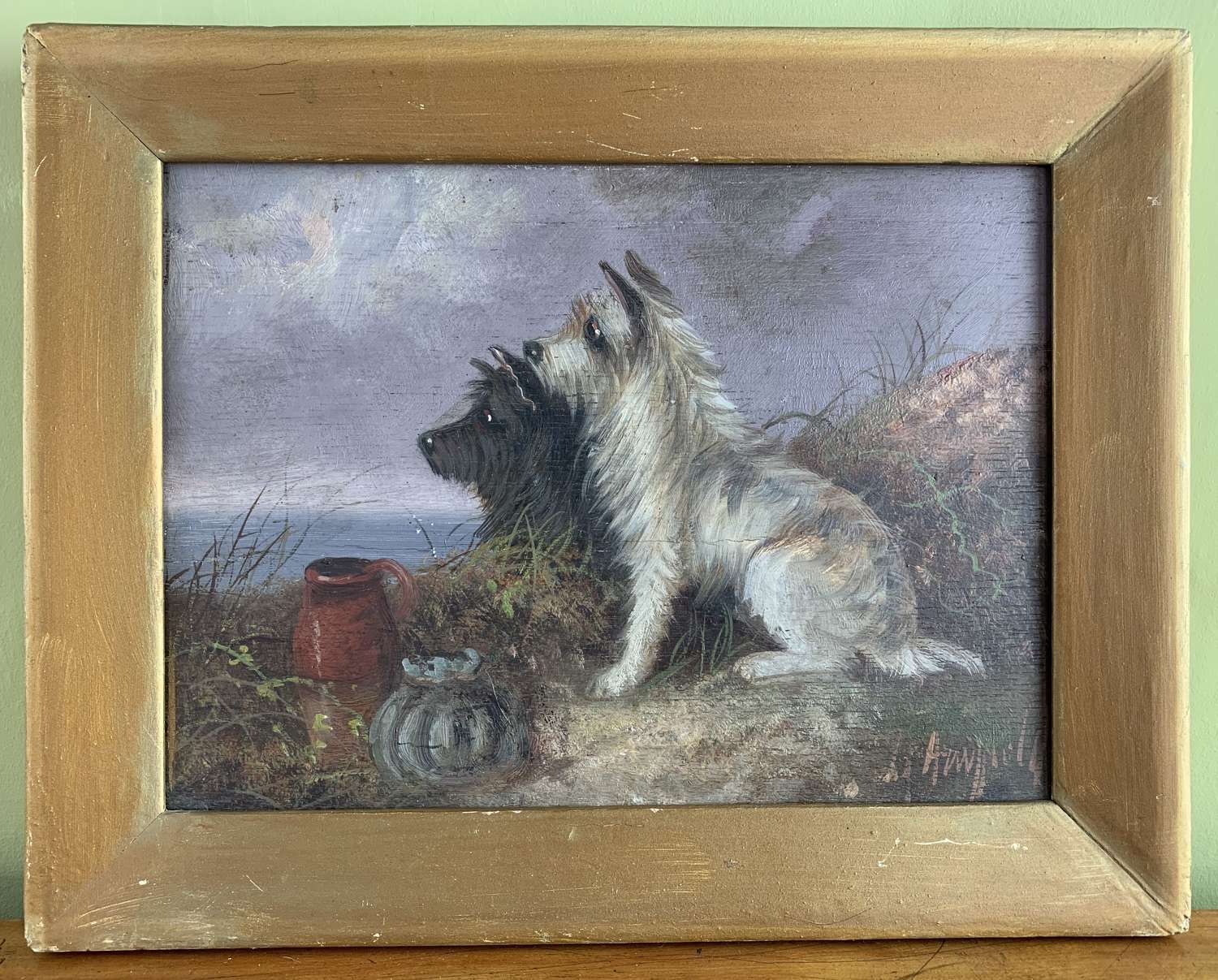 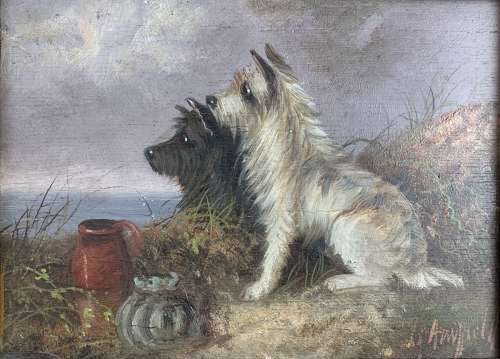 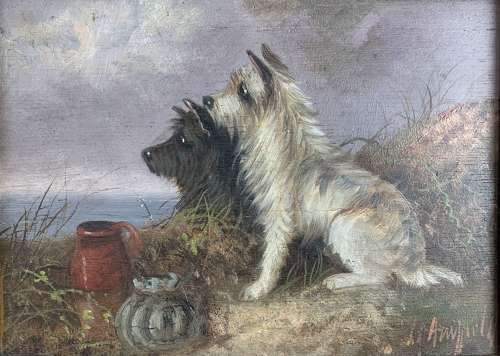 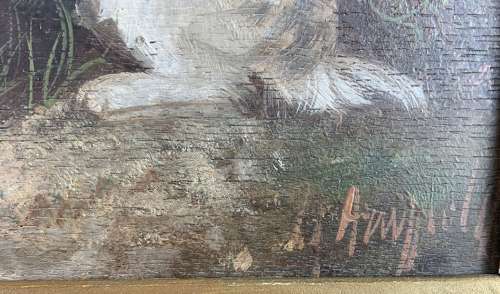 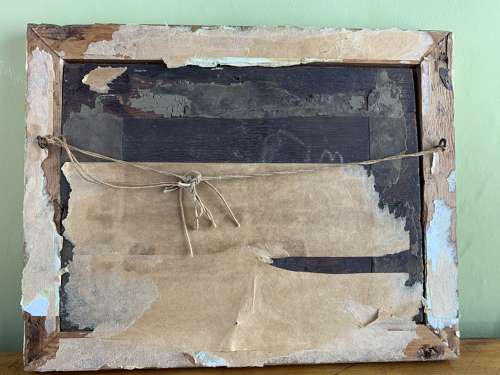 George Armfield is the most renowned dog painter of the 19th century. He was particularly active from 1840 to 1875 as a London painter of dogs, especially terriers. He trained with his father, the portrait painter William Armfield Hobday (1771-1831) and exhibited his first painting at The British Institute in1839. For the next twenty years he exhibited widely including at The Royal Academy.

26cm x 33.5 including frame, the panel itself 20cm x 28cm. The painting is in original condiiton with no overpainting, the frame has been repainted and is scratched.