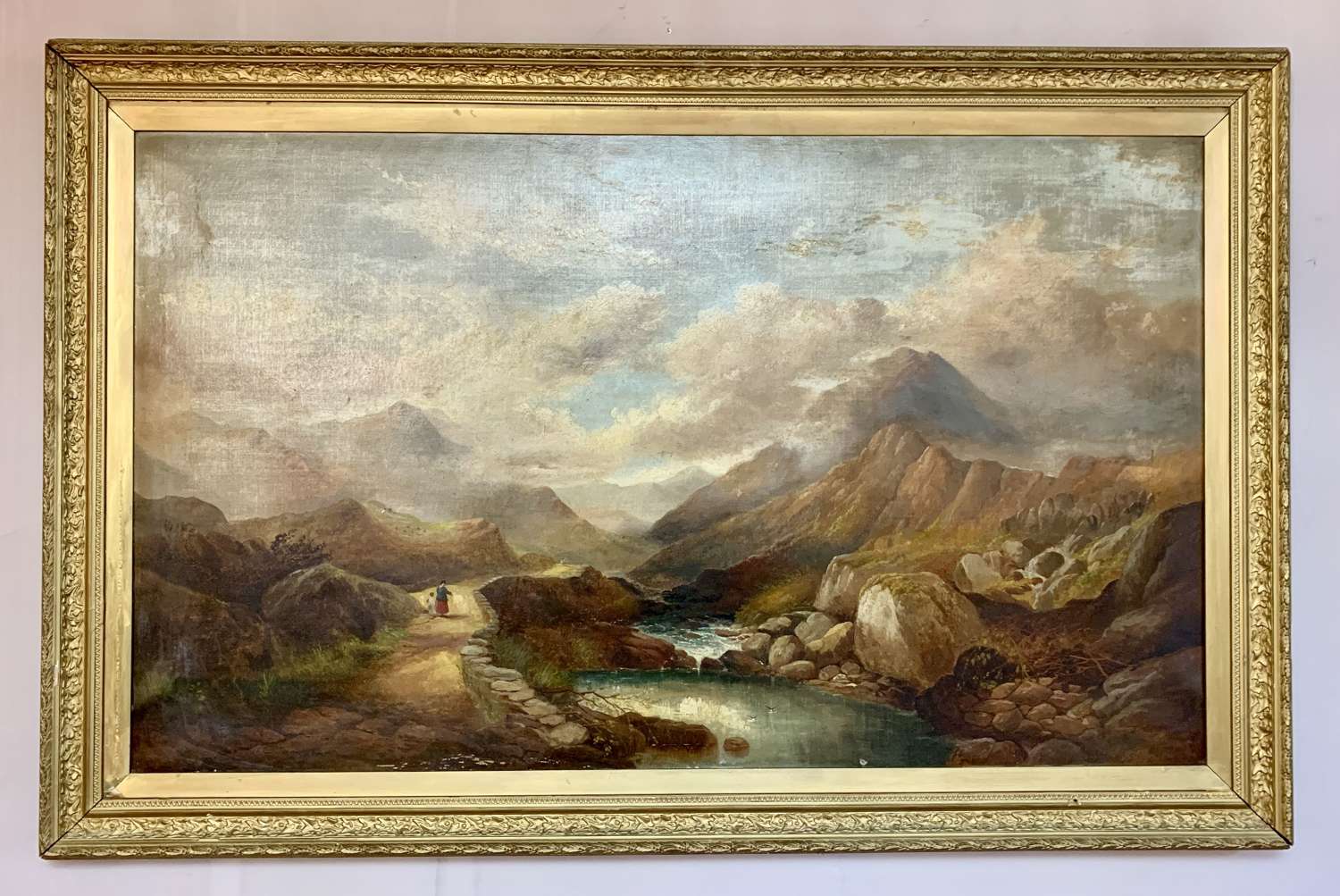 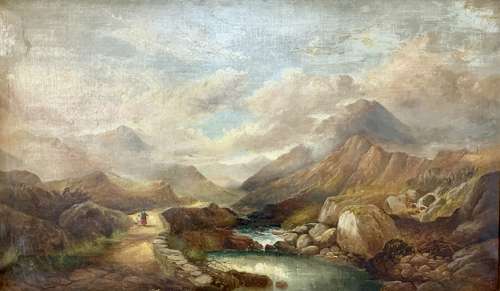 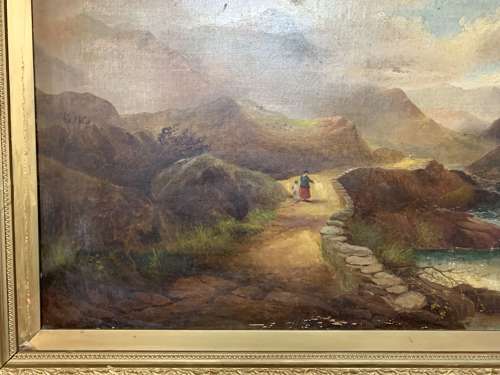 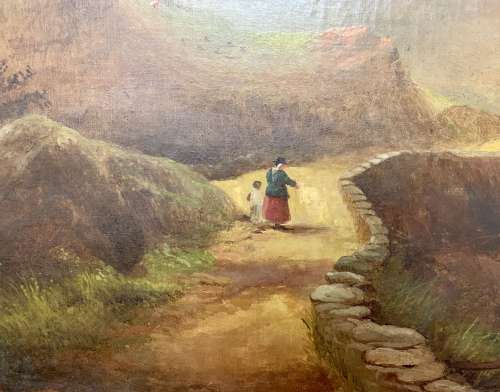 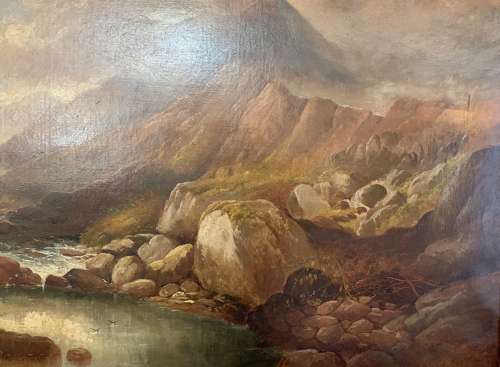 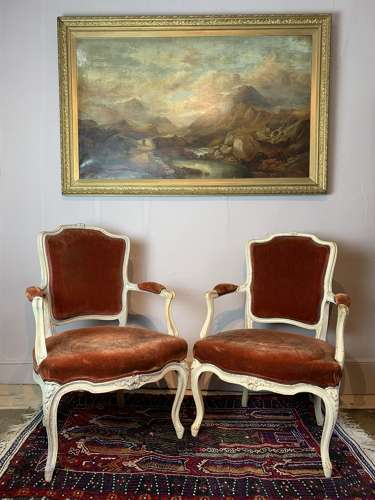 Attributed to Henry Martin Pope (1843 - 1908) A very large scale oil on canvas of figures on a path at Llanberis Pass, Snowdonia, within original frame and indistinct inscription on the reverse.

In original condition with no restoration or overpainting. The varnish is discoloured and the painting would benefit from a clean, some area of flaking to the paint in one place at the bottom edge near the stretcher. The gilt frame is original and has been overpainted in gold at some point in its history. I have not attempted to clean the painting.

Photographed with chairs to give an indication of scale.

NB: The Llanberis Pass in Snowdonia carries the main road from the south-east to Llanberis, over Pen-y-Pass, between the mountain ranges of the Glyderau and the Snowdon massif. At the bottom of the pass is the small village of Nant Peris