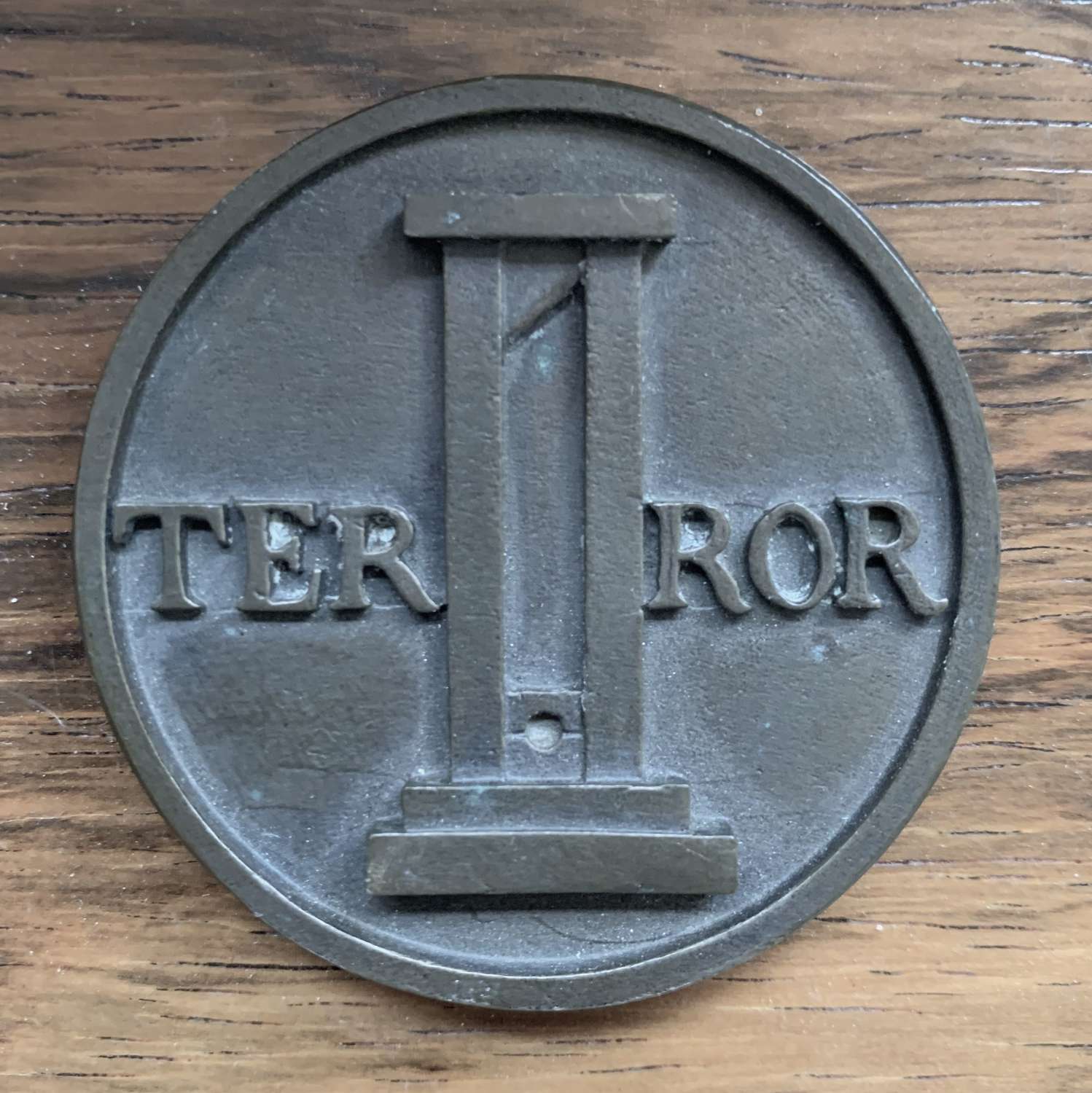 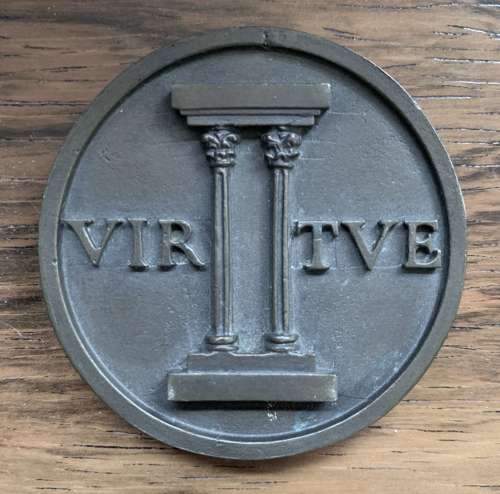 TERROR/VIRTUE: Ian Hamilton Finlay, a bronze patinated medal cast by G.W. Lunt circa 1984, one of an edition of 43 and others sold by the artist.

NOTES: Scottish sculptor, artist and poet Ian Hamilton Finlay CBE (1925-2006) attended Glasgow School of Art and was fascinated by the French revolution. He produced several medals over the course of his career and the theme features in many of his other art works. The explanatory text which accompanied this medal is:
‘THE GUILLOTINE represents (of course) Terror, the classical columns (a visual ‘rhyme’ borrowed from Puvis) not only Terror’s reverse – here obverse – of Jacobin Virtue, but the true Revolutionary mode. ‘In the system of the French Revolution, what is immoral is politically unsound, what corrupts counter-revolutionary. (Robespierre) ‘There are besides, two little columnes or pillastres of this Throne; love appears on the right hand, and feare of Thy justice is to be seen on the left. (Henry Hawkins) ‘A republican government has virtue as its principle, or else terror. What do they want who want neither virtue nor terror? (Saint-Just) ‘Terror is the piety of the Revolution. (Ian Hamilton Finlay)’.

He was nominated for the Turner Prize in 1985.