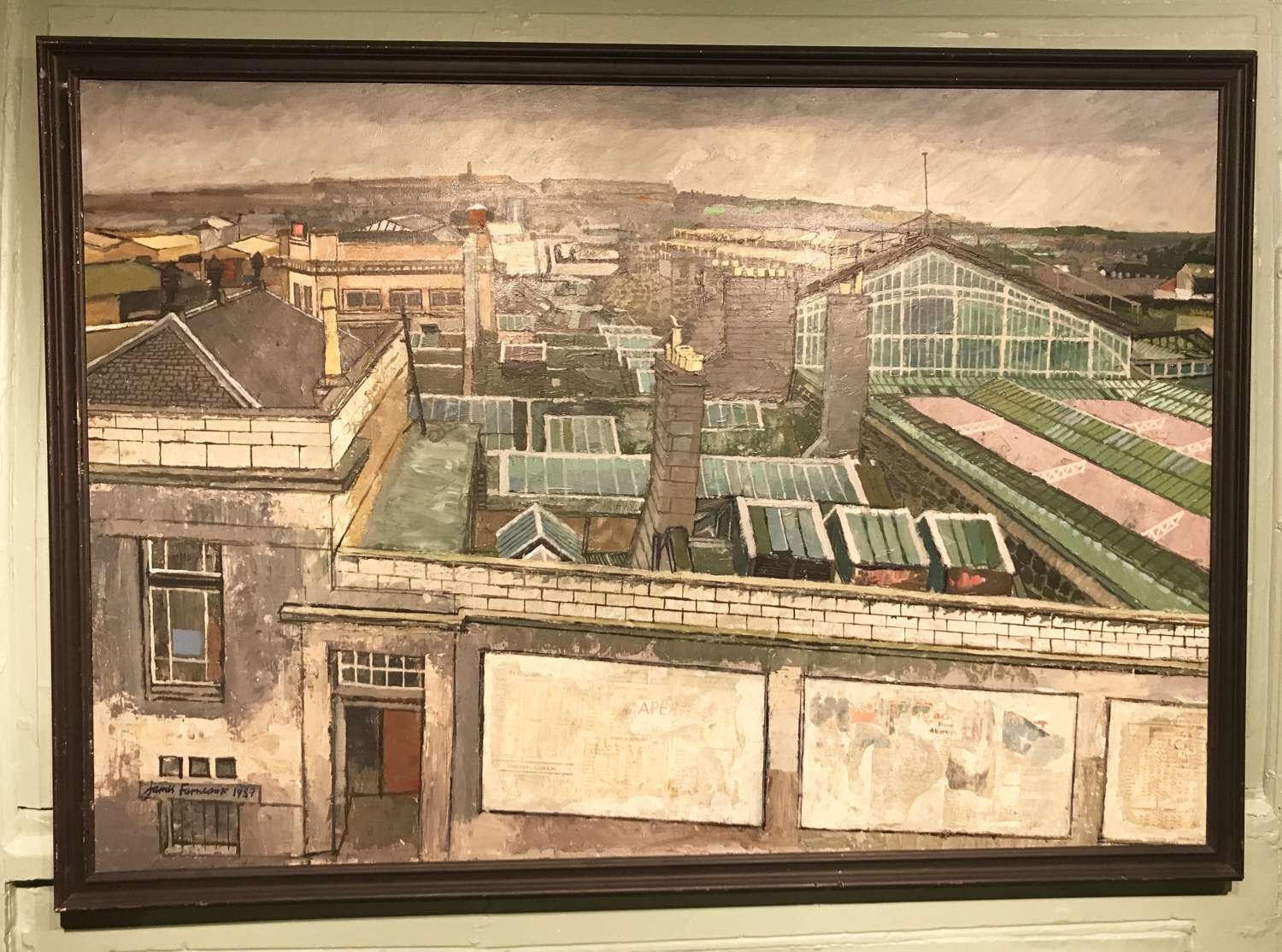 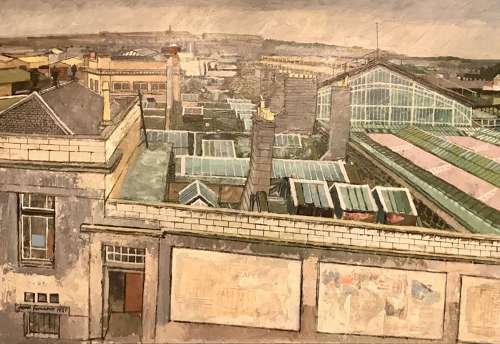 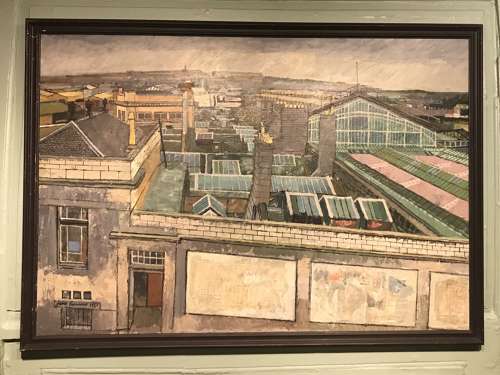 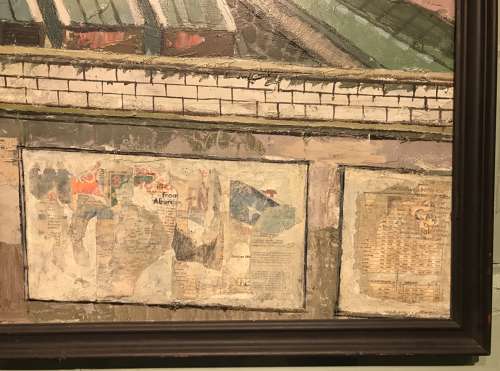 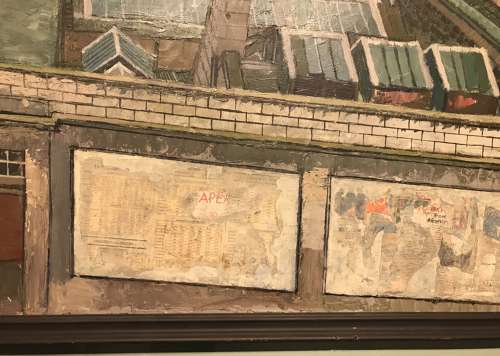 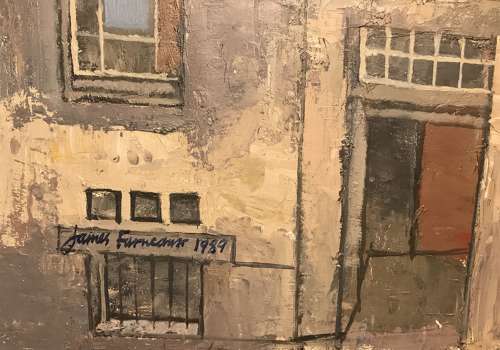 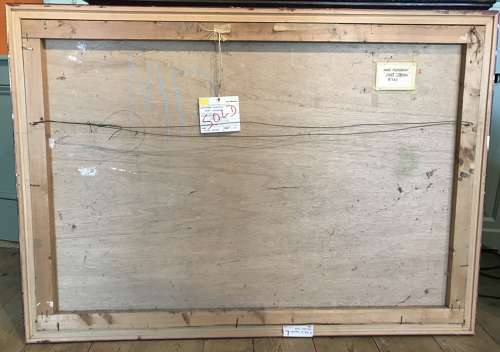 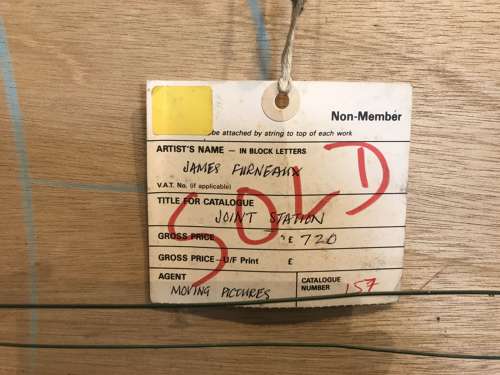 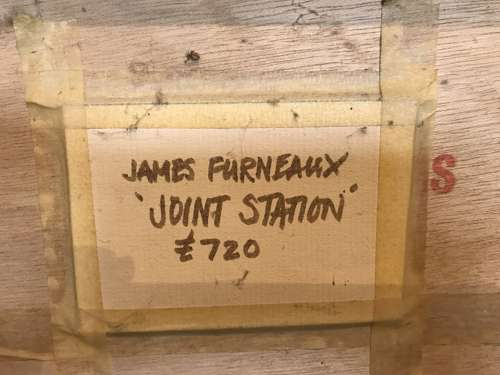 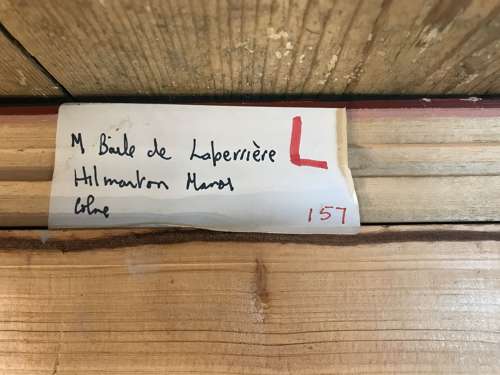 An interesting oil and collage on board of the frontage and roofscape of Aberdeen Railway station, the hoardings in the foreground being collages made from paper scraps and original timetables.

I have been given to understand from a friend of the artist that this view of the rooftops of Aberdeen station was the viewpoint from the window of James Furneaux's studio.

Bearing exhibition labels to the reverse with original 1989 sale price of £720, together with another label titled 'M Baile de Laperriere, Hilmarton Manor, Calne', the original purchaser of the work.

Furneaux’s work is recognised for his interesting depictions of Aberdeen’s architectural landmarks.  The artist had a long and prolific career and was a key individual in the city’s creative communities, having drawn the topography of Aberdeen for over fifty years. Having initially studied architecture, this fondness of the structures of the urban landscape is evident in many of his pieces.  Often using unusual perspectives and lesser-known sites in his work, Furneaux managed to transform the mundane into something more captivating for his audience.  Many examples of his work show how he changes the familiar grey of the Granite City by choosing varying colour combinations; highlighting the unlikely setting and expressing his connection to the city.
Through his unique viewpoint, Furneaux’s work encourages us to see different parts of the place in which we life – and to re-examine the familiar in a new light.