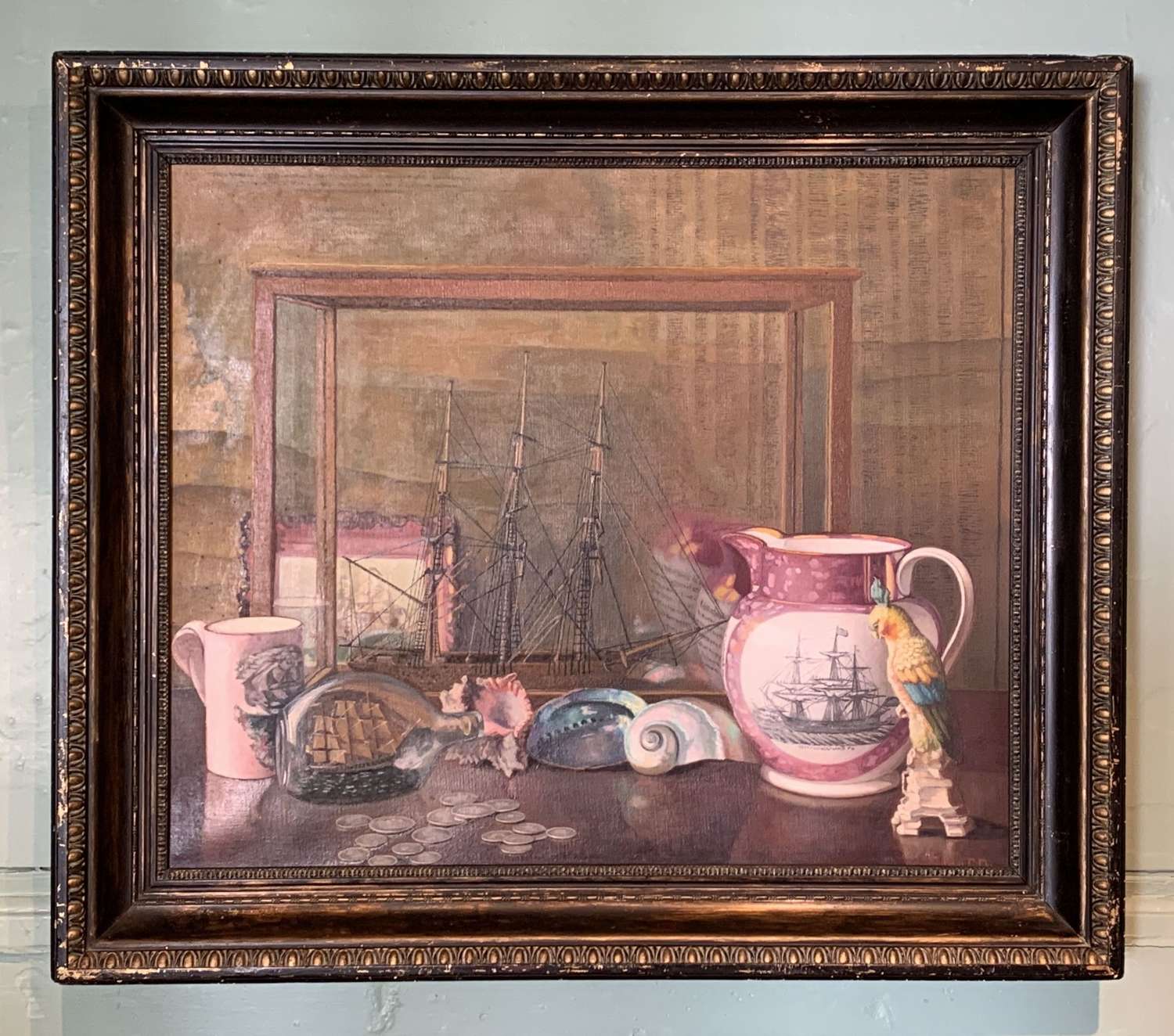 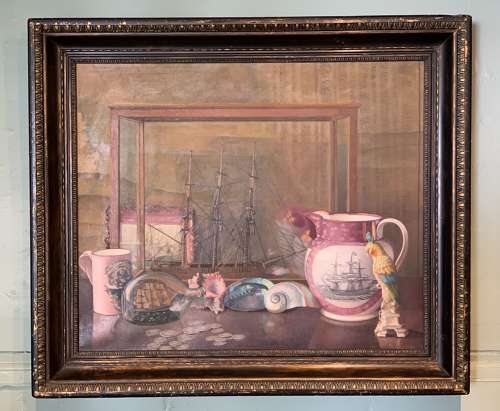 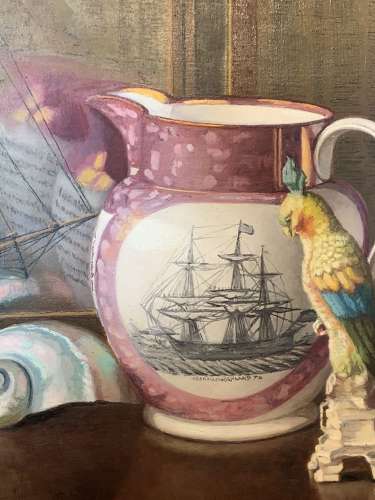 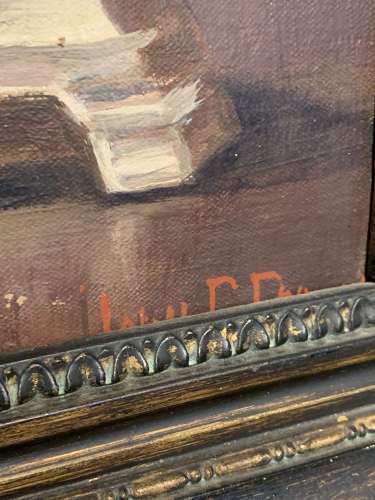 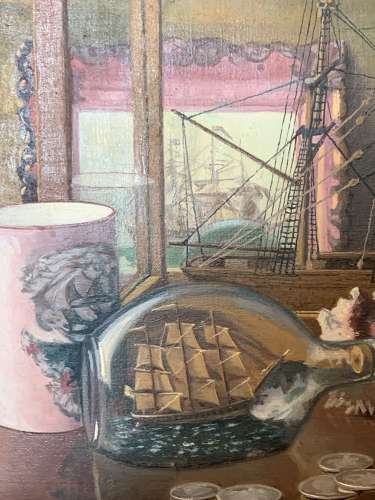 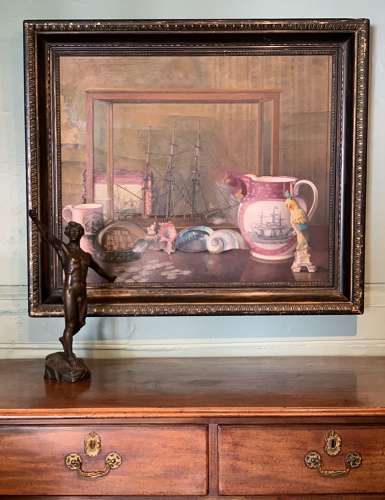 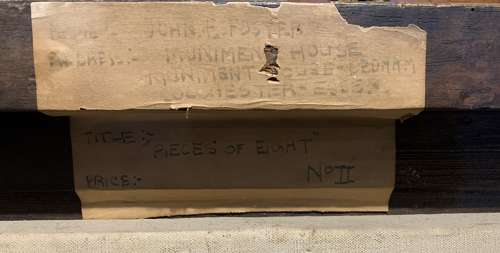 John Ernest Foster (1877-1968) "Pieces of Eight", oil on canvas of items of Antique and Maritime interest, including a Sunderland lustre jug, a ship in a bottle, a ship diorama, all against a backdrop of a map. within original artists frame.

John Ernest Foster, was born in Hull, Yorkshire, July 1877.  He studied at the Royal College Art and as a young man John spent some time at Cork, Ireland but returned to Yorkshire before settling at Dedham on the Essex/Suffolk border. He predominantly painted flowers and still lives, and was a member of the Ipswich Art Club 1928-1946, exhibiting annually from The Corner House, Dedham. He also exhibited at the Royal Academy Summer Exhibition; Liverpool Walker Art Gallery; Royal Institute of Painters in Water Colour; London Salon and elsewhere. Ferens Art Gallery, Hull has Foster's oil on canvas 'Delphiniums and Roses' dated 1928, which was presented to them by the artist in 1954, in memory of his wife. He signed his works 'J. Ernest Foster'.