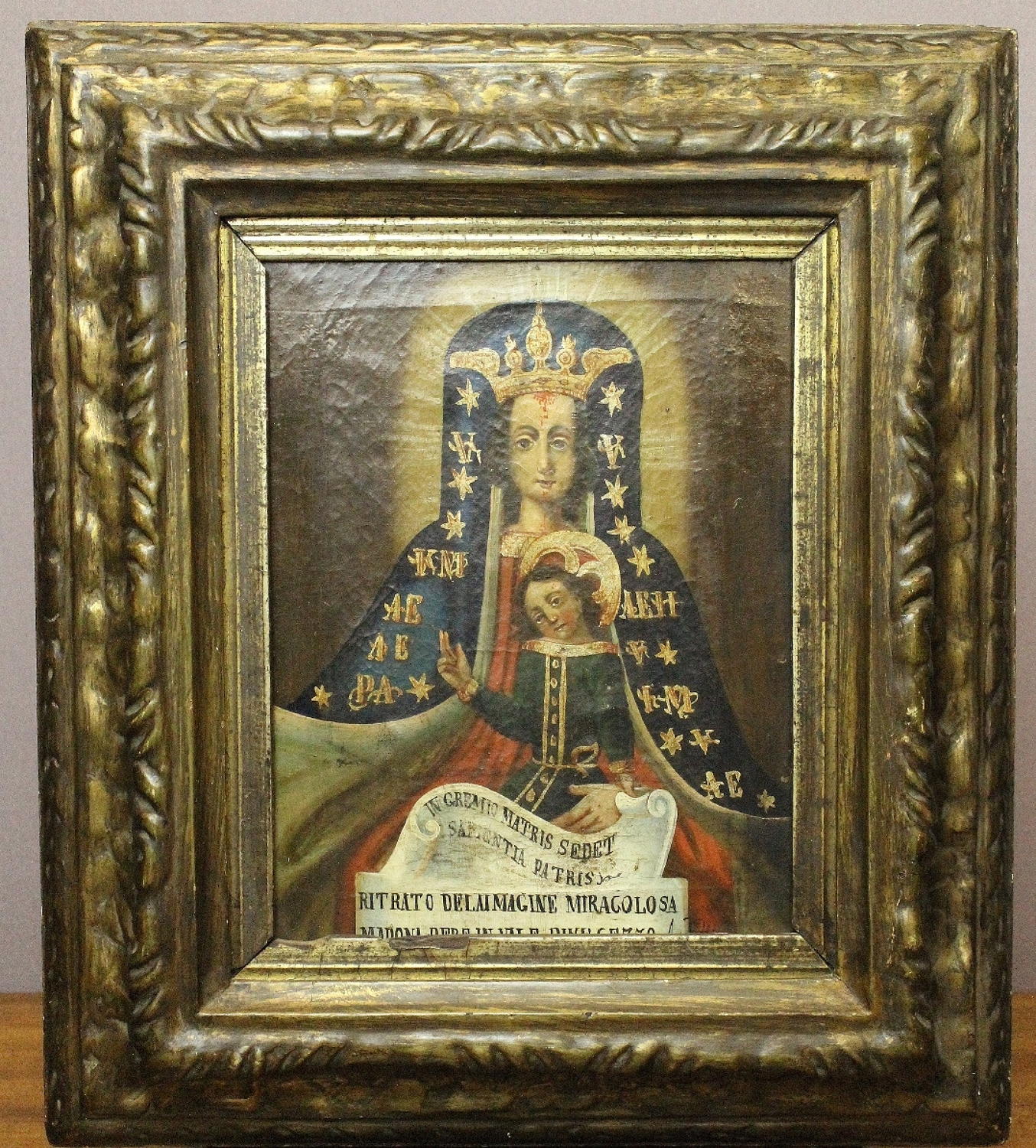 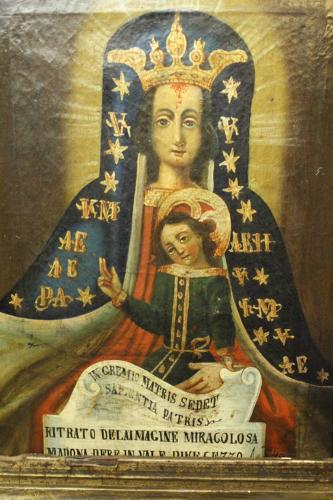 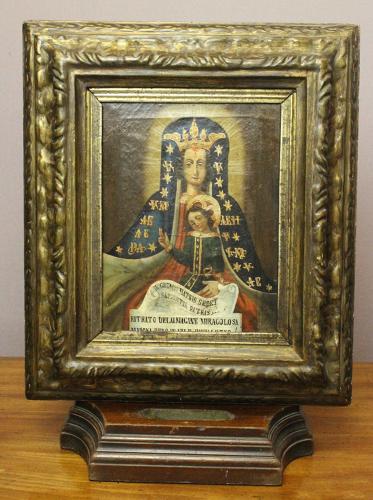 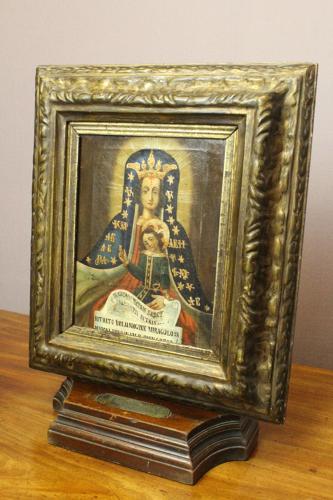 SOLD
Italian School, mid 19th Century, 'Madonna del Sangue', oil on canvas, inscribed and dated 1843?, within a 19th Century gilt-wood frame.
Inscribed:
IN GREMIO MATRIS SEDET SAPIENTIA PATRIS
RITRATO DELAIMAGINE MIRACOLOSA
MADONA DERE IN VALE DIVE GEZZO a.1843'?
40cm x 35cm including frame (canvas 27cm x 20cm)
The painting is a representation of the 'Madonna del Sangue', also known as the 'Madonna of the Blood', from the commune of Re in the Piedemont area of Italy.  An important pilgrim destination, the sanctuary at Re is devoted to the Virgin Mary, built on the site where it is said a miracle occurred in 1494 when small fresco of the nursing Madonna started bleeding after being hit by a stone.
`1