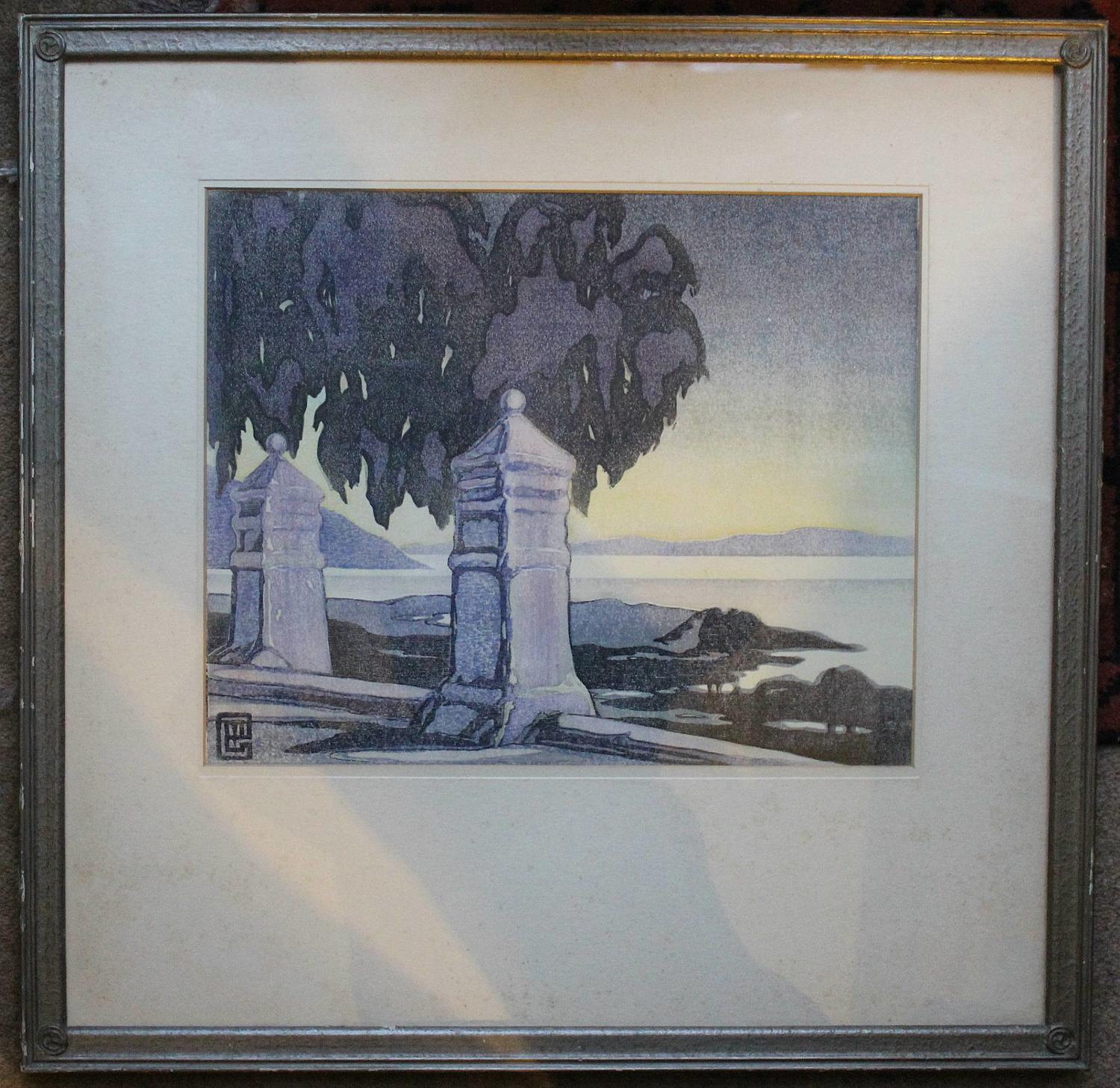 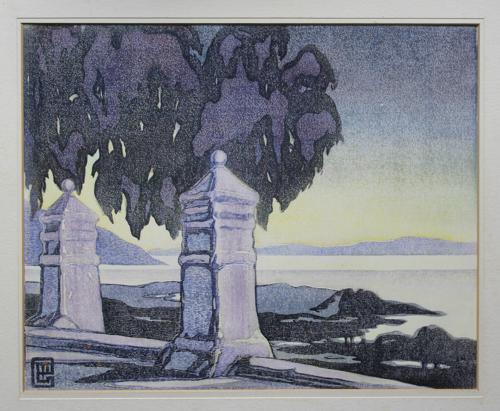 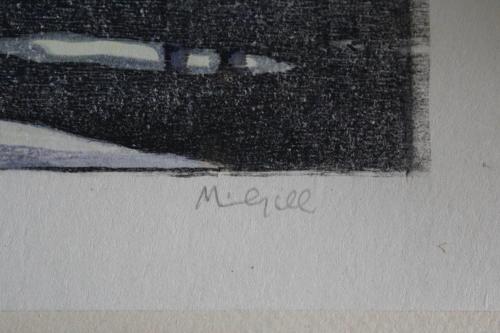 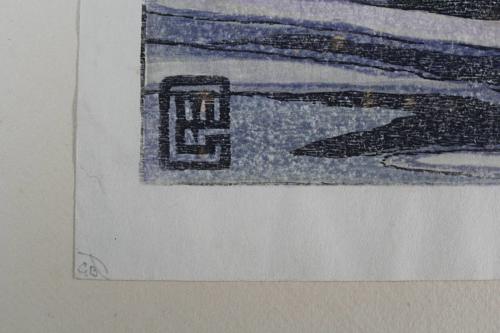 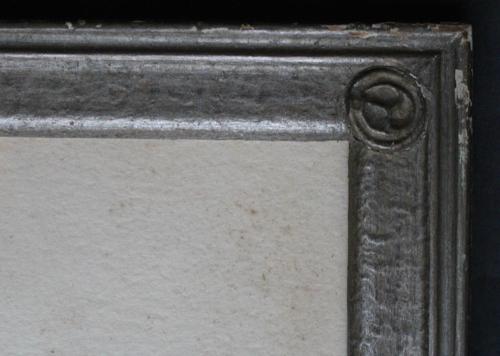 Marion Gill (1879-1959) - "Cape Sunset", Coloured Woodblock, dating from the 1930's, bearing monogram and signed in pencil (under the mount), within original textured frame in the Japanese taste with circular mon type symbol at each corner.

56cm x 57cm including frame (plate size 30cm x 38cm)
Marion Gill was born in the U.K. in 1879.  She studied at the Slade School of Fine Art, London and at Newcastle-upon-Tyne art school, where she experimented with sculpture and craft-work.  However, she discovered her true medium on attending Edinburgh School of Art, where she mastered the technique of making colour woodblock prints in the Japanese manner.  She followed tradition in making her prints, one black being cut for each colour and the printing done using hand pressure.  She also made woodcuts in black and white.

Gill exhibited widely, including the Royal Scottish Academy, The Paris Salon, the Society of Graver Printers and the Colour Woodcut Society, beside various annual exhibitions in South Africa where she lived from 1925 to 1957.  In March 1933, she held a very successful solo exhibition in Cape Town.  Although predominately a printmaker, she also worked in oils, pastels, watercolour and chalk, producing landscapes as well as architectural and flower studies in these media.  She worked at the South Africa Museum in Cape Town with her brother Dr. Leonard Gill and died in the U.K. in 1959.    http://www.sahistory.org.za/people/marion-gill

A similar woodblock by Marion Gill sold at Bonhams, London in 2012 for £600 plus premium.