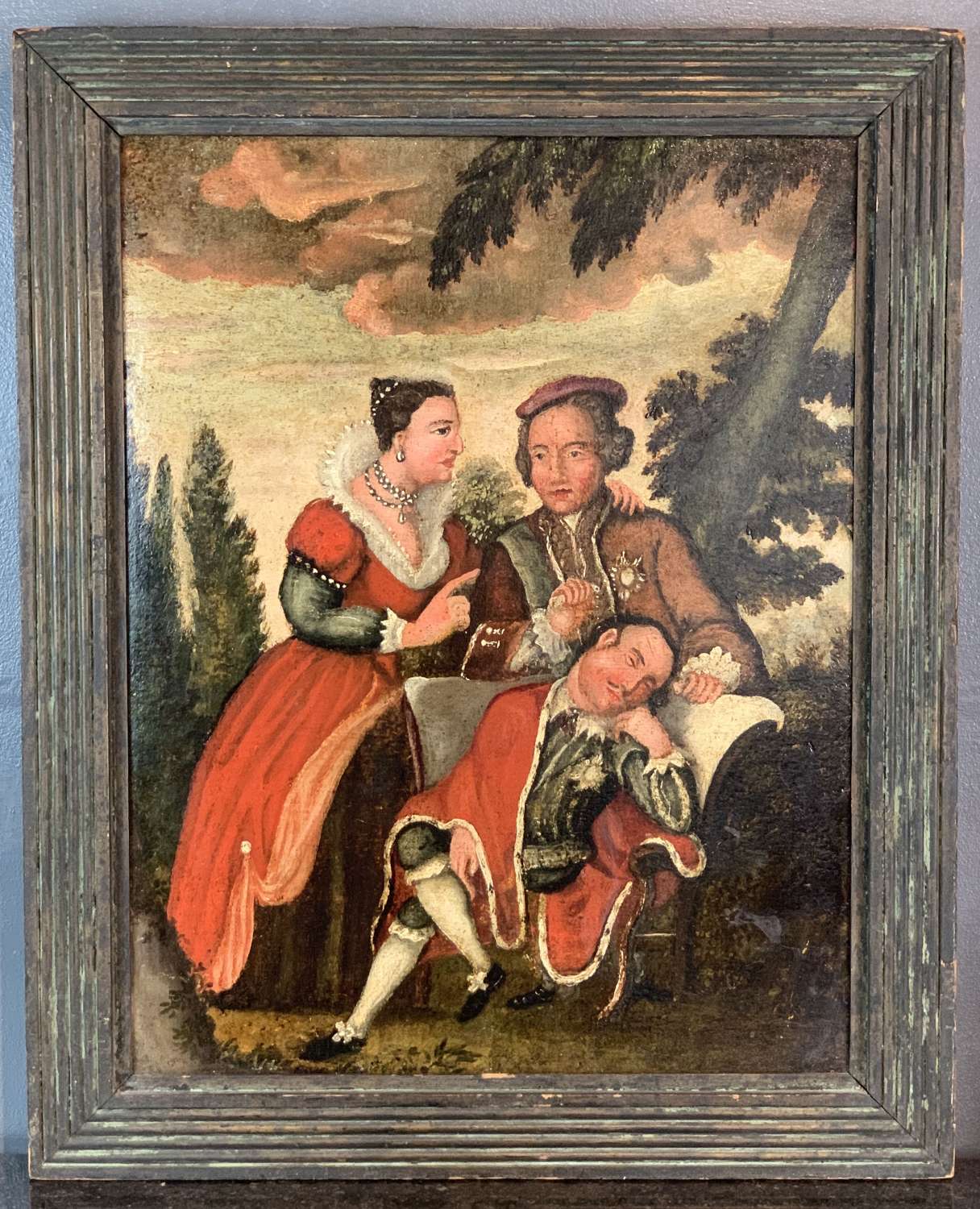 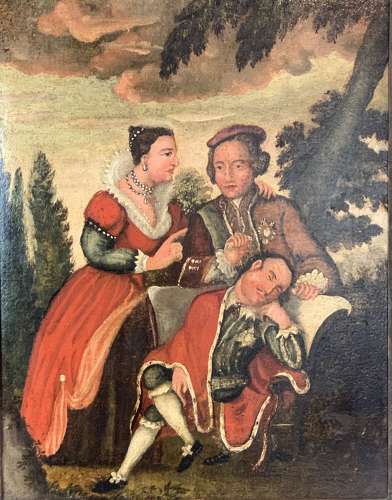 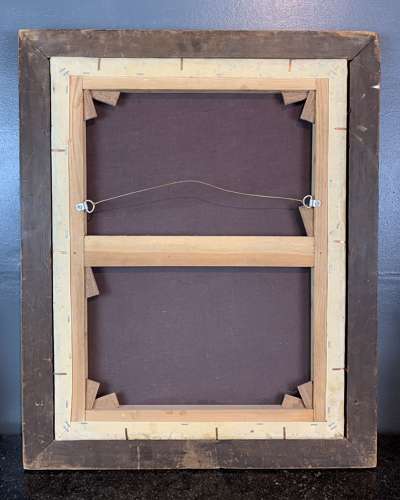 British School, early 19th century of Scottish interest. An interesting and naive vernacular allegorical scene with storm clouds symbolically gathering overhead, possibly depicting a cuckolded nobleman or royal personage asleep on a chair, a noble woman (perhaps his wife) in conversation with another nobleman who appears to be holding a phial of sleeping draught, both men wearing chivalric orders on their breasts.

Restored and re-lined, within an old, sympathetically aged frame.