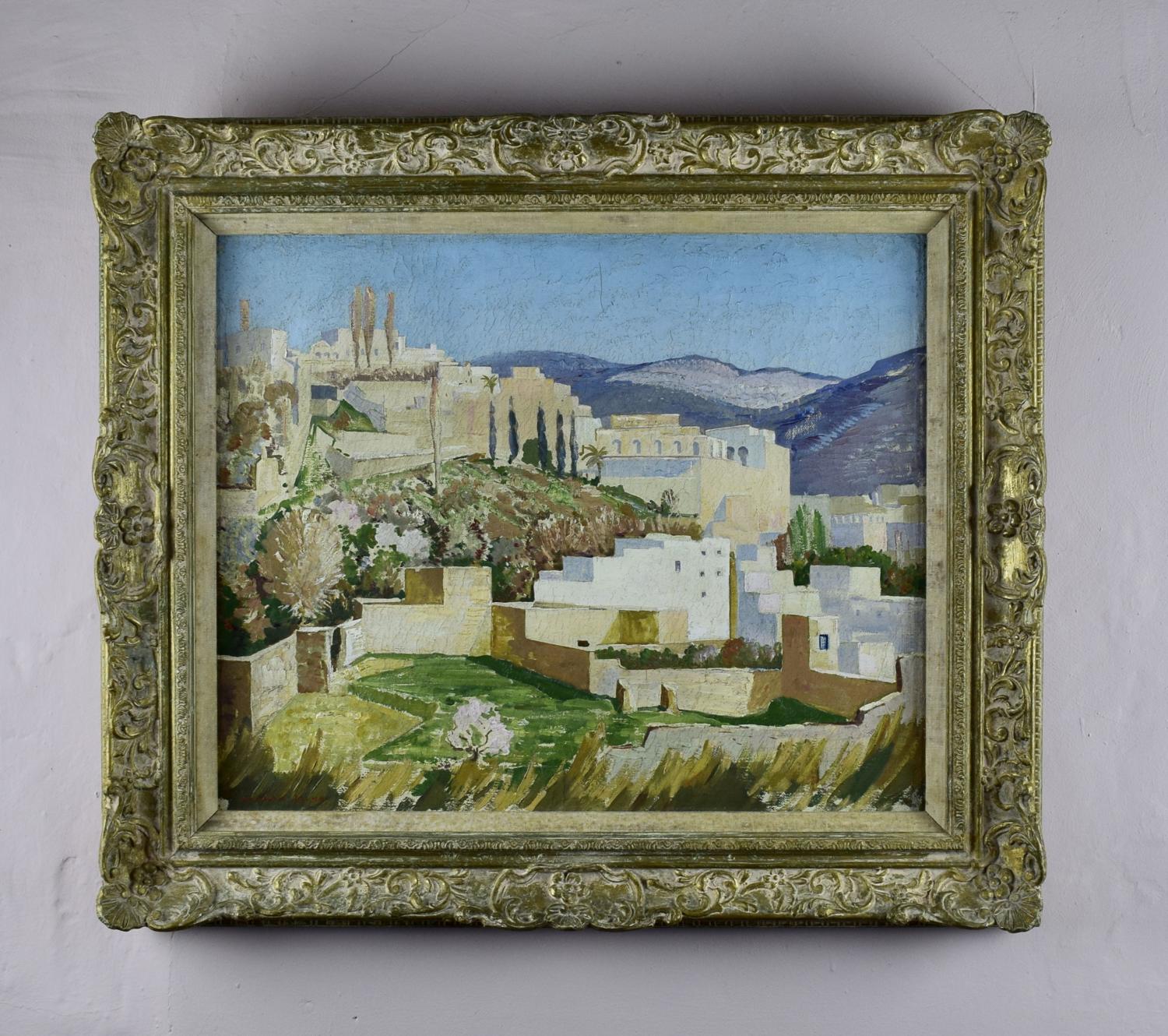 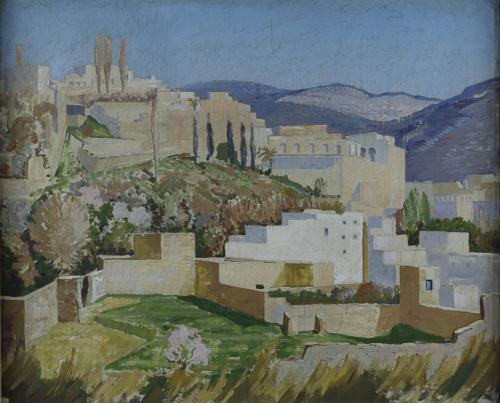 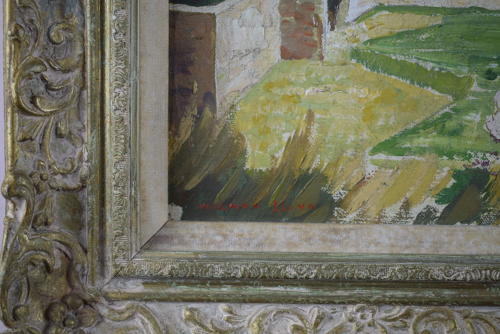 Norman Lloyd Oil on Canvas of a Mediterranean Hilltop Village

Norman Lloyd was born in New South Wales Australia in 1893 and studied painting at Art school in Sydney. Time spent in Europe whilst in the army sparked a love affair of the Mediterranean, however he returned to Australia after an injury and from 1921 to 1926 he exhibited with galleries in Sydney and Melbourne, showing landscapes and Sydney harbour scenes. From 1926 to 1929 he travelled widely in Italy and France, exhibiting in the UK, France and Australia, culminating in a solo exhibition at Macquarie Galleries in Sydney. In the 1930s, Lloyd emigrated to London with his wife Edith, setting up a boarding house in St Johns Wood and establishing himself quickly in the new society and his house became a meeting point and home for many Australian expats, among them painters Will Ashton, Alison Rehfisch and George Duncan.

In 1936 he was elected a member of the Royal Institute of Oil Painters (ROI) and of the London Sketch Club, over which he presided during 1941 to 1942.He also kept his connection with Australia by becoming a Fellow of the Royal Art Society of New South Wales, and in 1949 Henry Hanke’s portrait of Norman Lloyd was chosen to be hung in the Archibald Prize of the Art Gallery of New South Wales.

From 1933 until 1970, Lloyd exhibited regularly with the ROI, and showed at the Royal Academy, London. The titles testify of Lloyd’s love for mediterranean Europe - Italy, Spain, France, Turkey and Morocco, inspiring joyful land, sea and mountainscapes, in a style that evoked impressionism. Lloyd was a prolific painter who was able to paint fast, preferring textural oil and pastels.

From 1947 onwards, Lloyd spent the summers with Zénaide Chaumette - whom he had met in Paris after the war -  at Chassignolles in France. This liaison strengthened his connection with France and led to his exhibiting at several Salons of the Société des Artistes Français from 1947 until 1962, and also at the Salon d’Hiver in Paris. After the death of Zénaide Chaumette in 1954, Lloyd was willed Chaumette’s house in Chassignolles until he died, and it seems that he moved to Chassignolles permanently in 1974, at the age of 80 after the death of his wife, Edith. He died in England in 1983.

In 1989 & 1990, Lloyd’s work was shown at Savill Galleries in Sydney alongside a number of important Australian artists. In 1990 Christopher Day Gallery, Sydney, dedicated a solo exhibition to Norman Lloyd, and 1991 saw his work again at a group exhibition in Deutscher Fine Art, Melbourne.

His work is held in many international public and private collections.